For the third time in its eight-year history, the Weird Sisters Theatre Project has a new team of producers. These five women — Natalie Fox, Asia Howard, Renita James, Erika Miranda and Ibi Owolabi — are expected to lead the company, which does theater by women for everyone — for  two years.

Fox, primarily a director, has a B.A. in theater performance from the Santa Fe University of Art & Design. She’s most recently collaborated on Our Town at Theatrical Outfit and Slaying Holofernes at Essential Theatre. Upcoming projects include A Christmas Carol and The Importance of Being Earnest at Theatre Buford. 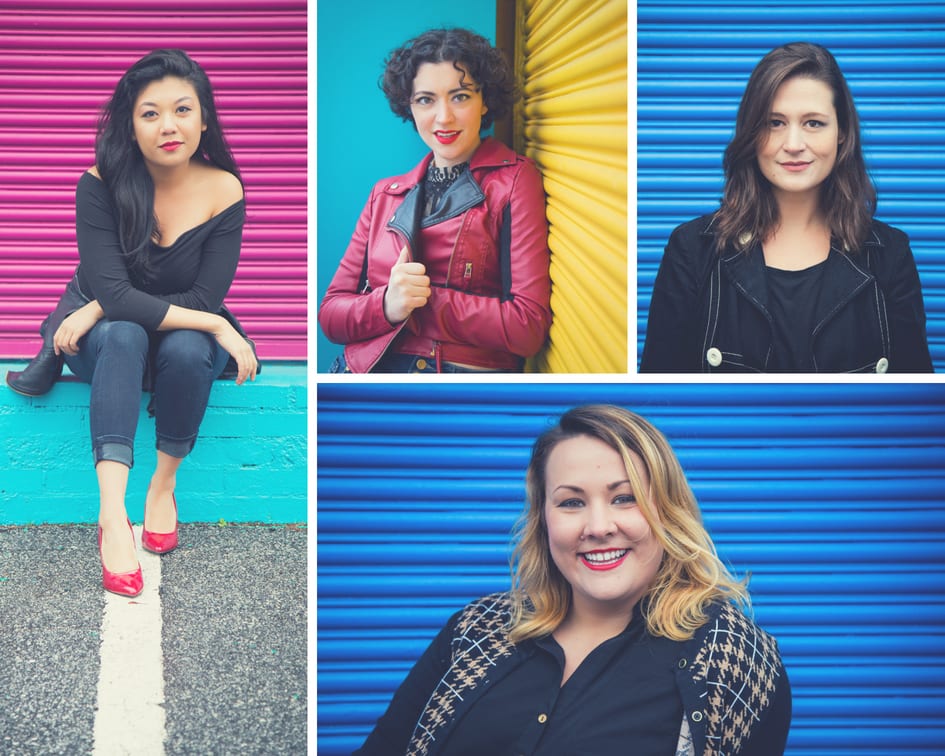 Howard, an actor, has most recently been seen in Our Town and The Laramie Project at Theatrical Outfit, Pipeline at Horizon Theatre and Skeleton Crew at True Colors Theatre Company.

James is an educator and actor who works at Aurora Theatre as education director. Her stage credits include FML: How Carson McCullers Saved My Life at 7 Stages, 12 Dates at Aurora,  Once Upon a Mattress at Stage Door Players and Petite Rouge at Synchronicity Theatre.

Miranda has a B.F.A. in acting from the Theater School at DePaul University in Chicago. She’s worked in Los Angeles and Chicago’s storefront theaters and studied in London. Recent stage credits include The Wolves at Horizon Theatre, Slaying Holofernes at Essential Theatre and Frankenstein’s Funeral with Found Stages. She plays Lydia Wickham in The Wickhams: Christmas at Pemberley at Theatrical Outfit (November 27–December 29).

Owolabi is a film and theater director with a B.A. in theater from Georgia Southern University. She’s been a directing intern at Actor’s Express and is now the Kenny Leon Fellow at the Alliance Theatre. Her favorite directing credits include The Electric Baby with the Weird Sisters, Here Comes the Sun at the D.C. Black Theatre Festival and The Nether, which recently closed at Theatre Emory.

No word on when the first production will come from Team 3, but if the pattern holds, look for something in summer 2020. Weird Sisters generally does one to three shows per year plus staged readings and other events.

The Atlanta Musical Theatre Festival is accepting submissions — no later than January 15 — for its fifth annual event. To date, the festival has showcased 15 new musicals, which were seen by more than 2,000 theatergoers.

Submissions must include at least 10 minutes of music from an unproduced full-length musical in .mp3 format, a completed script and synopsis in PDF format and a nonrefundable $25 fee. Complete details HERE.

Three past winners have gone on to new productions or development labs. Wonder Women has been chosen for the 2020 Chicago Musical Theatre Festival; The Yellow Wallpaper is part of the highly selective 2019 Alliance Theatre’s Reiser Atlanta Artists Lab, is in the midst of development and should hold a public reading/performance this spring or summer; and Sundays at Four recently earned a top honor at the Atlanta Black Theatre Festival.