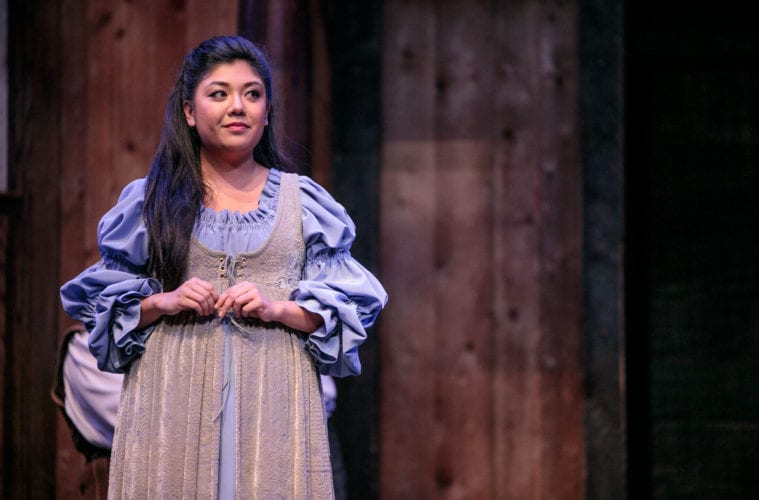 Every week, our editors and guest writers give you their top six picks for the weekend’s best shows. This week, a new comedy opens at Aurora Theatre, and dramas come to a boil outside of the perimeter. Be sure to check out our metro Atlanta theater map to see a full list of performance venues by county.

City Springs Theatre Company, Billy Elliot Billy Elliot the Musical is based on the hit film featuring a score by music legend and part-time Atlantan Elton John. Set in a northern English mining town against the background of the 1984 miners’ strike, Billy Elliot the Musical is the inspirational story of a young boy’s struggle against the odds. Follow Billy’s journey as he stumbles out of the boxing ring and into a ballet class, where he discovers a passion for dance that inspires his family and community . . . and changes his life forever. Through May 12.

Shakespeare Tavern Playhouse, Hamlet Shakespeare’s greatest tragedy is being presented by the Atlanta Shakespeare Company. In three acts, they tell the story of how Hamlet losing his father changes Denmark forever. Through May 5.

New Marietta Theatre in the Square, Real Life: An Original Hip-Hopera Reminiscent of the edgy, taboo elements of Rent and the social, cultural and economic critiques of In the Heights, Real Life is a one-man show that explores the nuance of urban living. Through May 5.

Synchronicity Theatre, The Hero’s Wife When Karyssa’s Navy SEAL husband, Cameron, returns home from war, the young couple struggles to reconnect. However, PTSD and secrets between them make that connection hard to make. As Karyssa gets closer, the more dangerous Cameron becomes, but she won’t stop until she unearths the secrets of the man she loves and lights his way home. Through May 5.