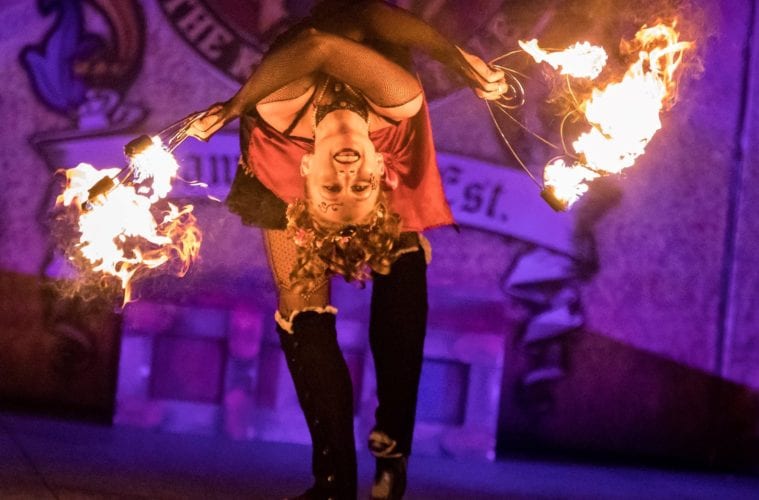 The Atlanta Fringe Festival is back for a sixth year and taking over venues all across the city this week. This celebration of independent theater artists includes acts from Atlanta and across the country creating interdisciplinary and experimental theater experiences. Our editors and writers have gone through the program lineup, listened to all of the Audio Fringe plays (you’re welcome) and selected our picks for the best of the fest. Take a look at our picks below and view the full lineup.

Highland Ballroom, Politely Angry: An Hour of Socially Conscious Comedy Pittsburgh-based comedian Krish Mohan explores war culture, immigration, economics and more with his quick wit and quirky attitude. Described as “dangerously perceptive and honest, but somehow still loving and inclusive” by venues across the country, Krish’s show will make you think and laugh at the same time. June 6 at 9:30 p.m., June 8 at 6:30 p.m. and 11 p.m. and June 9 at 5 p.m.

The Wrecking Bar, To Free a Mockingbird Memory Lane is a street Grace Aki would rather not walk. At 22, she discovered that she had bipolar 2 disorder, that she was sexually abused and that her father was an alcoholic. This is her story and maybe yours as well. To Free a Mockingbird is a combination of storytelling and stand-up, with heart. June 7 at 9:30 p.m., June 8 at 2 p.m. and 8 p.m. and June 9 at 3:30 p.m.

7 Stages, Through a Tale Darkly Victorian horror troupe Phantasmagoria is Atlanta’s most haunting theater company. Join Phantasmagoria as the group embarks on their newest journey through tales from literature, mythology and folklore. From Edgar Allan Poe’s “The Black Cat” to Charles Dickens’ whimsically macabre Captain Murderer, expect dance, puppetry and haunting storytelling. June 7 at 9:30 p.m., June 8 at 3:30 p.m. and 8 p.m. and June 9 at 2 p.m. This year, Atlanta Fringe is offering more than a dozen original productions by independent artists that you can listen to on the go. All audio shows are up through June 16. The performer whose show gets the most listens/shares earns a $100 prize.

If I Should Die Tonight; A Tribute to the Trials and Triumphs of Marvin Gaye by Rajpa Productions Based on interviews and historical documentation, this musical play examines the alleged events leading up to the moments of Marvin’s untimely death. The performers explore Marvin’s inner, emotional turmoil, talents and sentiments and the estranged, abusive relationship between him and his father, Marvin Gaye Sr.

Dinner for One by Michael Kaluzny After a chance encounter at a voodoo store, dinner is not what it seems.

The 365 Solo Project by Bridgette Burton With a pen and paper, a young woman explores questions about love, sex, money and faith in this one-woman exploration through spoken word and music. One second at a time in this 365 journey, she gets closer to finding her. 7 Stages, The Legend of the Pink Elephant Set in the Congo, this story is about an elephant that is born pink. He is bullied for being different, but his difference saves the day. This show is a message of love and compassion in a time fueled by intolerance and hate. June 6 at 11 p.m., June 7 at 8 p.m. and June 8 at 2 p.m. and 9:30 p.m.

Springvale Park, Outdoor Family-Friendly Fringe All weekend long, performances are free and open to the public, and there also will be food trucks, King of Pops, balloon animals and puppet-making from the professionals at the Center for Puppetry Arts. June 6–9.

Toy Adventure by Jessica Bodiford This family-friendly audio performance is about a young girl’s favorite toys getting lost in the Caribbean. Join Mr. Potato Face, Matelle, and Basic Bob on an epic adventure on the magical island of Haiti!