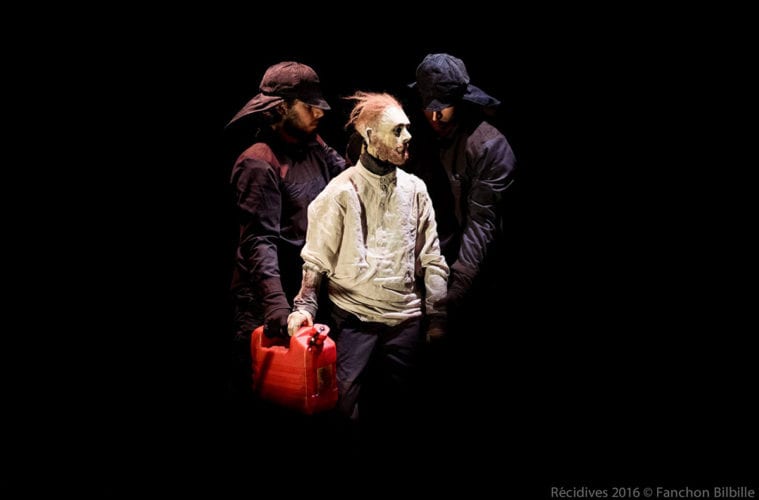 Every Thursday, our editors and guest writers give you their picks for the weekend’s best shows. Be sure to check out our metro Atlanta theater map to see a full list of performance venues by county.

Center for Puppetry Arts, Ashes Puppet shows aren’t just for kids, and it’s best to leave the little ones at home for this one. In this thriller, a small Norwegian town is being terrorized by an unknown arsonist. Based on Gaute Heivoll’s 2010 novel Before I Burn, more than fire, this show examines what’s left once the dust settles. Running only March 1–3.

Marietta’s New Theatre in the Square, The Mountaintop Most people think of Rev. Martin Luther King, Jr. as a puritan, nonviolent civil rights legend. However, in playwright Katori Hall’s 2010 play, she tries to uncover the man behind the myth. Set in the Lorraine Motel during the final hours of his life, this imagining of those final hours offer a take on how King got to the other side. Through March 10.

Theatre du Reve, Code Noir Performed in French with English supertitles, this is the first Theatre du Reve production featuring a story from the French-speaking African diaspora. Code Noir: Les Aventures du Premier Comte de Monte Cristo (Black Code: The Adventures of the First Count of Monte Cristo) tells the story of General Alex Dumas, one of Frances’ most celebrated generals. Thandiwe DeShazor, who Atlanta audiences will recognize from the Actor’s Express productions of Angels in America and The Legend of Georgia McBride, stars in the title role. Through March 10.

Theatre Buford, A Streetcar Named Desire The world is changing, and Blanche DuBois is grasping at every remnant of the Old South that she can save. The bank has repossessed the family plantation Belle Reve, leaving her in squalor. Desperate, she travels to New Orleans to visit her sister Stella and Stella’s jealous husband, Stanley. When she can’t find comfort there, she escapes into her mind, which is the last place she needs to be. A strong ensemble cast, starring Courtney Patterson as Blanche, delivers a formidable production of this Tennessee Williams classic. Through March 3.