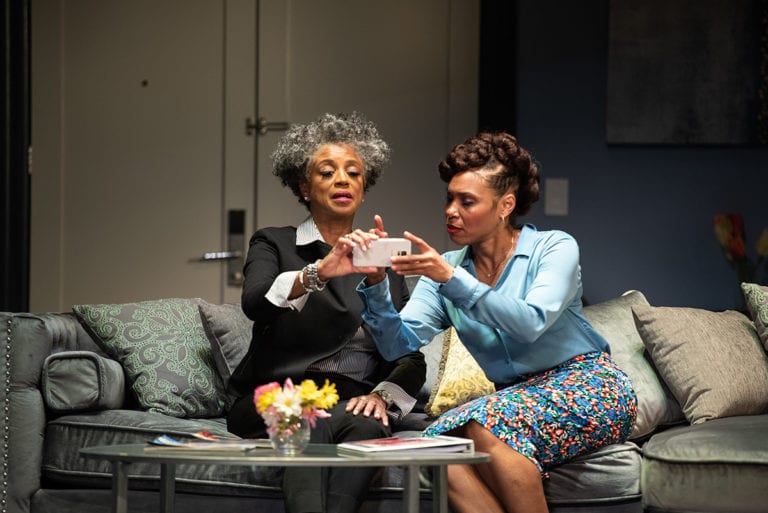 Marva Hicks and Ja Nie Fleming in Angry, Raucous and Shamelessly Gorgeous at the Alliance Theatre (Photo by Greg Mooney)

Every week, our editors and guest writers give you their top six picks for the weekend’s best shows. Be sure to check out our metro Atlanta theater map to see a full list of performance venues by county.

Uptown Comedy, The Hodge Twins Brothers Keith and Kevin will perform two shows with their signature riffs on politics, pop culture and fitness. These YouTube sensations have over 3 million subscribers. April 5 at 8 p.m. and 10:30 p.m.

Horizon Theatre, Pipeline In this timely drama, an inner-city school teacher’s son is entangled in the school-to-prison pipeline. In 90 minutes, MacArthur Genius Award-winner Dominique Morisseau explores parenting, private versus public schools and how everyone isn’t given the same start. Through April 21.

Serenbe Playhouse, Shenandoah In this Civil War musical, a father faces a tough choice when his son is caught up in the fractures of a divided country. Starring American Idol winner Taylor Hicks, this is certainly one for the history books. Through April 14.

Alliance Theatre, Angry, Raucous and Shamelessly Gorgeous Atlanta’s own Pearl Cleage is back on the Alliance main stage with a comedy. Anne and Betty are best friends who return to the United States for an arts festival after 30 years of living abroad. However, they find that the country is quite different than it was in the ’70s. In this world premiere, Cleage explores aging in art and generational differences among women. Through April 14.

Alliance Theatre, Approval Junkie A comedian and Emmy Award-winning journalist, Faith Salie is best known for her work on NPR’s Wait Wait…Don’t Tell Me! In this one-woman show, she returns to Georgia to adapt her memoir into a heartfelt (and disturbingly hilarious) play about her life as a perfectionist. Through April 28.

Shakespeare Tavern Playhouse, Barrymore John Barrymore was one of the most revered Shakespearean actors of the 20th century. Now, at the end of his life, he reflects on his past while preparing for a revival of his triumphant Broadway performance of Richard III. Starring Shakespeare Tavern’s artistic director Jeff Watkins in the title role, this one is sure to be a treat. Through April 7.