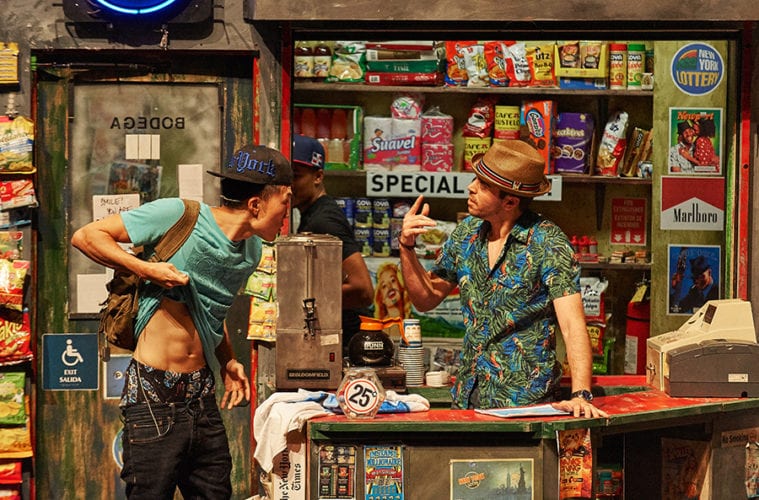 Every week, our editors and guest writers give you their picks for the weekend’s best shows. This week, our high school theater correspondent Marshall Mabry IV selected the Best Bets. Mabry has his own arts site called MWMIV Speaks, and he engages in theater as both an artist and critic. He’s dedicated to educating and supporting the next generation of theater artists and lovers alike. Check out his selections below!

Buckhead Theatre, Kathleen Madigan’s Hot Dogs and Angels Tour The comedy veteran’s latest tour is said to be bigger, louder and funnier than her last tour/special, Bothering Jesus. Madigan’s specials, Madigan Again and Bothering Jesus, are available for streaming on Netflix. April 26 and 27.

Dad’s Garage Theatre, Sesame Street Nights Sesame Street meets Avenue Q during this show you don’t want to miss. The show contains adult language and violence, but if you’re a fan of adult/dark humor, this is the show for you. April 26 at 8 p.m.

True Colors Theatre The southwest Atlanta company is hosting a series of staged readings around the theme “The Griot,” which is a central figure in the West African storytelling tradition. They will present the following shows: The African Company Presents Richard III by Carlyle Brown (April 25), Untitled Adinkra Play by Gabrielle Fulton (April 26) and Gem of the Ocean by August Wilson (April 27).

Aurora Theatre, In the Heights Grab your lawn chairs and blankets for “Musicals by Moonlight” on the square in Lawrenceville. Only April 27.

Shakespeare Tavern Playhouse, Hamlet Shakespeare’s greatest tragedy is being presented by the Atlanta Shakespeare Company. In three acts, they tell the story of how Hamlet losing his father changes Denmark forever. Through May 5.

Theatre Buford, Footloose This 1984 classic took the silver screen and Broadway by storm. After Ren McCormack moves into a small midwestern town from Chicago, he finds the town has banned dancing and rock ‘n’ roll, so he turns it upside down and gets footloose. Through April 28.

Alliance Theatre, Approval Junkie Faith Salie, a comedian and Emmy award-winning journalist, lives out her life from winning a beauty pageant as a teen to her divorce in this one-woman show. Through April 28.

Atlanta Lyric Theatre, Singin’ in the Rain Regarded as one of the most beloved musicals of all time, this new production stars Broadway’s Jeremy Benton in the role of Don Lockwood. They’ll be singing and tapping in the rain. Through April 28.