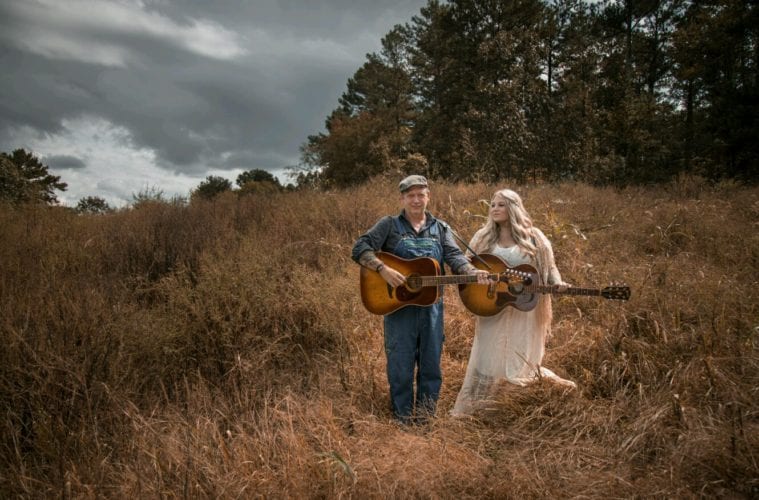 The Waymores play Red Light Cafe on April 20. (Courtesy of The Waymores)

The Waymores debut with honky-tonk humor and relatable rockabilly

Lauren LeathersApril 5, 2019
Look & ListenMusic
Kira Annalise and Willie Heath Neal are the honky-tonk darlings of the local music scene. The two have been a couple for 10 years and have long been in the music industry as individuals, but it wasn’t until five years ago the two became a duo musically. Now performing together as The Waymores, their debut album Weeds is available on all platforms today via Chicken Ranch Records, and a release show is slated for April 20 at Red Light Cafe.

“This record is our forces combined record,” says Annalise. “We’ve spent years playing music with our separate full bands, and when we decided to start the duo, we never expected it to get any feet under it. Now we’re touring 200 days a year.”

The album leans hard into honesty lyric-wise, confronting the good, the bad and the weird elements of life with a balance of humor and seriousness. Tracks like “Dumb Old Dog” comically confront predictability.

The Waymores take reality and add music, jokes and whisky. “Some are heartbreakers, but with the ones that have humor, it’s simply because there’s enough sadness and drama in everyday life,” Annalise says. “If we can make you feel anything through our songs, we’ve done our job. And we’ve done it twice as well if that feeling is happiness. Life needs more laughter.”