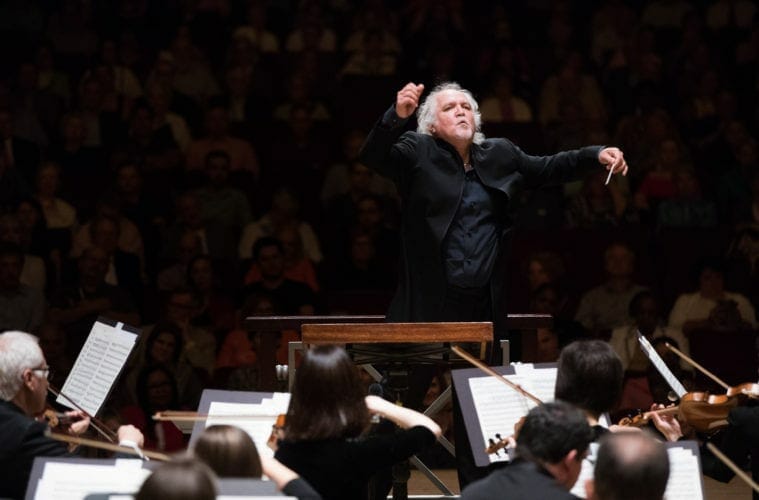 Donald Runnicles leads the ASO in another performance of Bernstein and Beethoven. (Photo by Jeff Roffman)

The ups, and downs, of the ASO’s latest Bernstein and Beethoven

In another installment of its two-year Beethoven and Bernstein survey, the Atlanta Symphony Orchestra’s concert last night brought together works united by concerns of freedom, peace and nature. In the first reboot of his opera Fidelio, Beethoven’s Leonore Overture No. 3 (1805) addresses themes of oppression and democracy. Bernstein’s “Halil” (1981) is a nocturne for solo flute and chamber orchestra that memorializes the tragic death of the young Israeli flutist Yadin Tenenbaum in the 1973 Arab-Israeli war. Lastly, Beethoven’s “Pastoral” (1808) is a celebration of nature — impressions of the morning air, bird calls, a storm and quasi-religious moments of thanksgiving. In between the works, there were moving tributes to four retiring musicians. Incredibly, principal horn Brice Andrus has served the ASO for 53 years. The program repeats this Saturday and Sunday.

Beethoven’s Leonore Overture No. 3 is more a standalone paraphrase of Fidelio than a functional opera overture and so has happily found a home in the concert hall — the orchestra will wrap up the season with a performance of the complete opera next week. More dramatically than its cousin work, the Egmont Overture, Leonore Overture No. 3 moves from a sense of despair to Beethovenian, fiery, unrestrained joy. Principal guest conductor Donald Runnicles demanded a high level of musicality from all performers in this work. Under his direction, the work suggested at first a sense of mystery then a series of beautiful cantabile phrases, intense Sturm und Drang crises and an incandescent close. Highlights included the offstage trumpet calls that signaled the friendly minister’s arrival, and an intensifying — and extremely high — string run that built tension to a fever pitch. The ASO’s performance of the overture was so intense and compelling that it prompted an immediate standing ovation.

I found Bernstein’s “Halil,” performed here for the first time by the ASO, an odd programming choice. Although it contains moments of love and peace, it unfolds as a dream sequence having many dark psychological moments. Its retelling of Tenebaum’s death recalls the horrors of antisemitism and, here, struck a somber, historically specific tone that clashed with the rest of the program. Musically, although “Halil” contains exquisitely beautiful moments — such as the cathartic string theme at around 14 minutes in — it represents Bernstein’s most thorough experiment with 12-tone serialism. A 12-tone row usually states each note once in a unique order, thereby creating extreme dissonance and obscuring tonal centers. This technique is a far cry from Bernstein’s West Side Story, and its presence may prompt some listeners to regard the work as academic and dry. Nevertheless, the spare and unforgiving textures of “Halil” did not prevent soloist Christina Smith, the ASO’s principal flute, from delivering a wide-ranging performance including moments of well-calibrated vibrato, incisive, angry outbursts and virtuosic runs. 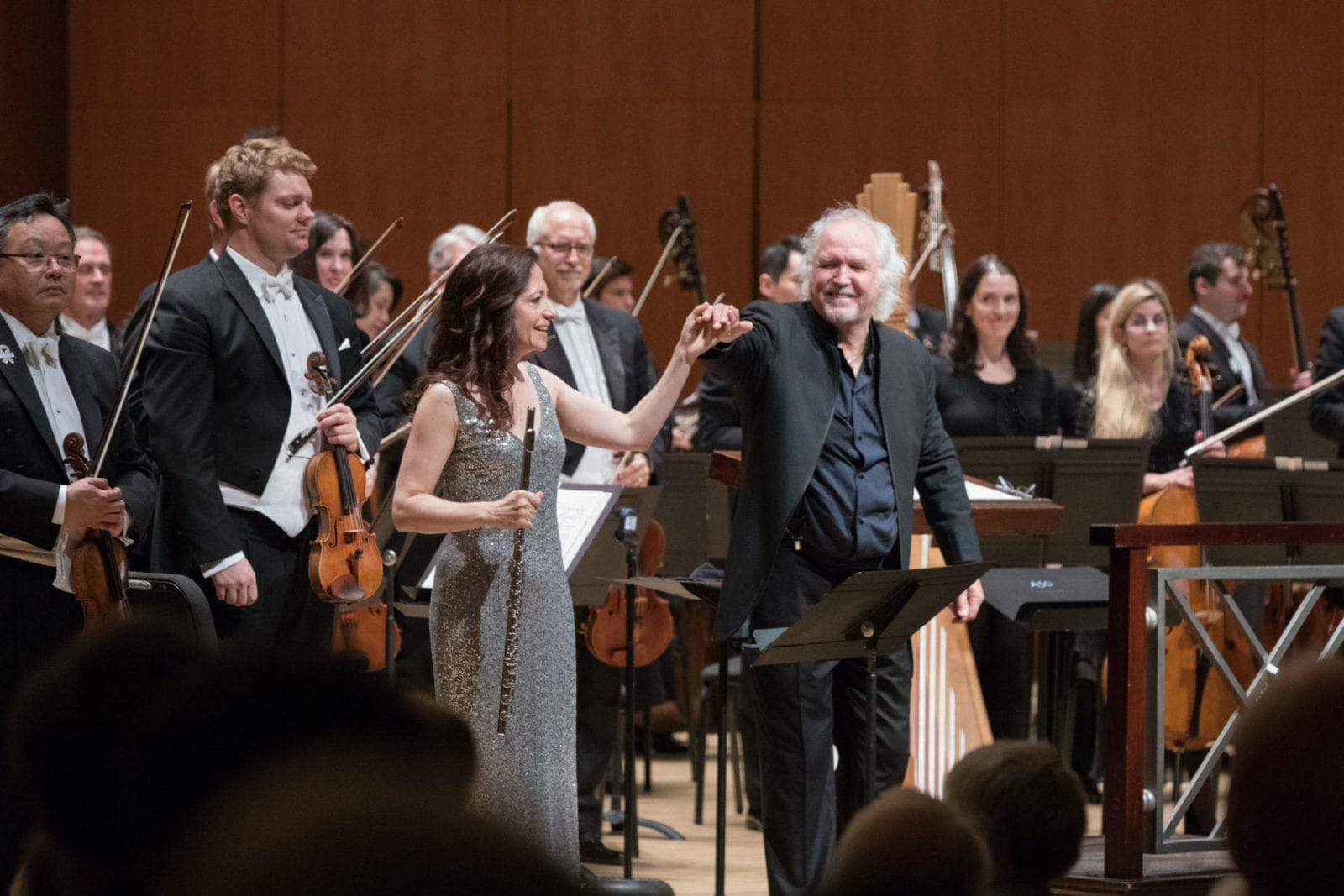 Unfortunately, despite a confident handling of more lyrical string passages, Runnicles seemed largely disengaged in this work, neutrally indicating instrumental entrances, which often tended to be percussive interjections, and underplaying the softer end of the work’s wide dynamic and emotional range. In the future, this work might be more effective in a chamber setting, perhaps with a video backdrop.

Beethoven’s “Pastoral” is set apart from his other symphonies by its five-movement layout, sunny disposition and overt extra-musical program. An effective performance will need to balance sensitive, cantabile passages with rustic, often violent outbursts. Runnicles appeared to tire throughout the work, as he had in the concert’s first half, so that the first, second and fourth movements were compellingly led, whereas he was largely passive in the third and fifth.

In the “Awakening of Cheerful Feelings Upon Arriving in the Countryside,” an unusually fast tempo was advantageous: It converted some melodic ideas to spontaneous, repetitive, nature-like effects. The following “Scene by the Brook” was equally strong. Runnicles suggested a beautiful swaying motion like a waltz and was obviously enjoying himself. Lyrical gestures were peaceful yet elegant. A highlight was the wind cadenza toward the end with three bird calls, labeled by Beethoven in his score: nightingale, quail and cuckoo.

Next, the “Merry Gathering of the Country Folk,” should be performed at a speed where the audience isn’t sure whether quarter notes or dotted half notes are the beat. Here, Runnicles’ tempo was too fast, smoothing out expressive distinctions and creating monotony and sloppy attacks.

In the fourth movement, “Thunderstorm, Tempest,” the ASO regained its footing with a return to stormy and impassioned rhetoric. The finale, “Shepherds’ Song,” had a reasonable tempo, but Runnicles did not suggest an overall expressive mood. Despite its extreme simplicity, the opening theme needs to sing and dance while allowing the musicians to save their energy for the work’s transcendent climax, which is an impassioned descent down the scale followed by a simple chorale of thanksgiving.

During the final applause, Runnicles dropped his baton, perhaps from overwhelming fatigue. He deserves a rest after two busy weeks conducting the ASO.