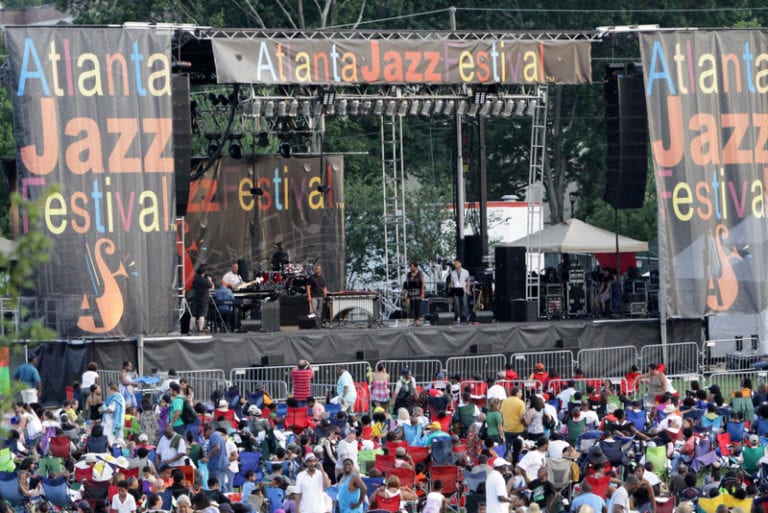 The Atlanta Jazz Festival will not take place this year, the Mayor’s Office of Cultural Affairs announced Thursday.

The 43rd annual festival was originally scheduled for last weekend with a lineup headlined by legendary bassist Ron Carter, India.Arie, Archie Shepp, Jazzmeia Horn and Sean Jones. The event was postponed in April until later in the year due to the Covid-19 pandemic. But continuing concerns over having large gatherings led to the decision to cancel this year’s event.

“While there will not be a festival this year, we were happy to be able to share 31 days of unique jazz performances by Atlanta artists throughout May, and will work to reschedule the Atlanta Jazz Festival for a future date that will ensure festivalgoers’ well-being and safety,” Camille Russell Love, executive director of the Mayor’s Office of Cultural Affairs, said in a press release.

The entire fall concert season for national acts now seems in jeopardy, with several prominent touring bands having said they will not go on the road until 2021.

The Indigo Girls, for example, were scheduled to tour extensively this year in support of their new studio album, Look Long. But Emily Saliers and Amy Ray told ArtsATL last week they don’t see the industry getting back on its feet until 2021.

“The live performance industry at this point has just been put on hold,” Saliers said. “I kind of gauge it myself by when would I go to a concert and be around other people and then we have to think about singing as a really, really strong way of spreading a virus — so I think the whole industry has been temporarily decimated and no one is really sure. My feeling is nothing is going to happen until the end of the year at least and probably into 2021, if I had to guess.”

Ray seconded that. “I don’t think we’ll be doing anything for a long time,” she said. “The entertainment industry is trying to figure out if there’s a way to safely have concerts at some point, if there’s a way to shoot new movies, all those kind of things. I think we’re probably looking at the spring of 2021 unless something drastic changes.”