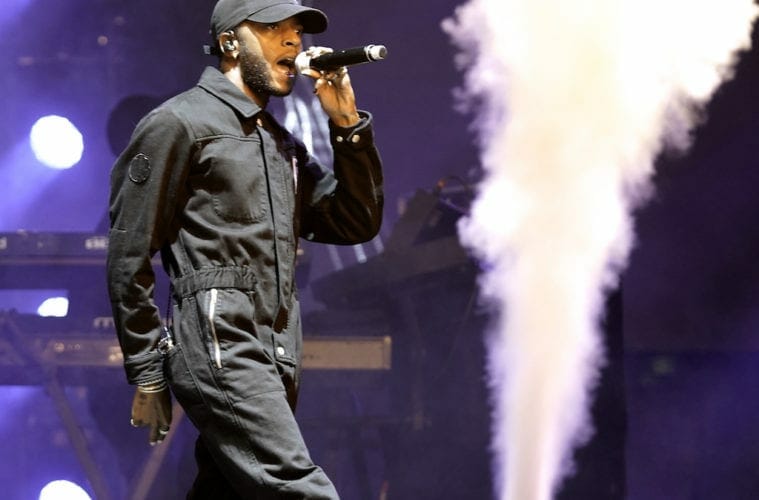 Atlanta rapper 6LACK has released a new song, “ATL Freestyle,” an ode to his hometown that references the Tabernacle, listening to Gucci Mane and eating at Ann’s Snack Bar in Kirkwood. 6LACK’s last album, East Atlanta Love Letter, hit No. 1 on the R&B charts in 2018. Pronounced “Black,” 6LACK’s stage name uses the rapper’s favorite number, six — he was raised in Zone 6 of Atlanta and he named his daughter “Syx.” The recording artist coupled the release of the song with a letter that addresses the deaths of George Floyd, Ahmaud Arbery and Breonna Taylor. He says they and others who were silenced due to the abuse of power and racism did not die in vain. “I know a great amount of us feel helpless and confused about what to do,” 6LACK wrote on his Instagram page. “But all we can do is lend help to others in need right now. Show up for each other.”

Gladys Knight and the Pips: “Midnight Train to Georgia”

Yesterday was Gladys Knight’s birthday and in honor of that, one of our two vintage videos this week is Knight (with the Pips) doing her signature song, “Midnight Train to Georgia.” Knight was born in Atlanta May 28, 1944 and is one of the most prominent singers to emerge from the city, with 13 No. 1 songs, six No. 1 albums and seven Grammy Awards, and she is an inductee into the Rock ’n’ Roll Hall of Fame. “Midnight Train to Georgia” was a No. 1 hit single and the group received a Grammy for Best R&B Vocal Performance by a Group. The song was originally titled “Midnight Train to Houston,” and was inspired by a conversation that songwriter Jim Weatherly had with Charlie’s Angels actress Farrah Fawcett. Knight, who now lives in North Carolina, is still a road warrior with a concert tour scheduled for later in the year.

Joe South: “Walk a Mile in My Shoes”

Joe South was one of the greatest songwriters to emerge from Atlanta, penning such signature hits as “(I Never Promised You A) Rose Garden” by Lynn Anderson, “Down in the Boondocks” by Billy Joe Royal and “Hush” by Deep Purple. He was also a session guitarist who worked on Bob Dylan’s landmark Blonde on Blonde album and Aretha Franklin’s “Chain of Fools.” South became known as a solo artist and his 1969 song “Games People Play” received two Grammys. He followed that up with “Walk a Mile in My Shoes,” his last major hit. South, who died in Buford in 2012, was inducted into the Georgia Music Hall of Fame in 1981. “Walk a Mile in My Shoes,” which was born out of the troubled times of the civil rights movement, still resonates today.