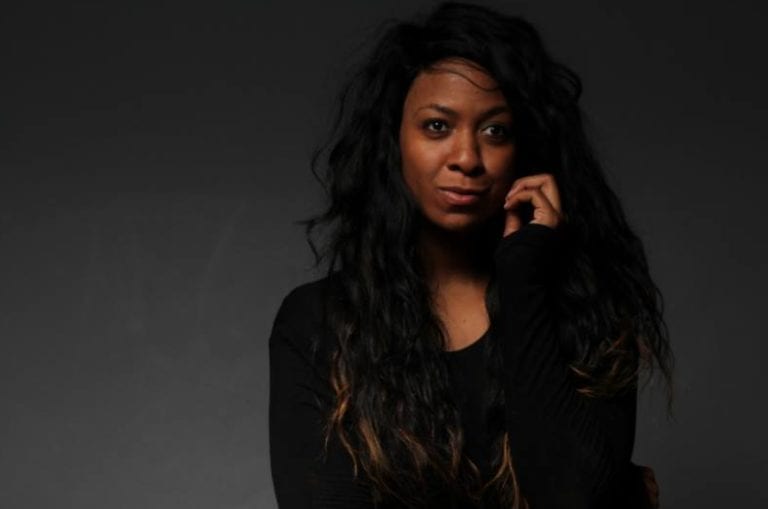 “[The BLACK ENDURANCE series] celebrates black folk and allows for experimentation in form, materials, shapes and ideas,” Lang said. “It’s a platform where I can find new collaborators that I can collide ideas with and create new programming.”

Friday’s one-night-only event is a part of Lang’s lab reports, a program under the BLACK ENDURANCE umbrella that gives Lang space to experiment with different ideas or work with various collaborators. It will be the first iteration of Brass, Wind, Hot, Tongues, but not nearly the last, as Lang plans on continuing the work until she feels it’s finished. She says she sees the work as being flexible, a production she can bend and reshape. She wants the audience to witness the experiment and creation in real time “and honor that as a high caliber work.”

Lang said she drew inspiration for the work from experiences she had over the summer; she heard and felt the four words brass, wind, hot and tongues in everything from wind chimes to the infamous Georgia heat. She wanted to play with form, shape and materials based on those four words, and, in so doing, she says she has created a meditative experience for both the performers and the audience. The performance will reflect all four words, from the brass sounds of the music and the wind the dancers generate through their movement, to the heat within the dancers’ bodies and the new world they transport the audience to, which can feel like they’re speaking in tongues.

Lang says the work is different from anything she has created in the past, particularly in how she approached the work’s movement, collaboration and presentation. “The fear of, ‘oh God, it’s not ready, I’m going to fail,’ I’m over that,” Lang said. “I’ve always experimented in my studio — this just allows me to do it publicly.”

The program includes a wide spectrum of artists, from current dancers to former dancers of all ages and sizes. There’s an emphasis on bodies and flesh and how the audience perceives the two, which Lang said she never focused on before. Also unique is her work with collaborators. Aside from tenor saxophonist Williams, who created the music, Lang worked with The Radical Archive of Preservation, or TRAP, scholars shady Radical, B. Sonenreich and Olamma Oparah, who put together the performance’s production design and spoken word component.

Lang cited Marina Abramović, Chez Josephine and the Harlem Renaissance’s Cotton Club as major inspirations for her experimental works, and wants the audience to feel just as much a part of the performance as the dancers. “The audience is a necessary ingredient into the work,” Lang said. “That ingredient is the energy, the support that allows the artist to experiment with their craft.”

The audience will have an opportunity to share their thoughts, ask questions, and discuss the work during a post-performance talkback; in typical T. Lang Dance fashion, drinks will be served, which Lang hopes will disrupt the formality of a traditional talkback and allow for a casual, cocktail hour discussion.

“This show reminds me of the first time I said, ‘I’m going to take my time and see this work unfold for several years.’ That was what I did with the Post-Up series,” Lang said. “I didn’t accept the pressure to hit the next work or move on. It feels like we’ll do that again [with ‘Brass’].”