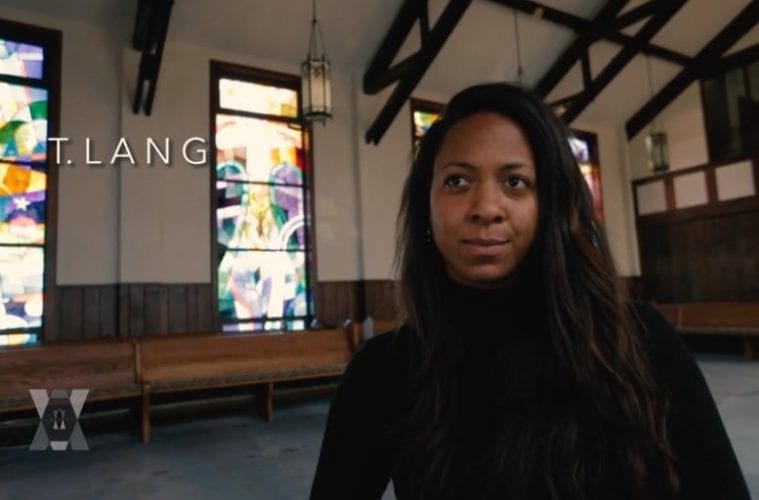 Preview: T Lang’s “Post” and the power of reflection before reconciliation

After four years of research, T Lang Dance prepares to release the fourth installment of their Post-Up series, POST, a reflection on love, longing and reconciliation during and after the American Reconstruction Era.

Inspired by Heather Andrea Williams’ Help Me Find My People: The African-American Search for Family Lost in Slavery, the book and choreography explore the seldom-told American truths of newly freed citizens, using the technology of their day — a newspaper advertisement — to find their family members. The series’ first installment, Post Up, premiered at The Goat Farm Arts Center in 2014. The second installment, Post Up in the House, was presented at the High Museum’s Mi Casa Your Casa installation. LIT Variations #1-11, the third installment, took place at various locations around the city. The fourth installment, POST, will be performed at Fort McPherson, March 9 through 25.

“As I began creating the 4th installment, I knew I wanted to choreograph a unique work on love, reconciliation and continue examining the world where the author Heather Andrea Williams leaves us in Help Me Find My People,” says Lang. “I experimented with generating movement that embraced a codified vocabulary; one that served as a portal to a past informed by a future already written.”

To bring this piece into being, Lang collaborated with visual artists George Long and David Baerwalde, lighting designer Andre Allen and dramaturge Michelle Hite. The work will be performed in a dormant chapel in a former confederate military base in an effort to “create a space where we can question the effects of constructed institutions like church and state,” Lang said in a statement.

“I was envisioning how families constructed new rhythms of familiarity with their loved ones after all the disruption they endured and how this unresolved trauma revealed itself throughout generations. I was curious to understand emotional reasoning of how society’s reflection of inhumane acts unravel in a confessional space.”

In the final days of preparation for POST, ArtsATL‘s Ethan Payne spoke with Lang, Williams and Hite about the inception and creation of this piece.