Images from Suzi Awards past.

Professional theater in Atlanta didn’t see any Suzi Bass Awards in 2020, and it’s unclear whether 2021 will be any different. COVID-19 is largely to blame, of course. Largely but not entirely. A lot has been going on behind the scenes. 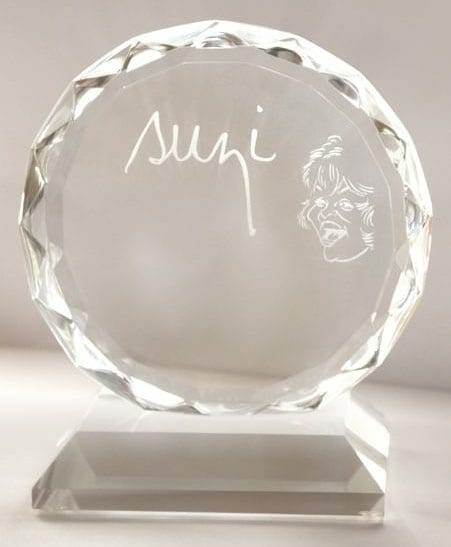 The Suzi Bass Awards were created in 2003 to honor excellence in Atlanta professional theater. Each November the honors go to individual actors, directors, choreographers and designers along with ensembles and entire productions. Theaters submit their shows for Suzi consideration, promising 10 tickets (for five judges and plus ones) for opening night and up to 25 more during the run.

In fall 2020, Suzi organizers announced that they would not present adjudicated awards for the 2019–20 season, citing two reasons: COVID-19’s mid-March shutdown of metro stages and a need for social justice and racial equality. The decision created turmoil among Suzi organizers, prompting several judges to resign, and raised questions about the future.

Suzi board chair Cherie Caldwell, citing the pandemic, says canceling an in-person event was an easy decision. Choosing not to offer a slate of nominees, however, was more difficult and largely influenced by last summer’s three-day Atlanta Town Hall for Racial Reckoning.

“We felt we had wonderful nominees and still believe that — and we are looking at how to honor [them],” Caldwell says. “The conversations last summer, and all the things that occurred, led us to believe that had it not been for some systemic issues, we might have had more people in that circle of great performances. After the feedback and after acknowledging all the things that were going on in the country — and knowing that Atlanta theater is a microcosm of what is going on — we wanted to be more inclusive. We wanted to start with ourselves, challenge the community and be a leader in moving us forward.”

Instead of naming nominees, Suzi organizers presented a video featuring slides of shows submitted for 2019–20 consideration. They also announced a lifetime achievement award for Atlanta playwright Pearl Cleage and presented Spirit of Suzi awards to the Atlanta Artist Relief Fund; Atlanta Theatre Artists for Justice; Black Leaders Advocacy for Cultural Theatre, or B.L.A.C.T.; and shared honors for the Coalition for Racial Equity in Atlanta Theatre, or CREAT, and I.D.E.A. ATL, aka Inclusion, Diversity and Equity in the Arts Atlanta.

Nominations for the 2019–20 awards were tabulated and ready by late July, when co-judging coordinator Richard Vitaris sent them to fellow coordinator Susan Stiefel to forward to the Suzi board and executive director Kate Warner.

Caldwell, Warner and board member Brenda Porter told Vitaris on September 1 that they’d decided to cancel the competitive awards. The nominees were supposed to be announced a day later. Instead, the board informed the rest of the judges and Suzi members in an often-contentious annual meeting, held via Zoom.

“There were mixed feelings,” says Caldwell. “There were a lot of folks and artists who got it — there were people who had participated in those town halls — and others who felt surprised and were angry and frustrated.” 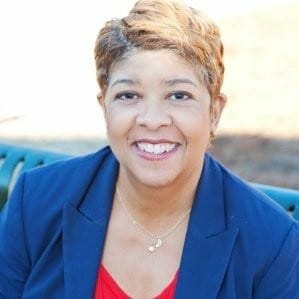 “We felt we had wonderful nominees and still believe that,” says Suzis board chair Cherie Caldwell. “And we are looking at how to honor” them.

The conversation included mention of how hard the performers and judges had worked and that they deserved acknowledgement. Vitaris says he and Stiefel watched the Zoom meeting but didn’t participate. In an email a day later, he emailed the Suzi board — and later fellow judges — that he and Stiefel were resigning effective immediately.

The board’s decision to postpone final voting and the presenting of awards “based upon inadequate diversity among the nominees is tantamount to a vote of no-confidence by the Board in our joint effectiveness,” Vitaris says. (Stiefel is dealing with family issues and was not contacted for this story.)

Other resignations followed, including Barbara Lang, co-chair of the Theatre for Young Audiences panel, and Marshall and Lyndsey Kaufman, judges for seven years.

“We were appalled by the hidden agenda stuffed down our throats . . . by our so-called new board of directors,” Marshall Kaufman said in an email to board members. “As Suzi members we have always been given the opportunity to review the credentials and vote on any newly proposed board members. Not so at last night’s Zoom meeting. There was a sense of an underlying, predetermined pressure by outside groups that served to disrespect our judging coordinators, judges and the relationship between our organization and our participating theaters.”

Kaufman says he doesn’t feel that an organization committed to judge theater, be it the Suzis or Broadway’s Tonys, should be politically based. “There shouldn’t be that kind of pressure because my way of thinking is that it’s up to the theaters themselves and artistic directors. They have to satisfy their board of directors with choice and type of material, and the staff, in order to make money and fill seats.”

The Suzis typically hand out some 150–160 competitive awards to actors, directors, designers and choreographers as well as productions and ensembles. For the 2018–19 season — the last time Suzis were awarded — judges nominated 110 individuals, 25 productions and 15 ensembles.

Of those nominations, 19 percent went to Black artists and artists of Latin, Indigenous and Asian heritage.

Caldwell and Warner deny that they knew the nominees before making the decision to forgo the awards. “The board felt that in continuing the 2020 awards as business as usual, we were potentially working against the movement for positive change,” Warner says. “We did not make our decision to suspend adjudication of the winners based on the actual outcomes of the nomination process.” 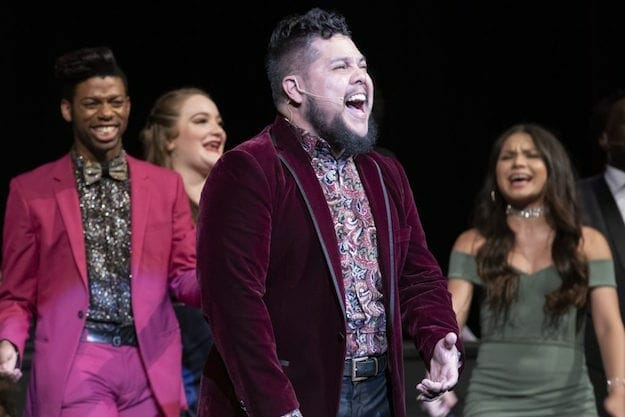 A moment of joy at the 2019 Suzi Bass Awards with Juan Carlos Unzueta (center) and friends.

Toni Ruth Rivers, a Suzi judge and two-year board member, says it was time for the organization to adapt. “Many of the judges have known for years that the awards were systemically skewed toward participants who are White, whether that be onstage, in the decision-making creative team or the production crew,” she says. “At some point, you either make a change or you become complicit in those types of actions. So the decision was to make a change.”

Vitaris says he’s been aware for some time that the Suzis need more diversity among judges. “We try hard to improve the diversity of the determining panel, but we have not had a lot of success in getting applicants from Blacks and other minorities,” he says. “Maybe we weren’t trying hard enough, but maybe because it was so time-consuming to see so many shows, most of the judges are retirees. People working full time or raising a family, or younger people with a social life, don’t have the time.”

The current Suzi board, the one deciding on the 2020 awards and what happens next, numbers 17. Of those, 13 are women and four are men. Four are Black, two are people of color and 11 are White.

Vitaris says he’s never considered ethnicity part of the judging criteria, and feels that the same is true of other judges. Nonetheless, he says he feels that the board’s decision highlights the need for new leadership. “We understand that it is better for the organization that our positions no longer be filled by White retirees without a professional theater background such as ourselves,” Vitaris wrote in his resignation email.

He has other concerns, as well. “If I were a participating theater, and I had given all these comp tickets away and then there’s no awards, I’m going to ask what guarantee is there that awards will be presented next year,” he says. “You’re changing the rules in the middle of the game.” 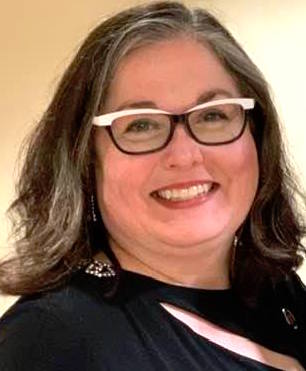 The board felt that continuing the 2020 awards as business as usual might work against positive change, says Kate Warner.

Zoom meeting participants were split on the 2019–20 event. Some questioned the timing of the Suzis, citing COVID-19, the recent equity town halls and theaters struggling to survive. Others liked the normalcy of holding the event. Chicago’s Jeff Awards, for example, held their 2019–20 event virtually and Broadway’s Tonys — scheduled for early June 2020 — were postponed indefinitely but nominees were announced. Warner says the Suzis’ 2019–20 nominees will be announced at some point.

To improve diversity, board members have met with producers and judges to update the Suzis’ strategic plan and revise judging requirements and processes. They’ve been talking with people of color in the Atlanta theater community, they say, listening and gaining insight about how systemic racism impacts the community, from decision-making to staging.

Warner says once theaters can return — Dr. Anthony S. Fauci, the top U.S. infectious disease expert, estimates that will happen some time this fall  depending on the vaccination process — she feels the Suzis will be able to offer a new approach with a new judging committee. The board’s social and racial justice committee has vetted organizers’ goals. They’ll try to bring on longtime judges as well as newer members.

“That group needs to take what was Rich’s idea and figure out how to operationalize it,” Warner says. “The next step is talking to producers. I checked in with everyone last fall to see what their plans for reopening are. When they are ready to reopen, we’ll be ready to accept their submissions.”