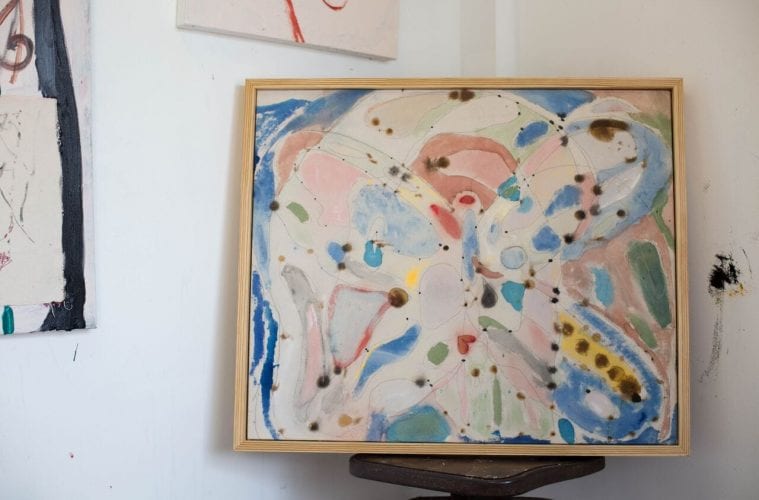 A studio conversation with Hannah Tarr 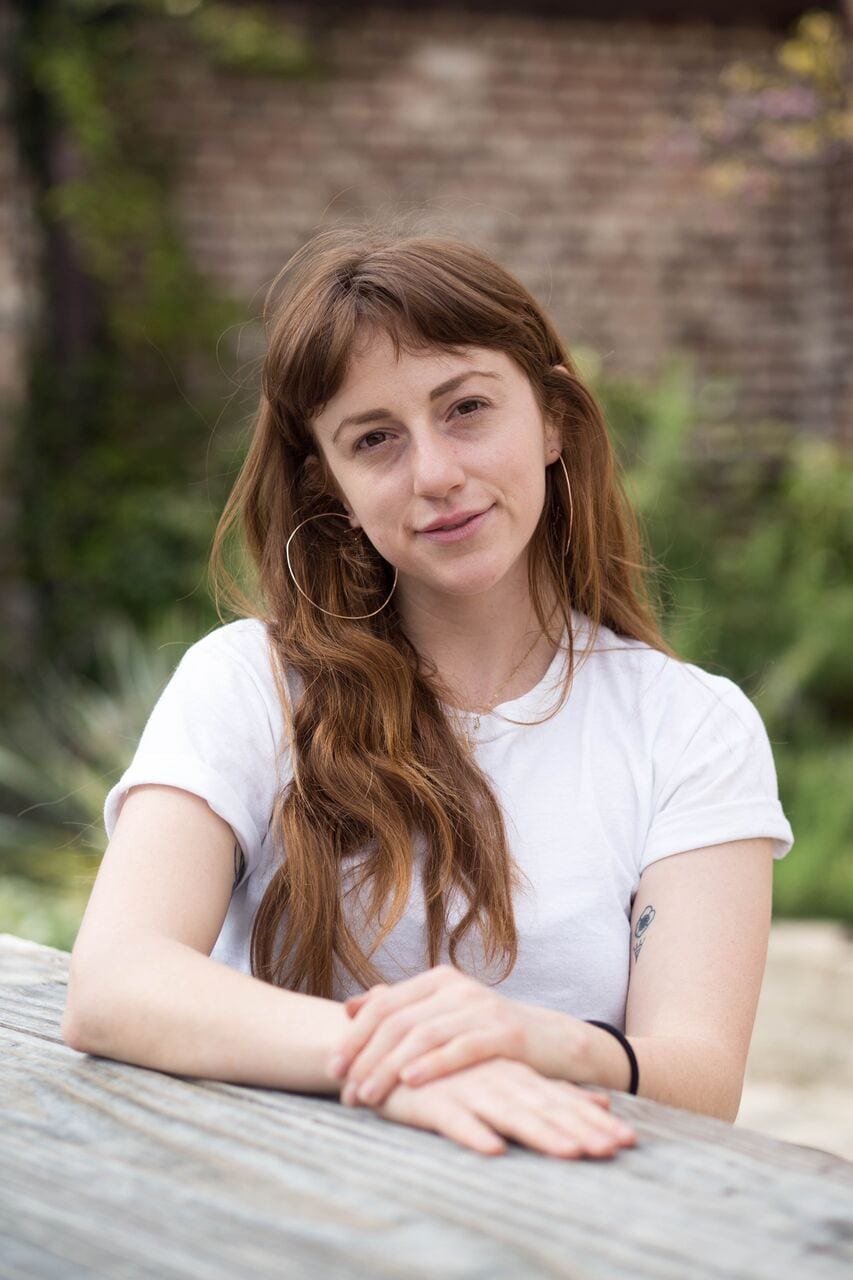 Hannah Tarr unlocks the side gates to a shared studio courtyard. She is in her first year in the studio residency at Atlanta Contemporary.

The center was first formed by artists in 1973 as a grassroots cooperative. Today, this foundation is sustained by the subsidized studios provided to local working artists through their Studio Artist Program. This unique setup joins the institution with artists shaping contemporary art in the American Southeast.

We sit to discuss a new wave of experimentation in her ongoing artistic practice. Tarr’s paintings were most recently shown in YOUTH MOVEMENT at Poem88. These works now hang in her studio.

ArtsATL: How has living in Atlanta informed your aesthetic?

Hannah Tarr: I grew up in a carriage house apartment attached to the home of Francis Cocke, the woman whose English ceramic collection is in the permanent collection at the High Museum. The interior of her home has had a lasting impression on me — with its porcelain from around the world, Japanese woodblock prints, tassels and marbled wallpaper. I often go and visit her ceramics at the High. The imagination in the forms and the hand-painted quality has always had a huge impact on my work. In some of the recent paintings I’m making I’ve actually depicted one of her pieces — it’s called “Nonsense” from 1820 and it’s this crazy stump with all these flowers and sheep coming off of it. It’s wild — reminds me of the living room sculpture the guy made in Close Encounters of the Third Kind.

ArtsATL: You were selected as one of 14 artists for the 2016 Studio Artist Program at Atlanta Contemporary. This initiative situates a group of Atlanta-based artists in the Westside Arts District. How has creating in this environment influenced your work?

Tarr: I’ve been in this space since August 2016 . . . it’s definitely influenced my practice. When I first moved in, I was more interested in trying to make paintings with fewer marks, trying to step back. Now, anything goes. I love being close to the Contemporary — most recently I’ve been inspired by the Lonnie Holley show that’s up. I love his bold, gestural spray-painted portraits on paper.

ArtsATL: Gesture and surface texture are defining elements of your work to date. Who might you say most influences this style of painting?

Tarr: I’ve been very into the French avant-garde painter Francis Picabia lately for his innovative compositions. He does these amazing transparency paintings where he’ll layer one image on top of another. I’ve also looked to Hilma af Klint for her use of writing and symbols.

I have this Miró mug that I got at a thrift store a while back that I drink coffee in at home and inevitably, some of his mark makings have found its way into my paintings through osmosis. More recently I’ve been inspired by a lot of the hand-painted signs from the Women’s March in January. 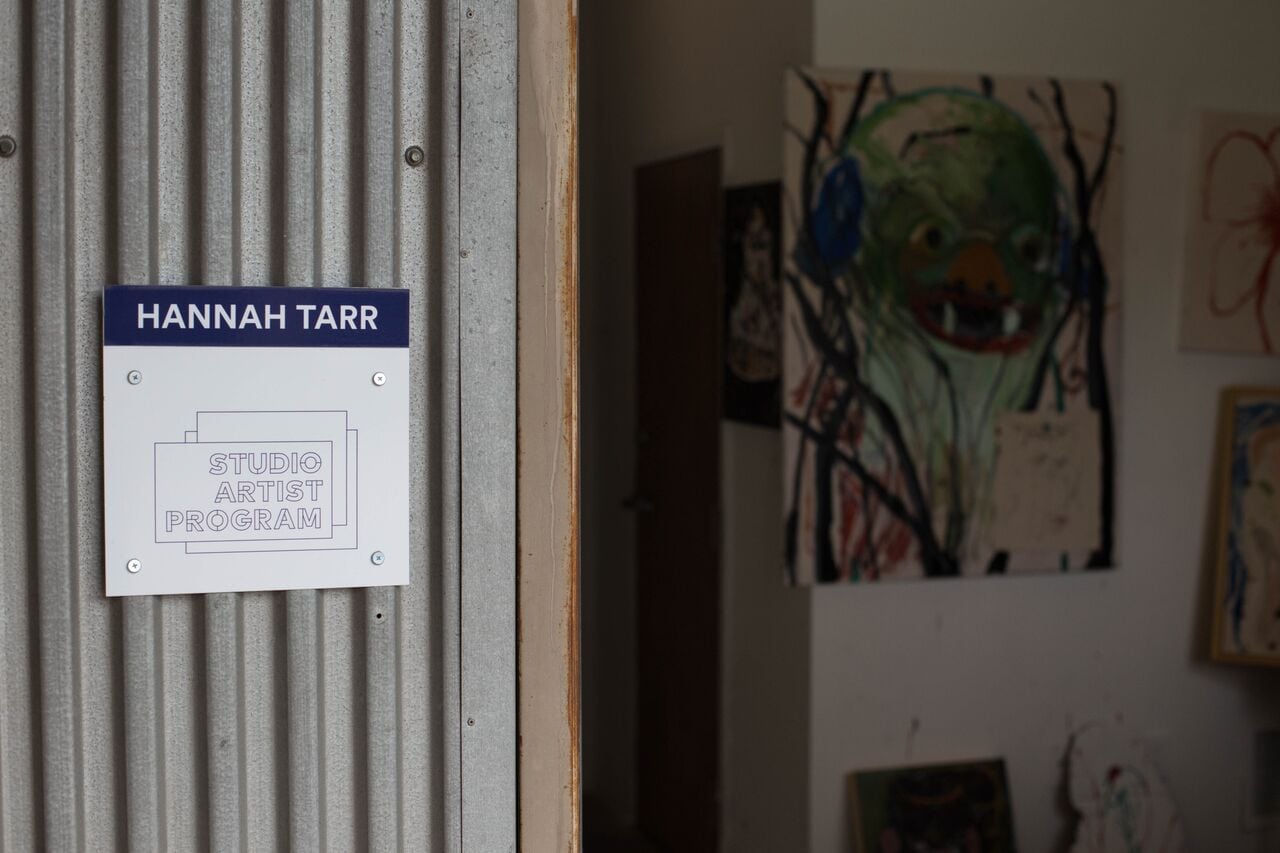 ArtsATL: Many contemporary artists veer toward unexplored media during experimental periods. Establishing parameters of a singular medium is nowadays more revolutionary notwithstanding the tradition of painting.

Tarr: That was what I originally thought too. Someday it will be more subversive that I stuck to painting. I don’t like trends or feeling like I’m buying into them.

I was doing a lot of narrative assemblage work in my junior year of college. It’s funny that it’s popular right now. I was very influenced by people like Jon Kessler, whose earlier works — though now more installation-based — were these very narrative assemblage little scenes of found objects. I was doing some of that, but all of my teachers were saying, “You’re a painter, why are you not painting?” I kept getting pushed back to it. And now it’s such a part of my identity. I feel like if I stick to the one thing and keep working at it I can come up with some good things. I try to stay true.

ArtsATL: You completed your BFA at Rhode Island School of Design (RISD) in 2011. How do you think this school of thought has informed your work since?

Tarr: RISD is very focused on the foundations of artistic practice — in fact, they call freshman year “foundation year” where students learn the essentials of drawing, sculpture and two-dimensional design. Once a major is declared, the focus of study continues this way from the ground up. I spent my first year in my major painting still lifes and landscapes in oil, working from life as a basis for learning about the medium and about color, light and volume. I learned to never buy black paint but to always mix it on your palette using blue and brown; I learned to never rely solely on the color white to bring light into a painting. While I was at school I was very concerned with following the rules in order to stay what I thought of as “true to the medium.”

Today I have definitely broken away from the oil paintings I made for my senior thesis, now using unprimed canvas, house paint, and you’ll find a tube of Ivory Black on my table, but I do still rely on my foundation of drawing subject matter from the natural world. 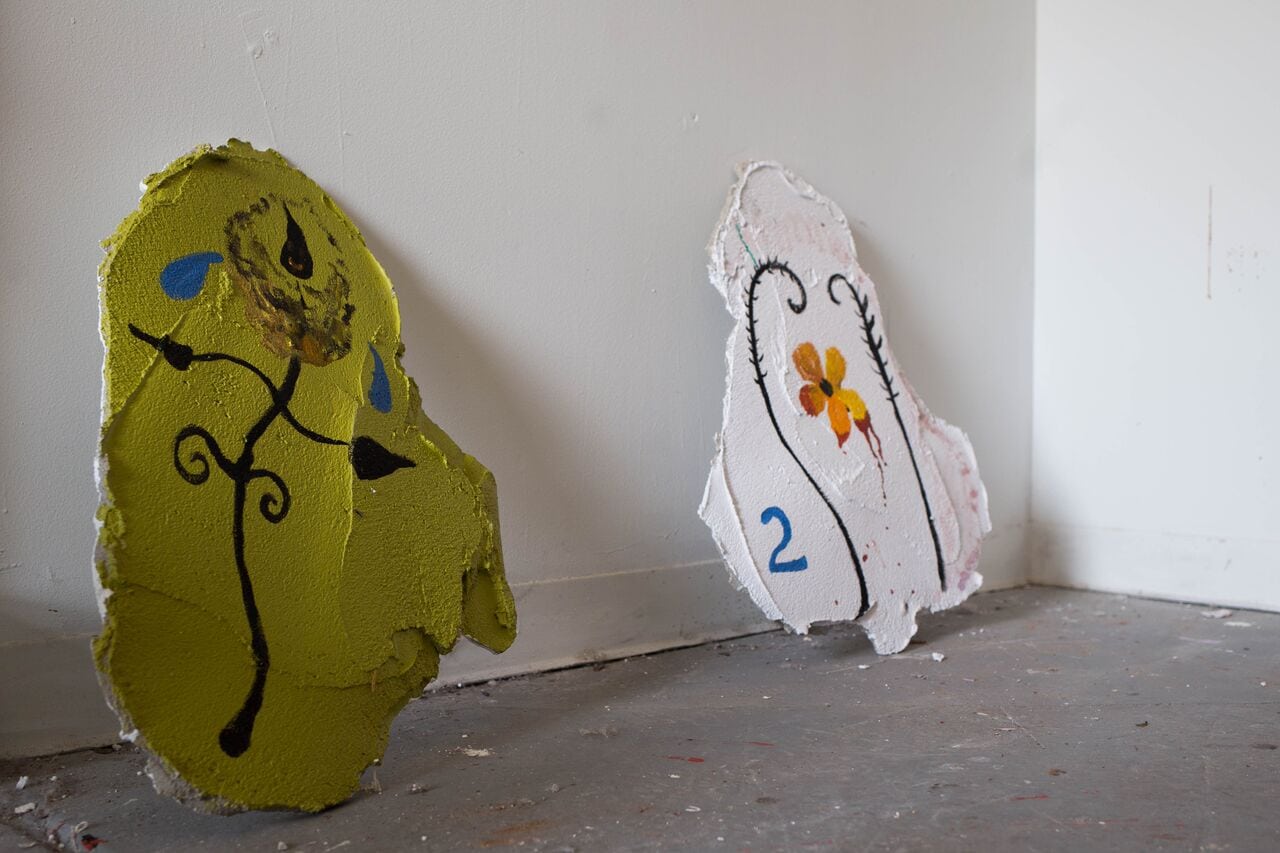 ArtsATL: We originally met after you co-curated Painting Show at the LOW Museum with Henry Detweiler in 2014. How did that experience shed a light on a creative process similar to or different from your own art practice?

Tarr: I think curating relates to my practice in the way that when I make paintings, for better or worse, I’m never trying to do the same thing twice. That show especially was to be a sampling of different painters. My work has been a challenge for myself to find different means to execute composition, so in a way, it’s kind of a sampling as well.

ArtsATL: Before Painting Show, you worked with Shara Hughes in the 2012/2013 Working Artist Project Apprenticeship at MOCA GA. What did this entail?

Tarr: I met Shara Hughes during my fellowship at Oxbow. We connected through being both Atlanta girls — who were also RISD painter girls. When I moved back to Atlanta from Oakland, California, I saw an article announcing that she received this working artists award, and could hire an apprentice. I immediately emailed her and it worked out for me to be her apprentice. I helped her document and organize her work and with some large-scale sculptures she was making for her show at Atlanta Contemporary. I’m very excited about what’s happening for her right now, being in the Whitney Biennial and all. It’s very awesome and all very deserved. Working for her was a great experience.