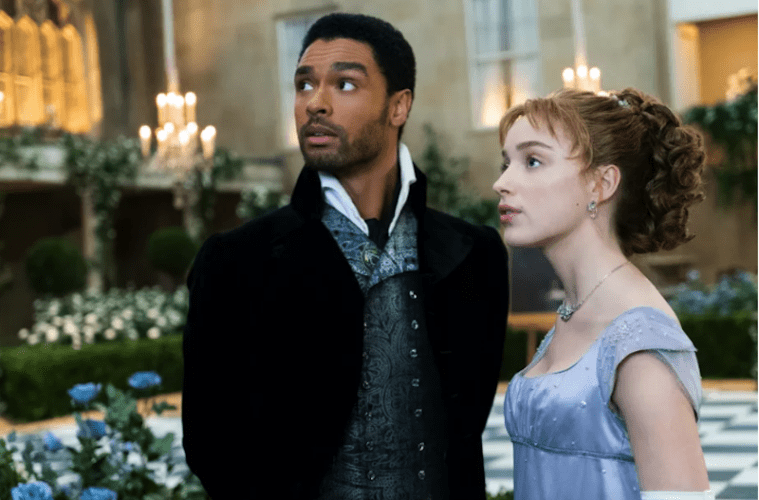 A coin toss decided which of two Netflix limited series should top this month’s roundup. Both are dramatically convincing and, even more to their credit, both take us to faraway places we can’t visit at this moment in history.

Let’s begin with LUPIN (five episodes), a tasty reimagining of the French top-hat-wearing gentleman thief Arsène Lupin, created by Maurice Leblanc at the turn of the 20th century. Lupin isn’t actually about the original clever crook but a current-day con artist inspired by the character.

That would be Assane Diop (Omar Sy, of the French megahit comedy The Intouchables). He’s married and semi-estranged and the father of a teenage son, whom he’s trying to interest in Leblanc’s stories. That’s because he’s modeled his own life and crooked career on his fictional hero. Assane is a witty, shape-shifting fellow affable enough to impersonate a police officer, or talk his way into a rich old woman’s apartment and walk out with some of her priciest belongings. (She insists he take them.)

The initial crime, central to every episode, is Assane’s theft of Marie Antoinette’s necklace during its auction at the Louvre. Francophiles will sigh at the considerable footage shot inside the museum; at one point, Assane — disguised as a custodian — stops to admire the Mona Lisa unencumbered by the normal touristy throngs. It’s all quite fun, and if it’s not the same as having a French vacation, it’s good enough.

England is the setting for BRIDGERTON (eight episodes), the other top series and the first Netflix offering from hit-factory producer Shonda Rhimes (Grey’s Anatomy, Scandal, etc.). It’s apparently the biggest binge-worthy obsession since The Queen’s Gambit and, in its way, is just as female-centric. The big twist: The Regency-era soap opera takes the moneyed figures familiar from Jane Austen novels and reimagines them in a multicultural, parallel vision. Bridgerton spins off the long-held rumor that Queen Charlotte, wife of George III, had African descendants and gives us a color-blind U.K.

Like Pride and Prejudice’s Lizzie Bennett, the female lead (Phoebe Dynevor) is an archetypal headstrong, young White woman named Daphne. Her Darcy figure is a proud, hunky man of color (Regé-Jean Page). Page’s Simon is the Duke of Hastings and an avowed bachelor who conspires with Daphne to pretend they’re courting.

You can guess how the plot will play out, though you might be surprised by  generous scenes of bared flesh and simulated sex among a broad range of characters. The show’s young leads are fine, but much of the pleasure comes from supporting characters: Daphne’s headstrong sister Eloise (Claudie Jessie), who wants an education not a marriage; her plump friend Penelope (Nicola Coughlan of Derry Girls); and Penelope’s ghastly, social-climbing mother Lady Featherington (Polly Walker, in a revised version of the dragon lady she played on Rome 16 years ago). The catty, eloquent voice of Julie Andrews, unseen as Lady Whistledown, presides over it all. As the author of a London scandal sheet, she lays bare the gentry’s darkest secrets.

Bridgerton may not exactly be good for you, but it’s addictive. And despite its  expert escapism, niggling thoughts emerge as the characters waltz and promenade through gorgeous settings. These lavish homes and estates were funded by colonialism and the uncompensated labor of people of color. For the most part, however, reality doesn’t intrude.

Regé-Jean Page has a tiny supporting role in the feature SYLVIE’S LOVE (114 minutes). A bit like Bridgerton, writer-director Eugene Ashe’s film plays as a partial racial corrective of New York City stories, especially the very White cinematic love sagas from the 1950s and ’60s. (Think Douglas Sirk in particular.) The always-welcome Tessa Thompson plays the title role, the middle-class daughter of a record-store owner in 1957 Manhattan. She loves jazz, but her real goal is to get into TV production, though it seems to be a pipe dream for a Black woman of the time.

She’s engaged to a young man fighting in Korea when she meets aspiring saxophonist Robert (onetime NFL player Nnamdi Asomugha, who’s OK but a little wooden). He comes to work at her dad’s shop since the band isn’t earning much money yet. A sweet, tender and retro-swoony romance develops between them, propelled by a savvy backdrop of golden oldies on the soundtrack. Then, well, complications ensue. When they do, you’ll care about how it all works out. Sylvie’s Love is a beautiful showcase for Thompson and a love letter to a vanished New York.

The seven-episode PRETEND IT’S A CITY gives us a New York that was with us only a year ago. In their second collaboration, director Martin Scorsese interviews Fran Lebowitz, professional curmudgeon and famous victim of writer’s block, about her love of and gripes about her adopted city. The half-hour episodes were filmed before the coronavirus came calling, so the city we see is still full of the crowds that Lebowitz loves and loathes in equal measure. It’s a real pleasure.

The documentary follows high-school students — including Atlantans — who perform monologues that will make them finalists, acting their hearts out on the stage of Broadway’s August Wilson Theatre. The film covers the 2018 competition, so New York is again seen as its familiar bustling self. The teenage finalists walk its streets, shop its stores and take giggling selfies. Whether you’re familiar with the late Wilson’s work or not, by the end of the documentary, testimony from fans like Leon, Viola Davis and Denzel Washington will make you invest in the students’ fates.

SOUND OF METAL (120 minutes) is one of the best features I’ve seen lately, with one of the year’s strongest male performances. Director and cowriter Darius Marder’s drama stars Riz Ahmed as Ruben, a drummer touring the country in a heavy-metal band with girlfriend/lead singer Lou (Olivia Cooke). Their music is loud, so it’s not surprising when Ruben notices changes in his hearing . . . but things get worse and worse.

Ahmed, who learned American Sign Language for the role, is fantastic as an angry, recovering drug user forced to choose between accepting his new reality or trying to raise funds for a controversial and expensive cochlear implant. The performances are persuasive, and the film brilliantly manipulates its soundtrack to help us understand what Ruben is feeling and hearing.

If Sound of Metal feels too heavy, try a deep dive into the story of an infamous serial killer. The four-episode documentary The Ripper — no, not that one — covers the search for murderer Peter Sutcliffe, who killed at least 13 women in northern England from 1969 to 1980.

What’s smart and sensitive about The Ripper, directed by Jesse Vile and Ellena Wood, is that its focus isn’t on Sutcliffe. The victims are of interest here, and the ways investigators worked very hard to find their killer, screwing up much of the time.

The police characterized the victims as “good-time girls” because of the sketchy neighborhoods from which many came. A few were. Most weren’t. But the false presumption of prostitution meant the crimes didn’t get the attention they deserved for years. Finally, Atlanta theater lovers should know that Decatur-born, San Francisco-based playwright Lauren Gunderson (Exit Pursued by a Bear, The Revolutionists, Silent Sky, etc.) has her newest piece streaming online. THE CATASTROPHIST is a particularly personal project. It focuses on virologist Nathan Wolfe, Gunderson’s husband, and is based on interviews she did with him during this year of COVID about the viral nightmares he’s made his life’s work. California’s Marin Theatre Company, where Gunderson is playwright-in-residence) and Maryland’s Round House Theatre copresent the one-man drama through February 28. Tickets are $36, including fees. Some proceeds will benefit Theatre Bay Area’s Performing Artists Workers Fund.