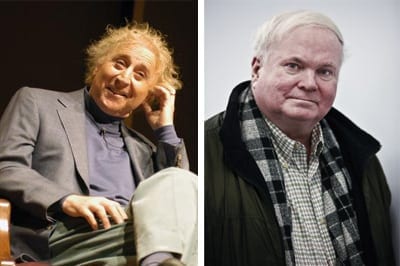 Book Festival of the Marcus Jewish Community Center of Atlanta, through November 21. Events held at the center, Zaban Park, 5342 Tilly Mill Road, Dunwoody. For a festival calendar, visit atlantajcc.org. Tickets may be ordered online or by calling 678-812-4005.

Star power has always been a draw of the Marcus Book Festival, now in its 19th year. Pat Conroy, Gene Wilder and Jessica Seinfeld will be among the headliners at this year’s literary jamboree of readings, book signings, panel discussions, author meet-and-greets and children’s storytelling festival. Besides big names, the festival brings together journalists, historians, literary authors and emerging voices in an ambitious two-week program.

Conroy, the granddaddy of Southern literature and one of five keynote speakers, will appear tonight (November 13) at 8 p.m. to discuss his new memoir, “My Reading Life.” This intimate story of his evolution from “a profoundly shy and battered young man,” the victim of an abusive fighter pilot father, to a successful author is brought to life by his continual search for an understanding of the world through books. Conroy telescopes his years in Atlanta, where he wrote “The Great Santini” in a Victorian house in the Emory area, into his decades-long love affair with the Old New York Book Shop. This musty, labyrinthine antiquarian Atlanta book repository became his “own personal Magdalen College in Oxford,” a hallowed space where “the great writers of the world sang out in darkness and greeted me with the pleasure of my arrival.”

Over many years Conroy would buy some 5,000 volumes from the store, including Gabriel Garcia Marquez’s “One Hundred Years of Solitude,” which strikes me as an unexpected influence on a Southern writer, but one that he says “changed the way I wrote and thought for the rest of my natural life.” 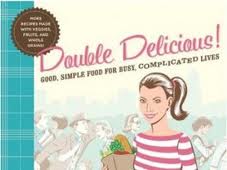 Jessica Seinfeld, cookbook princess and wife of comedian Jerry Seinfeld, will discuss “Double Delicious” on Wednesday, November 17, a follow-up to her best seller “Deceptively Delicious,” which was the talk among mothers a couple of years ago for its clever strategy of concealing vegetable purees in kiddie food. Though Seinfeld was sued for plagiarism (unsuccessfully) by a little-known author of a similar book, her affection for 1950s-style book jackets and zeal for hiding healthful nutrients in everyday foods continues unabated. And then, of course, there’s the occasional magical zap of a celebrity secret she can offer, such as the recipe for Jerry’s Cinnamon Buns.

Before actor and comedian Gene Wilder concludes the festival with a look at his first collection of stories, “What Is This Thing Called Love?” (Sunday, November 21), two emerging authors, Jessica Jiji and David Schmahmann, will discuss their novels of forbidden love in other cultures on Sunday, November 14. Jiji’s “Sweet Dates in Basra,” based on her Iraqi father’s reminiscences of his homeland, tells of a love affair between a Marsh Arab girl and a Jewish boy in the Iraq of the 1940s. Schmahmann’s “Empire Settings” tells of a dangerous liaison between the teenage scion of a Jewish family and a black servant’s daughter in apartheid South Africa, then jumps ahead 20 years, when the boy, who has sought a new life in America, returns to Africa to learn what became of the love he left behind. 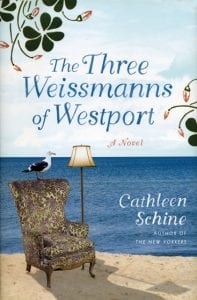 Cathleen Schine will speak about her new novel, “The Three Weissmanns of Westport,” on Tuesday, November 16. It’s described as a modern retelling of Jane Austen’s “Sense and Sensibility” set in the upscale New York bedroom community of Westport, Connecticut. In Schine’s story, two sisters — a cautious (what else?) librarian and a scandal-mired literary agent — come to share a cottage with their elderly mother, recently abandoned by their father for a younger (what else?) woman. Schine’s language is simple, warm, comfortable and friendly, like the homey, overstuffed armchair pictured on the book cover. Sometimes a reader prefers a story that feels like a warm, fuzzy slipper to one that’s as racy as a five-inch heel.