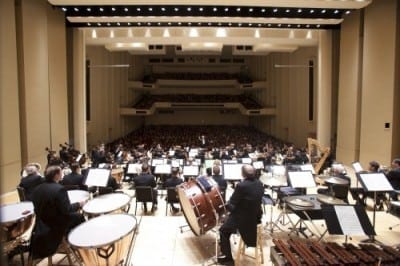 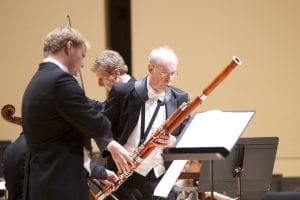 Hired by Robert Shaw in the 1970s, Nitchie and Rex still lead their sections — Nitchie’s playing, especially, remains at an exceedingly high level — and they returned to Haydn’s work Thursday in Symphony Hall. The old-timers partnered with two of the orchestra’s youngest and newest members. (Photos by Jeff Roffman.)

David Coucheron is in his first season as concertmaster. A few symphonic solos aside, this concert, as well as an upcoming Mozart violin concerto in February, serve as his introduction to the hometown audience. Principal oboist Elizabeth Koch, of course, has become a star of the orchestra since she dropped out of Philadelphia’s Curtis Institute of Music, at 21, to take the ASO gig. In three years, she’s helped enrich and deepen the orchestra’s woodwind sound, now fragrant and colorful and cohesive. Her only drawback is that, after a few years of professional experience in Atlanta, she will likely be snatched away by a bigger orchestra (just as the Chicago Symphony hired ASO-seasoned Chris Martin as its principal trumpet). 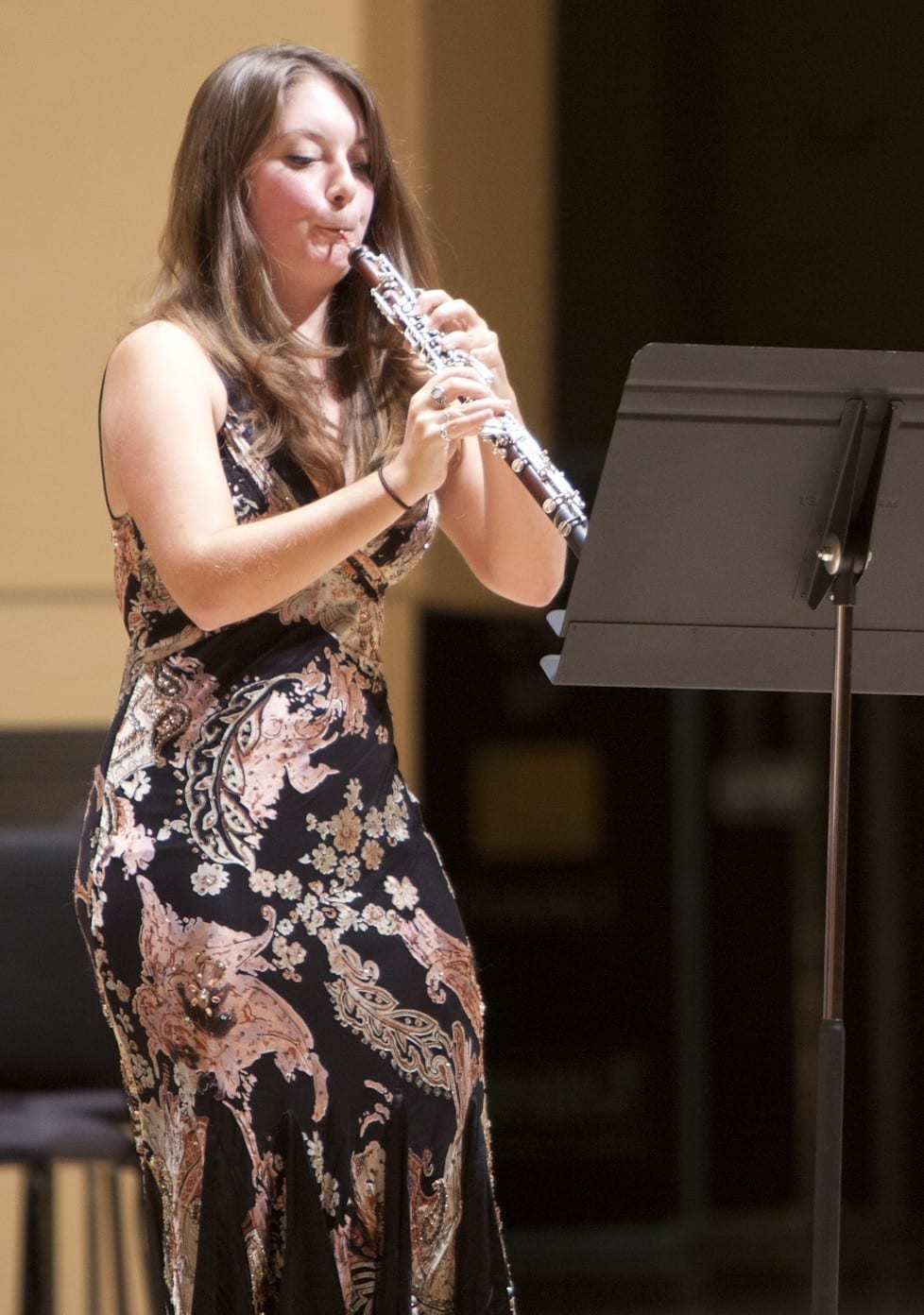 Haydn’s “Sinfonia concertante” is, how shall we say, an awkward work by a genius at the height of his creativity. Composed during the same decade as his supreme “The Creation” and his most popular symphonies, it was produced to fulfill a hasty London commission for a quartet of mismatched soloists, backed pleasantly by an orchestra. The music is polite, articulate and chaste. There’s no passion to speak of, no gripping intensity, although Haydn’s proportionate style is always worth savoring, like the best Palladian architecture.

The quartet played beautifully and it felt as if we were eavesdropping on an interesting conversation among friends. Coucheron’s violin tone is succulent and sweet, with a nobility of sound. (That nobility, an aristocratic grandeur, is what makes the Norwegian violinist suitable for a concertmaster’s job, just as a certain poise and handsomeness are what distinguish a leading man from a character actor.) Koch’s singing tone and Nitchie’s plumy, peat-mossy sound complemented the violinist; in this company, Rex’s dry, lean style stood apart.

The concert was led by Hugh Wolff, a veteran of high skill who, perhaps unfairly, toils in the routinier ranks of international conductors. He’s now in charge of the orchestral program at New England Conservatory. Although the ASO played too loudly and without much definition in the Haydn, it was nicely balanced and lyrical in the evening’s opening work, Smetana’s “The Moldau.” The river of Bohemia surged, the forest hinted at dark secrets, peasants danced and sang along its banks, and the water levels rose to a majestic flood of nationalistic sentiment. Wolff made conducting Smetana sound easy. (Compare that with the struggling baton technique of last week’s maestro.) But in a hallmark of Wolff’s temperament, there was little sense of necessity: why were they playing this? It was done as a dinnertime serenade, as background music. 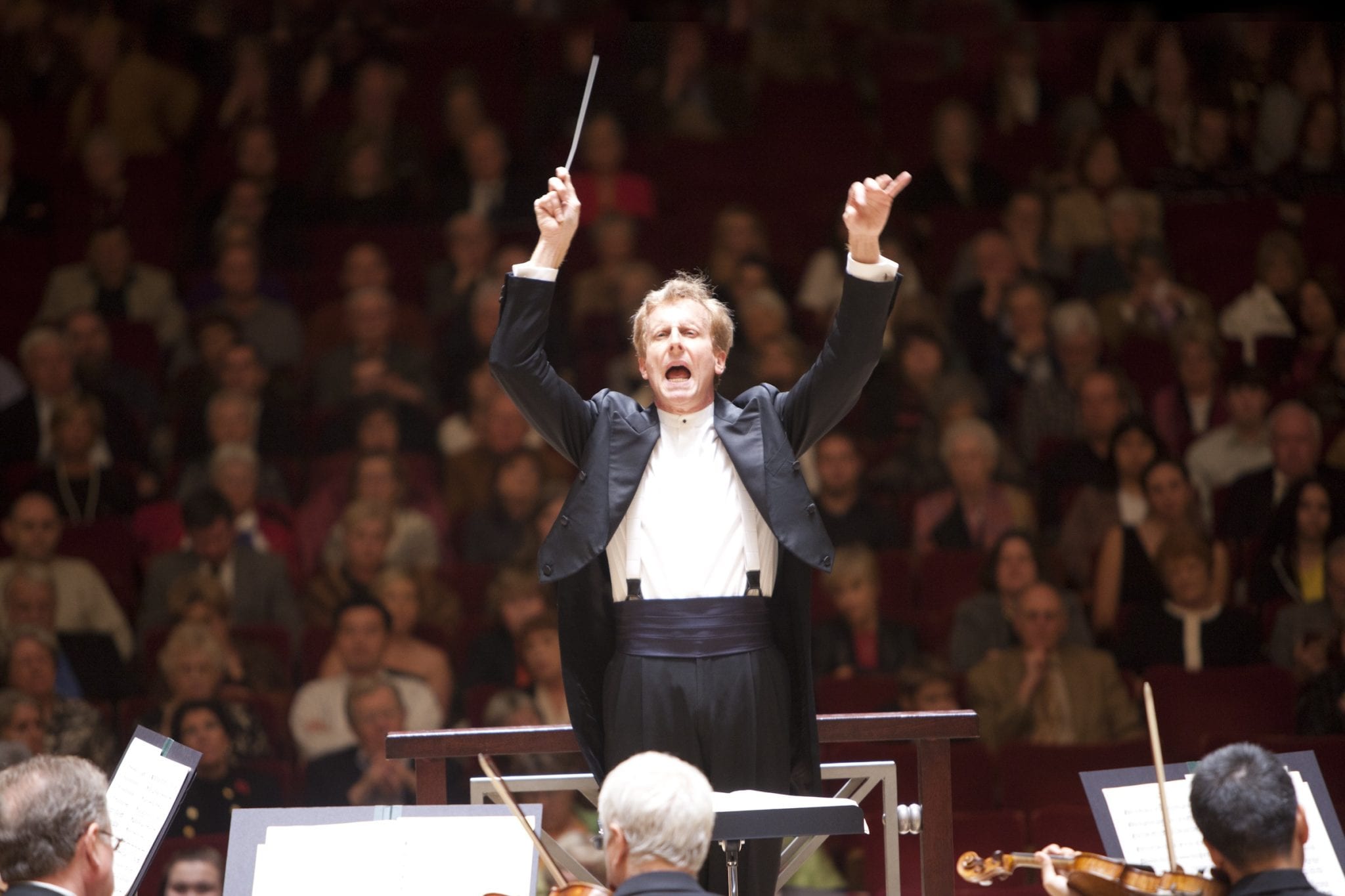 My opinion of Hugh Wolff, comfortably ensconced, reversed 180 degrees with Shostakovich’s Symphony No. 10, among the most emotionally searing works in the repertoire — even if that intensity can be difficult to bring to a boil. It was composed in 1953, just after the death of that amateur music critic with lethal judgments, Joseph Stalin, who paid close attention to music and controlled the Soviet Union’s artistic agenda as tightly as he dominated its political culture and military. Shostakovich’s symphony is less catharsis at the passing of evil than the howl of a still-open wound.

When the late Mstislav Rostropovich, a friend of the composer’s and a Soviet defector, conducted this work — I heard him with the National Symphony Orchestra in Washington — he would communicate so much personal anguish that the orchestra and much of the audience would be choking back tears. If I recall correctly, Wolff was an NSO assistant conductor in the Slava years.

However he came to it, Wolff’s Shostakovich 10 was powerful, three-dimensional and devastating, and the ASO blossomed by his approach. Much of the opening movement builds to an unbearable tension. Wolff paced it tautly and meaningfully, with understated authority. When the music finally crossed that emotional threshold and plummeted into some dark netherworld of a broken psyche, Wolff did not, would not, relent. In the savage, slashing second movement — perhaps a portrayal of Stalin himself — the orchestra blared at (and beyond) a comfortable volume while maintaining eloquent control. The final two movements never lost focus, although there were fewer revelations in the interpretation. Credit Wolff with delivering the crucial essence of a harrowing masterpiece of the 20th century. 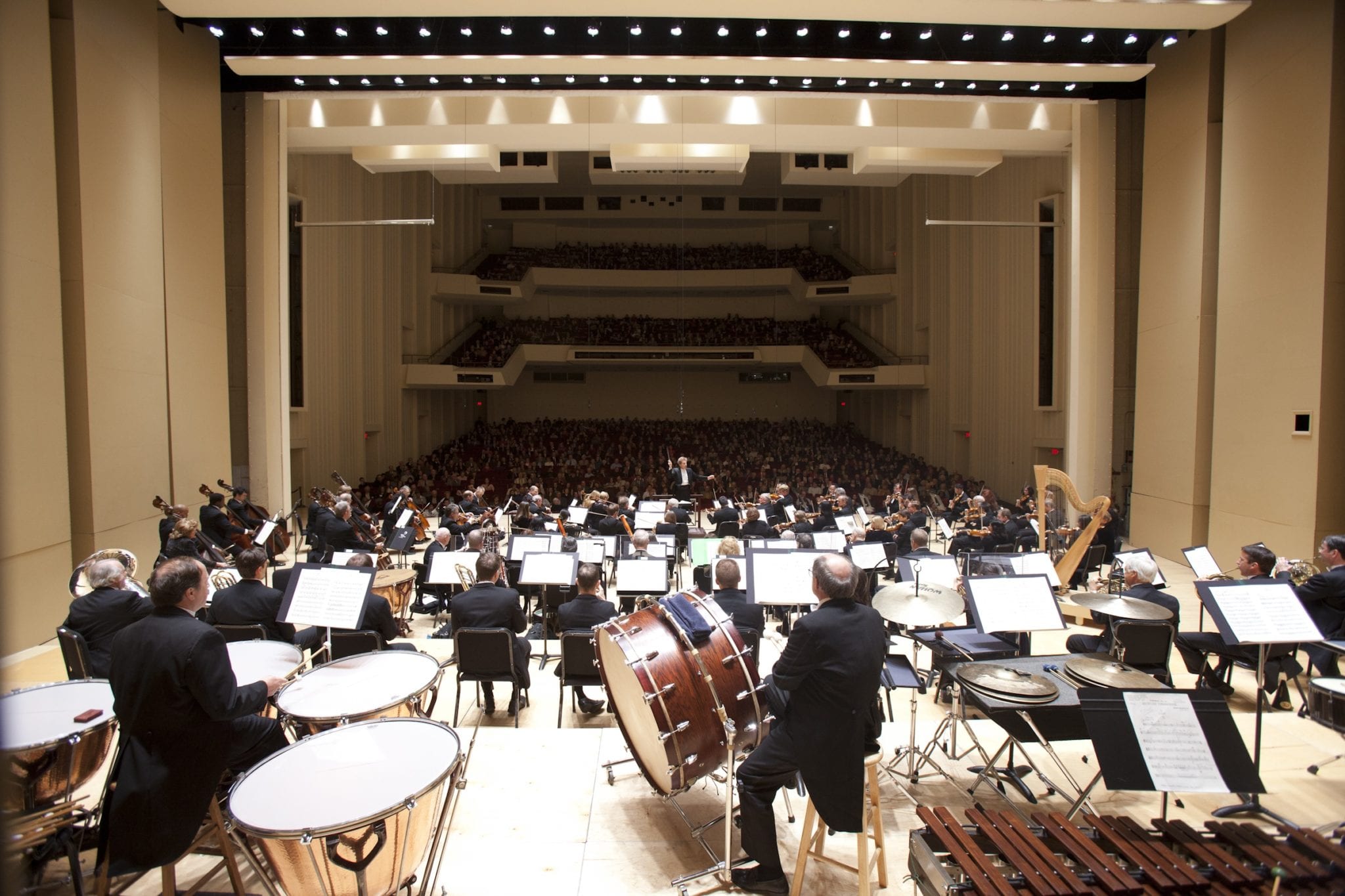