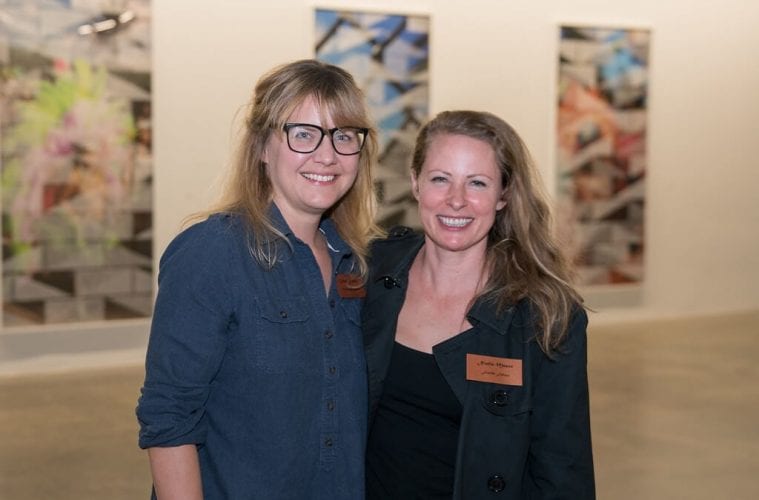 South Arts announced the winners of their inaugural Southern Prize and Finalist Prize on April 24. After naming their state finalists earlier in the month, the regional nonprofit arts organization serving the nine-state region of the Southern United States hosted an event at Atlanta Contemporary to commemorate the state fellows and announce the winners of this year’s prizes. In total, South Arts distributed $80,000 to the nine visual artists commemorated throughout the evening.

Ground Control (Mexicali/Calexico) Install and Process by Noelle Mason. Ground Control is a series of rugs that reproduce images of the U.S./Mexico border at places of political conflict taken by the Terra satellite. This rug depicts the striking difference in land use and human impact in Mexicali and Calexico and was the location of the “Asalto a las Tierras.”

The inaugural Southern Prize, which was awarded to Florida’s state fellow, Noelle Mason, gave the winning artist $25,000 and a two-week residency at the Hambidge Center for Creative Arts and Sciences. The Finalist Prize of $10,000 went to Mississippi’s fellow Coulter Fussell. Both artists received these prizes in addition to their $5,000 fellowship gift. Run Home Quilt 2017 by Coulter Fussell. “This is the latest quilt for Run Home Collection. The New Yorkers send me beautiful fancy fabrics from their travels and I mix it with my vast southern vintage collection of fabrics. There is fabric in this quilt that is over 150 years old. It came from an old house robe from ‘the Big House’, the home of an old wealthy Water Valley family. The Big House is across the street from my house, which is not big.”

Mason, who is an associate professor of sculpture and extended media at the University of South Florida, works in multiple mediums. She manipulates appropriated images, objects and contexts to investigate and expose the seductiveness of power. Through sculpture, performance and craft, her art examines the way meditation affects our response to traumatic events such as the Rodney King beating, the Columbine shootings and war.

Fussell is owner of YaloRUN Textiles, a craft store and experimental textile studio in Water Valley, Mississippi. As an artist, she absorbed the process of quilting by watching her mother, a master quilter, who encouraged quilting with freedom and abandon while still paying attention to order of operations and functionality. Fussell earned a BFA from the University of Mississippi and has had her work featured in the New York Times and ART PAPERS.

“We are honored to support each of these artists,” said Suzette Surkamer, executive director of South Arts. “From the traditions of quilt-making to astonishing contemporary installations, our Southern Prize and State Fellowship winners represent a diverse roster of talent, background, and style.”