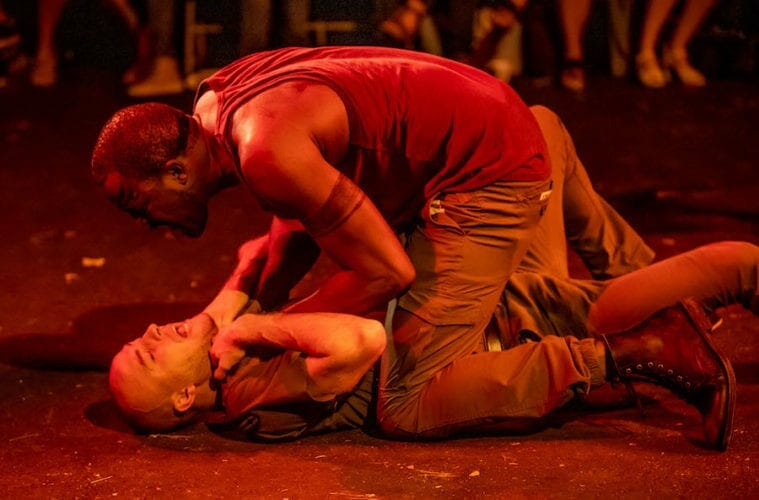 “O, beware, my lord, of jealousy; it is the green-ey'd monster, which doth mock the meat it feeds on,” says Iago (Michael Vine, bottom) to Othello (Brian Ashton Smith) in the revenge tragedy. (Images by Johns Creek Photography)

Shakespeare on Draught turns Bard’s canon on its beer with casual, outdoor productions

This ain’t no fusty Shakespeare. 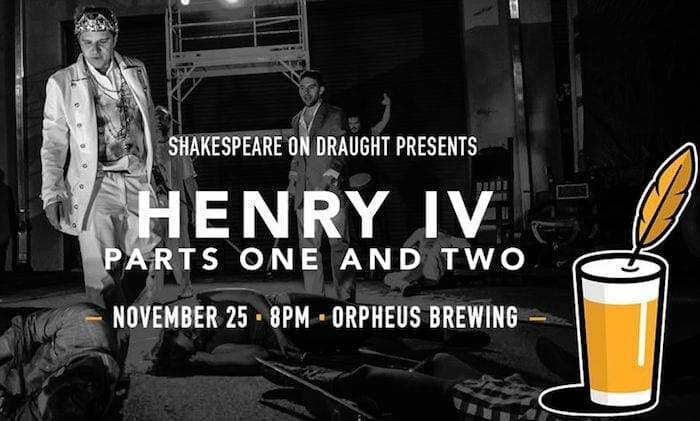 The event includes a live rock band, beer and Mexican food. There are no tickets. It’s free, and you just show up. If an actor calls for a line, you drink. You may be asked to wield a prop. If it’s raining, the show most likely will go on (get the latest news via Facebook). Most everything else will be a surprise to audience members and actors alike.

Shakespeare on Draught dates to December 2016, when theater-maker and Atlantan Elizabeth Ann Miller — inspired by the similarly themed Shakespeare in the Bar in Dallas, Texas — founded the off-the-cuff company that bows to the Bard four or five times a year. Henry IV is its 14th production, following stagings of everything from Othello, The Tempest and Twelfth Night to The Comedy of Errors and A Midsummer Night’s Dream.

The company values bravery, inclusion, boldness and pluck, its website says, and exists to create a playground where actors can work on their craft; turn newer, younger audience members into Shakespeare lovers; and unite Atlanta’s geographically scattered artistic community by bonding over a show and a pint.

The company has more than 80 members, many of whom serve multiple roles. Each show has four rehearsals: one read-through for the entire cast, no more than two working sessions to do blocking and a final run-through the night before the single performance. 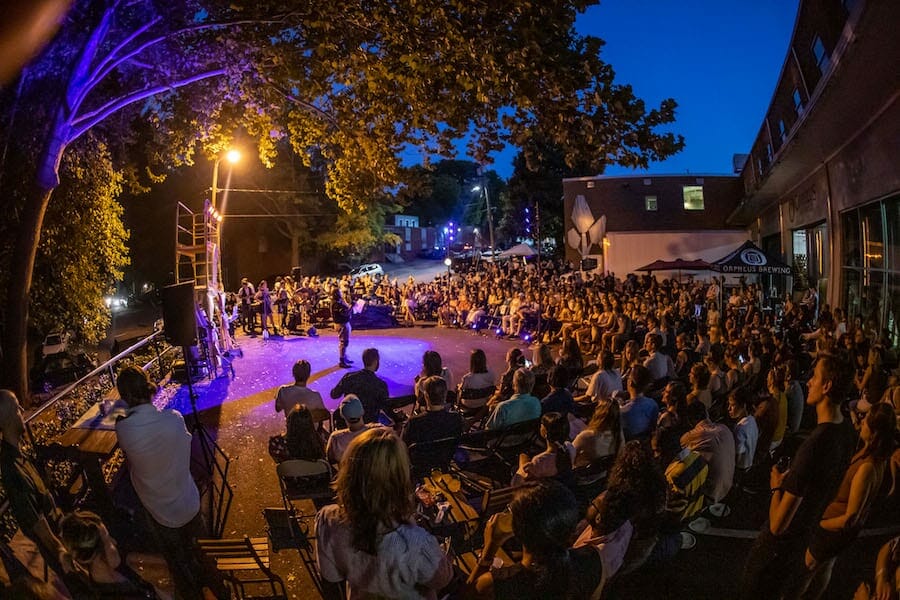 The scene is set for another Shakespeare on Draught event at Orpheus Brewing on Dutch Valley Place NE.

The only extra rehearsals — for safety reasons — are mandatory fight calls. The fights in Henry IV, choreographed by Tennison Barry III, will boast the largest number of active onstage combatants the company has ever seen. Another quirk? Draught doesn’t use directors. Shows are shaped under the general guidance of a “captain.” And it does minimal editing of the script. For the most part, the kinds of cuts made at other theaters don’t happen here. Monday’s Henry IV, which turns two history plays into one, is an exception.

Henry IV features flipped-gender casting. Queen Henry IV (longtime collaborator Madison Hatfield) is facing rebellion on all fronts. An army of rebels is eyeing her crown, and she’s struggling to control young Prince Hal, her eldest son, who chooses tomfoolery with the oft-drunk Falstaff (also Hatfield) over his court duties. Can she quash a coup, preserve her crown, reach her son and maybe get some sleep once in awhile?

Shakespeare on Draught actors work throughout metro Atlanta onstage, in film and as improvisers. “It’s very much a pull-your-own-weight thing,” says actor/improviser Sofia Palermo, who plays John of Lancaster in Henry IV. “We’re all collaborating and doing as much as we can to make our characters fun.” They are expected to devote as much time as necessary outside of rehearsal to memorize their lines and develop their characters. They must also provide their own costumes and props.

“It’s terrifying,” says actor Paul McClain. “I am intrigued and exhilarated by the fact that I’m terrified by every single thing that Shakespeare on Draught does. And then it turns out to be one of the most rewarding experiences I’ve had ever.” 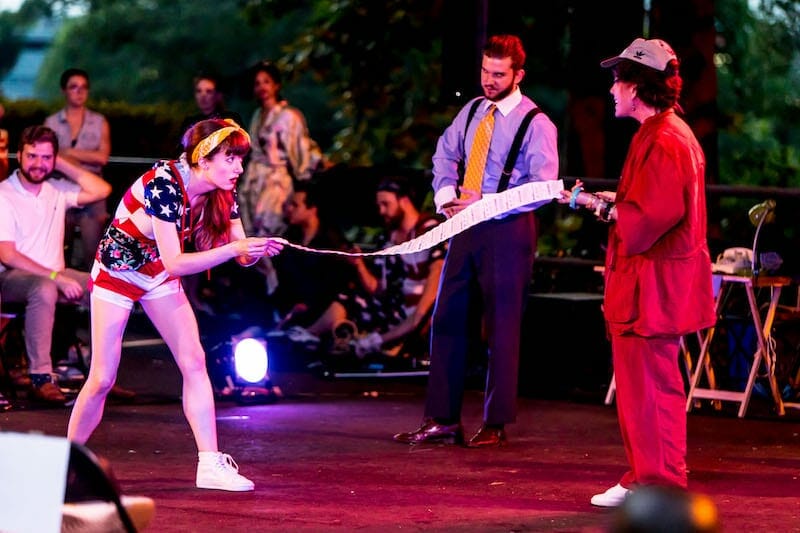 Shakespeare on Draught actors (Victoria Blade, from left, Bowen Fox and Hannah Alline Culwell in “The Comedy of Errors”) are responsible for finding or making their own costumes and props.

Shakespeare on Draught’s methodology is hardly far-fetched. The original plays were written as they were rehearsed, often altered by actor and audience reactions. They were staged for audiences of every station in life — and every state of sobriety. In Shakespeare’s day, the fourth wall didn’t exist. It wasn’t at the Globe in 1592, so it’s not in the Orpheus parking lot in 2019. Palermo calls it “Shakespeare as it’s intended to be.”