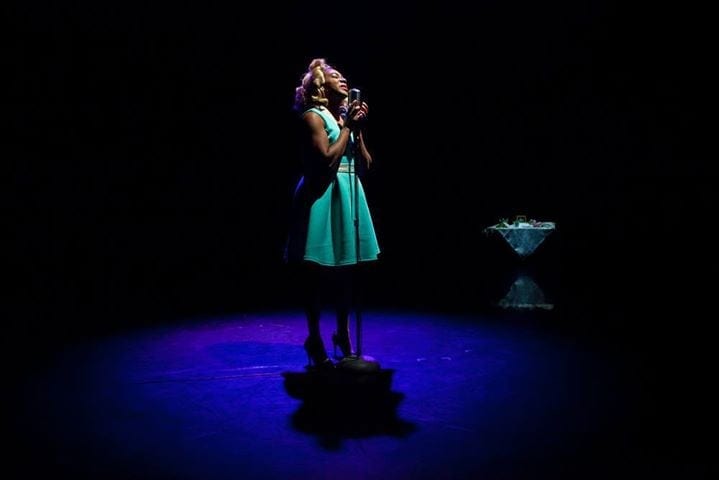 Corian Ellisor will tell the city what’s on his mind when his new work On My Mind has its world premiere at 7 Stages this weekend. (Courtesy Corian Ellisor/The Lucky Penny.)

What to see, hear and do this week, November 2–8

On My Mind. Atlanta-based dancer, choreographer and drag artist Corian Ellisor presents a new performance meditating on race and sexuality in the South. November 3–5. 7 Stages.

Hz. Atlanta dance collective Fly on a Wall reprises its work based on binaural beats, an auditory illusion created when tones are played at different frequencies. Participants are asked to bring a pair of headphones and a mobile device to the performance. November 3–5. Atlanta Contemporary.

Blade of the Immortal. Japanese director Takeshi Miike presents a new live-action film based on the popular manga series by Hiroaki Samura about a cursed samurai who must kill a thousand evil men to gain immortality. Opens November 3. Landmark Midtown Art Cinema.

Most Beautiful Island. Ana Asensio writes, directs and stars in a new film about an illegal immigrant in New York who finds that a promising work opportunity leads down a dark path. Opens November 2. Plaza Theatre.

Zac Posen. Savannah College of Art and Design-Atlanta presents the renowned designer, who will speak after a screening of the 2017 documentary House of Z, which chronicles his rise to fame. November 2 at 6:30 p.m. SCADshow.

Crossing Delancey. As part of its on-the-road season, the Alliance presents a new production of Susan Sandler’s 1985 play, which became a hit 1988 arthouse film, about a single young woman whose 80-year-old “Bubbie” is determined to see her granddaughter married before she dies. In his review, ArtsATL critic Jim Farmer says that actress Mary Lynn Owen as Bubbie steals the show in a funny, touching performance. Through November 25. Marcus Jewish Community Center.

Hand to God. As part of its on-the-road season, the Alliance presents a new production of Robert Askin’s Tony-nominated 2011 Off-Broadway hit about a possessed Christian ministry puppet. Through November 12. Dad’s Garage.