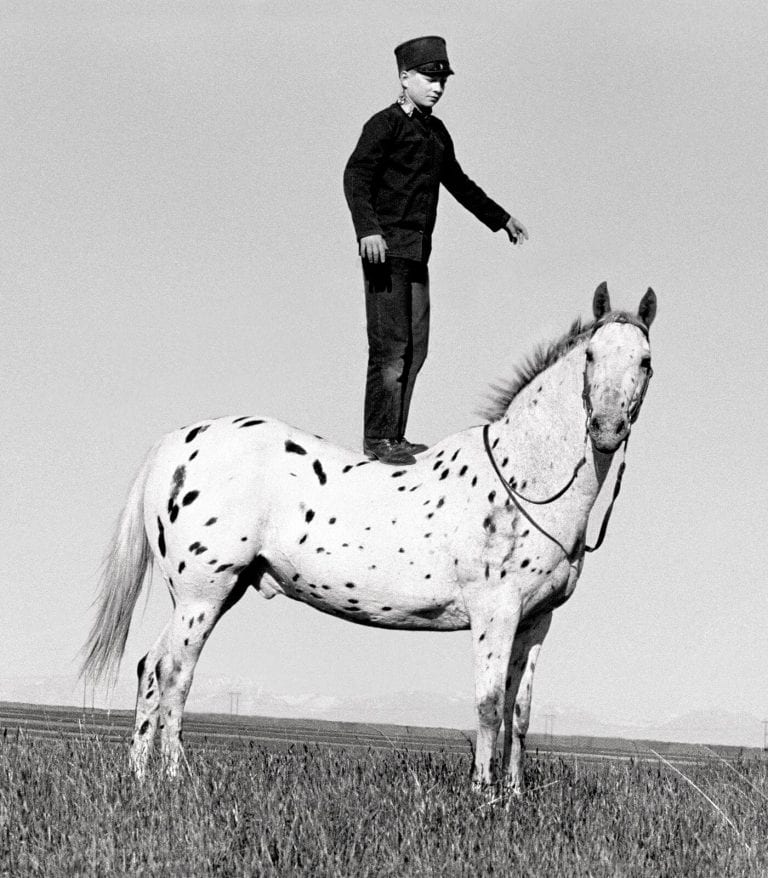 Laura Wilson: That Day. An exhibition of more than 60 large-scale images of the American West by the former assistant to Richard Avedon. January 20–April 29. Booth Western Museum of Art.

Deborah Roberts: The Evolution of Mimi. A new exhibition of the artist’s work features more than 50 collages, paintings and hand-painted serigraphs considering girlhood, self-image and the dysfunctional legacy of colorism. Artist reception January 25 at 6:30 p.m. Exhibition from January 25–May 19. Spelman Museum of Art.

Carrie Mae Weems: From Here I Saw What Happened and I Cried. Hammonds House exhibits the artist’s 1996 work based on found archival photographs of enslaved people in the American South, alongside People of A Darker Hue, Weems’ 2016 film about police violence. Opening reception January 19 at 6:30 p.m. Artist talk February 4 at 2 p.m. at Auburn Avenue Research Library. Exhibition through April 29. Hammonds House Museum.

Atlanta Opera: The Magic Flute Studio Tour. The Atlanta Opera presents a free production of its condensed one-hour English-language version of Mozart’s The Magic Flute for children, created in collaboration with the Center for Puppetry Arts. January 20 at 11 a.m. First Presbyterian Church of Atlanta.

Marty Stuart and His Fabulous Superlatives. The country music singer-songwriter performs songs from his latest album Way Out West and from his five decades in music. January 24 at 8 p.m. Variety Playhouse.

Roomful of Teeth. The Grammy-winning experimental vocal ensemble’s composer and founding member Caroline Shaw is the youngest-ever winner of the Pulitzer Prize for Music. January 21 at 7 p.m. Rialto Center for the Arts.

They Might Be Giants. The renowned Brooklyn-based duo tours in support of its new album, I Like Fun. January 20 at 8 p.m. Variety Playhouse.

Dearly Beloved. A new production of the contemporary comedy about a wedding in small town Texas. Through February 4. Theatre in the Square.

Falling Off the Edge. A world premiere comedy by Paul Donnelly tells the story of two single women who meet a man at a resort in Costa Rica. Through January 28. Onion Man Productions.

Lady Day at Emerson’s Bar and Grill. A one-woman show about Billie Holiday’s final performance at a seedy bar in Philadelphia in 1959 features Atlanta actress Terry Burrell as the legendary singer. Through February 4. Theatrical Outfit.

Maytag Virgin. Courtney Patterson and Brad Brinkley star in Audrey Cefaly’s 2015 play about a year in the life of a recently widowed high school teacher and her mysterious new neighbor in rural Alabama. Through February 11. Aurora Theatre.

Tenderly. Actress Rachel Sorsa plays the lead in a jukebox musical telling the story of the life and music of singer Rosemary Clooney. Through January 28. Georgia Ensemble Theatre.

Women’s Shorts. Out of Box presents an evening of short plays written by women about women over 50 in honor of Jo Howarth Noonan, a beloved Atlanta actress who passed away in 2015. Through January 20. Out of Box Theatre.

Dinosaur! The Alliance’s Theatre for the Very Young reprises its collaboration with the Fernbank Museum of Natural History for an interactive production introducing kids to the wonders of the prehistoric world. Through February 18. Alliance Theatre Black Box.

Kevin Young, Bunk: The Rise of Hoaxes, Humbug, Plagiarists, Phonies, Post-Facts, and Fake News. The award-winning poet and former Emory professor returns to Atlanta to discuss his new nonfiction book, which traces the history of the hoax as an American phenomenon. January 18 at 7 p.m. Jimmy Carter Presidential Library.

Mary and the Witch’s Flower. Studio Ponoc’s debut film by Academy Award-nominated director Hiromasa Yonebayashi is based on the 1971 young adult novel The Little Broomstick about a young girl who gains magical powers for one day. January 18. Area movie theaters.