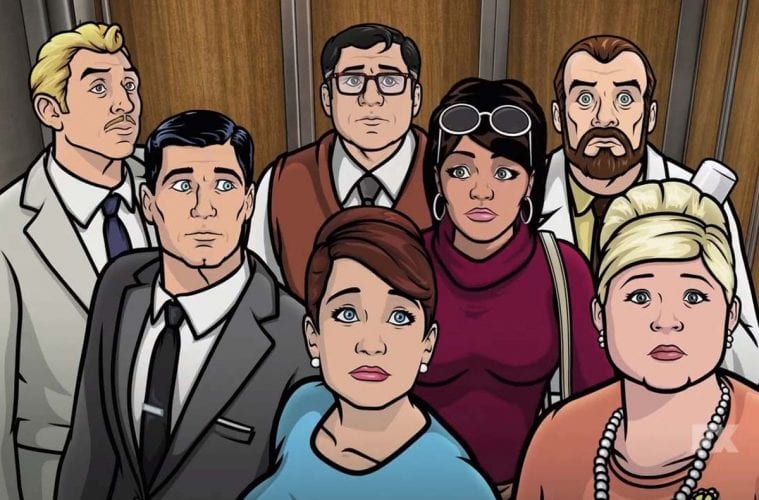 Ashley Kohler is president and executive producer of Awesome Inc., an Atlanta-based animation and design studio that has worked with Cartoon Network, Adult Swim, Nickelodeon and more.

During SCAD AnimationFest on Friday, Kohler recalled a time when such opportunities were unheard of for women. As part of a panel called “In the Moment: Exploring Inclusion and Diversity in Animation,” Kohler related a story about the difference between her career opportunities and her mother’s and grandmother’s.

“My grandfather was blue collar: he worked at Ford. She was a secretary,” Kohler told the capacity audience at Stage 2 of Midtown’s SCADShow (formerly the 14th Street Playhouse). “My mom was first in our family to go to college. I was a high school senior, and we were looking over my college classes. My elective was art. My grandmother looked at my schedule and asked, ‘If you don’t take typing, how are you going to be a secretary?’ And she wasn’t joking: she was very concerned for me and my future.”

Kohler smiled at the memory. “The ironic part is that I got out of college and my first job was as an executive assistant — and I didn’t know how to type. But it turned out OK. Women are figuring out: ‘I don’t need to take typing, I can take art.’ Now I own an animation studio.” Females make up a majority of SCAD’s animation students on its Savannah campus. (Photo courtesy of SCAD)

The second annual SCAD AnimationFest took place over the weekend at SCAD Atlanta and included a preview of the animated feature Smallfoot as well as panels on Mulan, classic Saturday morning shows and Adult Swim’s Your Pretty Face is Going to Hell.

Moderator Christina Maloney, SCAD professor of motion media design, began the diversity panel by pointing to a survey that found just 23 percent of animation jobs are held by women. She said that, as concerning as that is, the fact that “we don’t see [other] socially marginalized groups represented in the statistics is why we’re having this discussion today.”

A recurring theme throughout the panel was that animation jobs held by females or people from minority groups hasn’t kept pace with the increasing number of animation students and their demographics. Animation is the largest of the SCAD (Savannah College of Art and Design) degree programs, and during the panel, Max Almy, dean of the School of Digital Media, commented that the animation department of the Savannah campus is 65 percent women.

Most of the panelists offered theories as to why the animation industry doesn’t seem to employ women in proportion to the number getting degrees.

“We definitely as a studio have those questions ourselves,” Kohler said. “We do see [diverse] people coming to our tables at career days at schools. With job applicants, it’s a different story. With Adult Swim, perhaps women would like to work on a different kind of content? It crosses our minds.”

Lisa LaBracio, animation director of TED-Ed, a category of the TED Talks conferences, provided a different perspective. “We’re not a studio environment, and work entirely with freelance directors,” she said. “Out of the 120 we’ll work with this year, our goal is to get to 50-50 [men and women directors], and we’re just under 50 percent so far this year. We’re doing nonprofit, mission-driven material — maybe we attract women for that reason.”

Savannah Alexandra, character designer for Atlanta’s Floyd County Productions, creators of Archer, offered her own theory. “Maybe it’s confidence that comes from seeing people in a position you want who look like you or are similar to you,” she said. “It can be discouraging if you want to be, say, an art director and don’t see anyone like you achieving the same thing. But as doors open now, there will be more opportunities for that to happen.”

Christina Elefante, production coordinator of Sesame Workshop, discussed the history of inclusiveness from Sesame Street. “We have Muppets of all shapes and sizes, and the same for our human performers,” she said. “When we tackle a project, we start from the beginning to make sure it’s as diverse as possible and make sure we’re including everybody. When we introduced Julia, an autistic Muppet, we wanted to show that everyone is welcome.”

Despite the panel’s optimistic tone, it ended on a sobering note when an audience member described being an immigrant student and facing the loss of a work visa in animation due to the current US political climate. Kohler said that Awesome Inc. had worked with several international animators who’d faced similar challenges. “It’s a very trying time, and we agree with you,” she said. “I don’t know how to put this, but ‘entertainment’ is on your side. The studios are in agreement and trying to make it work.”