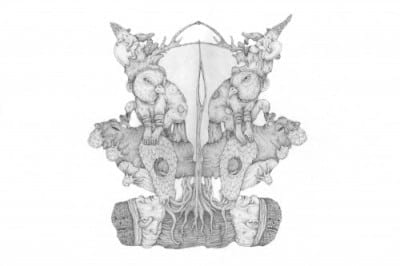 There were never two artists better matched than the psychedelic, suppurating, spewing, head-tripping duo of Atlanta-based Alex Kvares and Nashville-based Mark Hosford, whose work is on view at Beep Beep Gallery through May 28. The artists met in high school in Kansas — the inspiration for the show’s title, “Sasnak” — attended university together and undoubtedly will meet in that great heavy-metal parking lot in the sky.

Together they could start a movement: call it Art Nouveau Psychedelic. There is something both decadent and raunchy in their work (the pair never met a bodily orifice they couldn’t fill with something vile), and exceedingly decorative — if decorative is extended to include garlands of innards, lengths of spinal columns and skulls arranged in mounds. 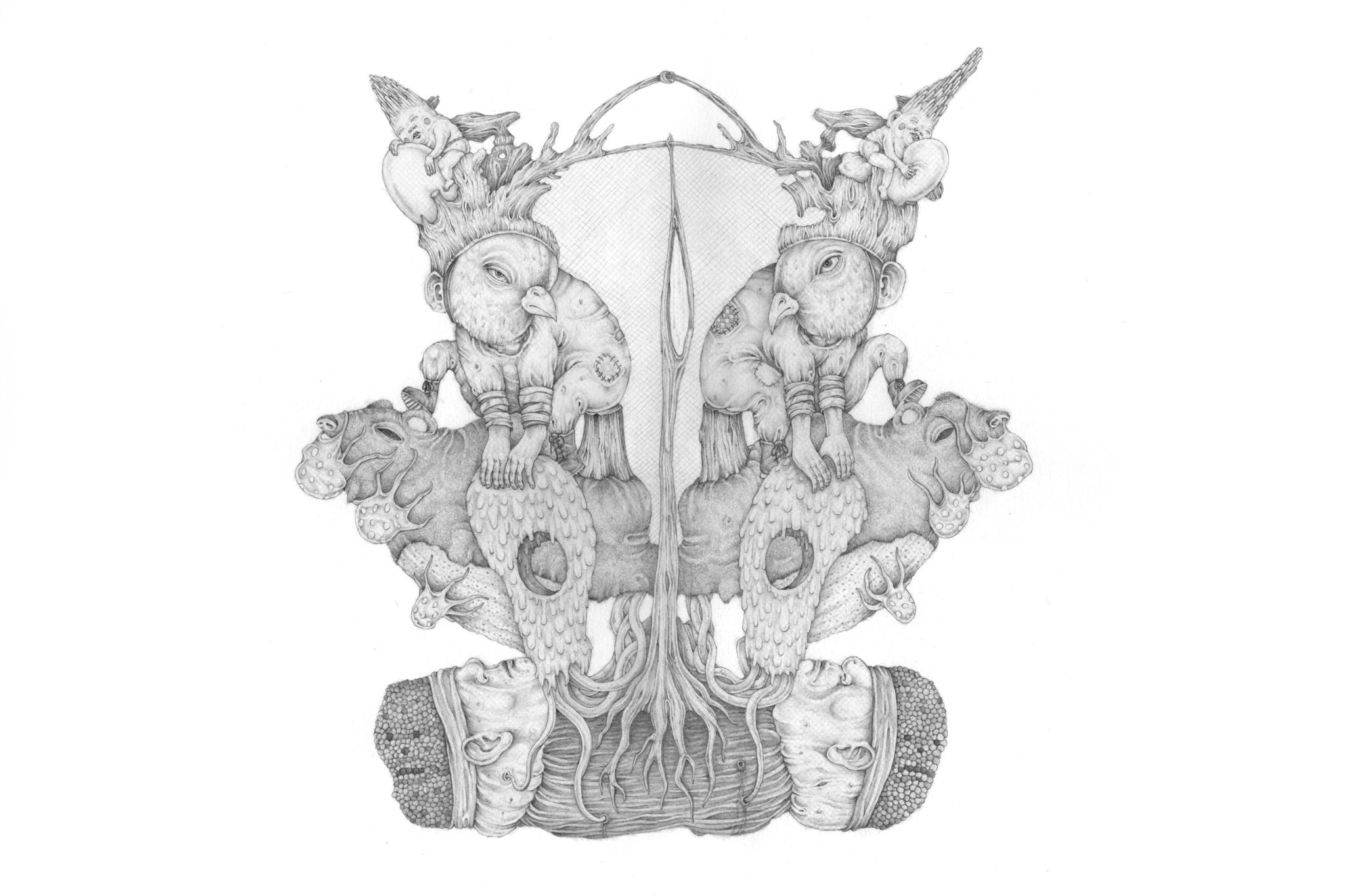 In one of two collaborative drawings, “Sasnak 1,” the artists conjure up a mutually agreeable scene of nightmare violence in which penetration and oozing are favorite tropes. A vaguely militaristic figure impales a vaguely hippie figure in an oblique reference to state control. It’s a highly narrative piece compared with much of the work in “Sasnak,” which suggests variations on a theme: the body leaking, broken, split, eviscerated in scenes that make your worst nightmares look as tepid as an episode of “The Lawrence Welk Show.”

Hosford (that’s his work above) has created a series of fantastical works modeled on Rorschach tests, those classic measurements of psychological wellness. As if conceding his own unwellness, Hosford’s Rorschachs are lacework images of Siamese twins, evil-looking bats and rodents, fat men and body parts cut up and arranged like a serial killer’s trophies. 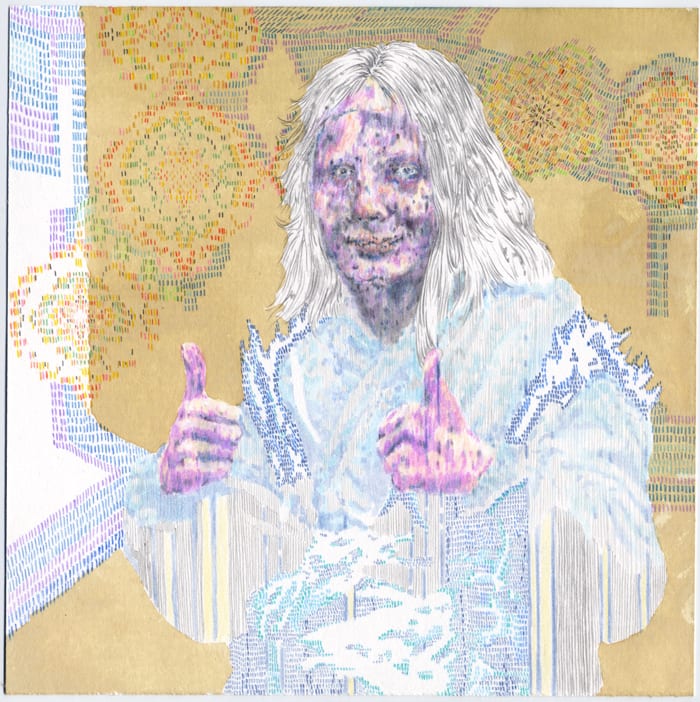 But, as grotesque as their violent and bodily injury-fixated subject matter may be, both artists tackle their material with a surprisingly ethereal touch. Nowhere else is that blend of the sacred and profane as beautifully balanced as in Kvares’ gorgeous “Untitled” (above), which teeters in a promising new direction he has been exploring recently, away from shock toward the sublime. One of Kvares’ ravaged, nearly eviscerated-looking figures, with a typically traumatized expression, is draped in a Klimt cloak that dominates the image with its tiny colored-pencil hatch marks. In a good mood it could be a coat of many colors, in a bad mood a death shroud ornamented with a bouquet of flowers. Either way, it’s a beauty. 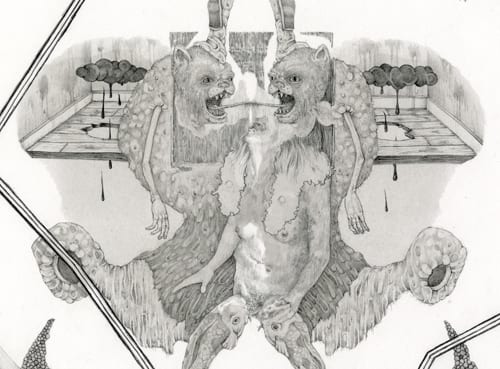