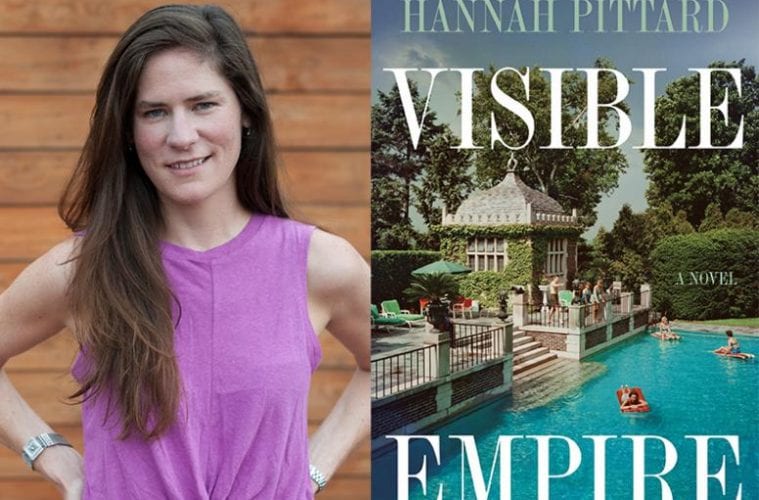 Review: Hannah Pittard’s “Visible Empire” captures the panic and grief that struck Atlanta in the wake of the Orly Crash

For a city said to evade definition, Atlanta has certainly had its fair share of defining moments, from Sherman’s burning of the city in 1864 to the 1996 Olympics. But when it comes to Atlanta’s cultural and arts landscape, few moments have left a greater mark than the Orly Air Crash of 1962, when a Boeing 707 leaving Paris crashed upon takeoff, killing 122 of its passengers, 106 of whom were Atlantans, many of them cultural and civic leaders returning from a museum tour of Europe. Rodin’s sculpture The Shade was donated by France in 1968 as a memorial to the art patrons from Atlanta who died in the Orly Crash of 1962. The disaster and its aftermath are the subject of Hannah Pittard’s new novel Visible Empire.

It’s the event that pushed the Atlanta Art Association to transform into the Atlanta Arts Alliance, the administrative body behind Alliance Theatre, High Museum, 14th Street Playhouse, The Atlanta Symphony Orchestra and The Atlanta College of Art and the driving force behind the Woodruff Arts Center. It’s also the event that inspired Atlanta native Hannah Pittard’s fourth novel, a work of historical fiction, Visible Empire, to be published June 5.

Articulating the grief of an entire community of people would be a challenge for any author, but Pittard does a beautiful job of contextualizing the disaster, which unfolds within the context of another social tragedy of its time. This was, after all, the American South of 1962. Regardless of the fact that Mayor Ivan Allen stated that “Atlanta has suffered her greatest tragedy and loss,” there were many other sustained losses and tragedies related to racism, inequality, violence and segregation.

Rather than merely telling the story of the grief of Atlanta’s affluent white community, with Visible Empire, Pittard charges herself with tackling difficult subjects like race, resistance and morality, in addition to grief, in her fictional reinterpretation of these real-life disasters. Somehow, she manages in 271 pages to effortlessly command the distinct voices of a pregnant, suddenly orphaned wife recently abandoned by her adulterous husband, his deceased mistress, a friend of the adulterous husband who inherited a fortune because of the crash, his closeted lesbian aunt, an aspiring actress and compulsive liar and a young black runaway named Piedmont who somehow gets caught up in their privileged web.

In Pittard’s masterful hands, the intricately woven plots and personalities that make up Visible Empire are relatable and corporeal. The most vivid of her characters are her female protagonists, especially Lily, the pregnant wife, who finds herself not only orphaned and abandoned, but on the brink of motherhood and in financial shambles:

It filled Lily with a sick sort of glee –– the opportunity to tell Robert that his abrupt and pathetic departure was the least of her worries. They were broke, that was news. The house she thought her parents had given them? It belonged to the bank now, as did the family compound at Lake Lanier. Her parents had been living off the principal of her inheritance for years, having apparently plowed through their own trust funds years ago . . . Lily was capable of reducing herself to mad fits of laughter whenever she thought about it long enough, whenever she thought, for instance, of her birthday and the way she’d folded herself into her mother’s arms, her father’s arms, thanking them both through tears for their unrelenting generosity always and always still. But the fact that Robert, whom she’d once considered the man of her dreams had left her? When she was seven months pregnant? Because he was in love with a dead girl? These were mere drips in a bucket.

Pittard’s command of voice is so dexterous and adroit that the wide range of worlds her characters reside within seem recognizable and familiar, though widely varied. The boarding house above a funeral parlor that young Piedmont runs to after leaving home becomes every bit as vivid as the Boeing 707 crash in Paris itself. And within these worlds, the characters’ heartaches are intimately familiar; their anger, confusion and grief likewise become our own.

Because there is no shortage of perspectives and stories to tell, it takes an author of Pittard’s caliber, finesse and nuance to articulate such a complicated place and time as Atlanta in the 1960s. Pittard tackles implications directly, analyzing and assessing the heart of things desperately ornate and tricky with great compassion, like a horologist reassembling an ancient clock. She reminds us artfully that there’s no need to uncomplicate, water down or simplify the labyrinthine histories of our city in order to make them comprehensible. In fact, sometimes, the unexplainable is much easier to understand when it is simply witnessed, and with Visible Empire, we are allowed to bear witness.

Novelist Hannah Pittard reads from Visible Empire at the Margaret Mitchell House on June 5 at 7 p.m.