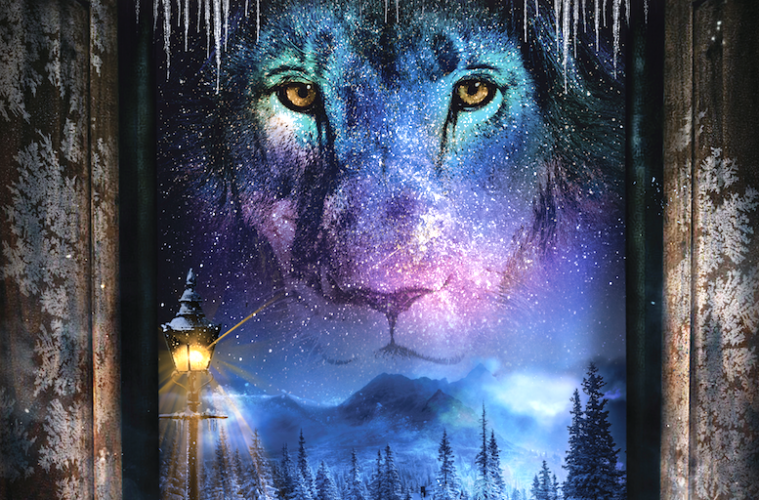 Meet Aslan the great lion on the other side of the wardrobe in Serenbe Playhouse's "Narnia," an outdoor, site-specific, traveling performance without seating.

Review: Travel through the wardrobe for an hour-long “Narnia” done the Serenbe way

Serenbe Playhouse has developed a national reputation for its over-the-top, immersive, site-specific productions. It landed a helicopter for Miss Saigon and sunk a ship for Titanic. Now it’s taking audiences through the wardrobe to a land where it’s always winter but never Christmas. The family-friendly Narnia, based on the C.S. Lewis book The Lion, the Witch and the Wardrobe, runs through January 12. (Note that it’s a traveling performance without seating.) 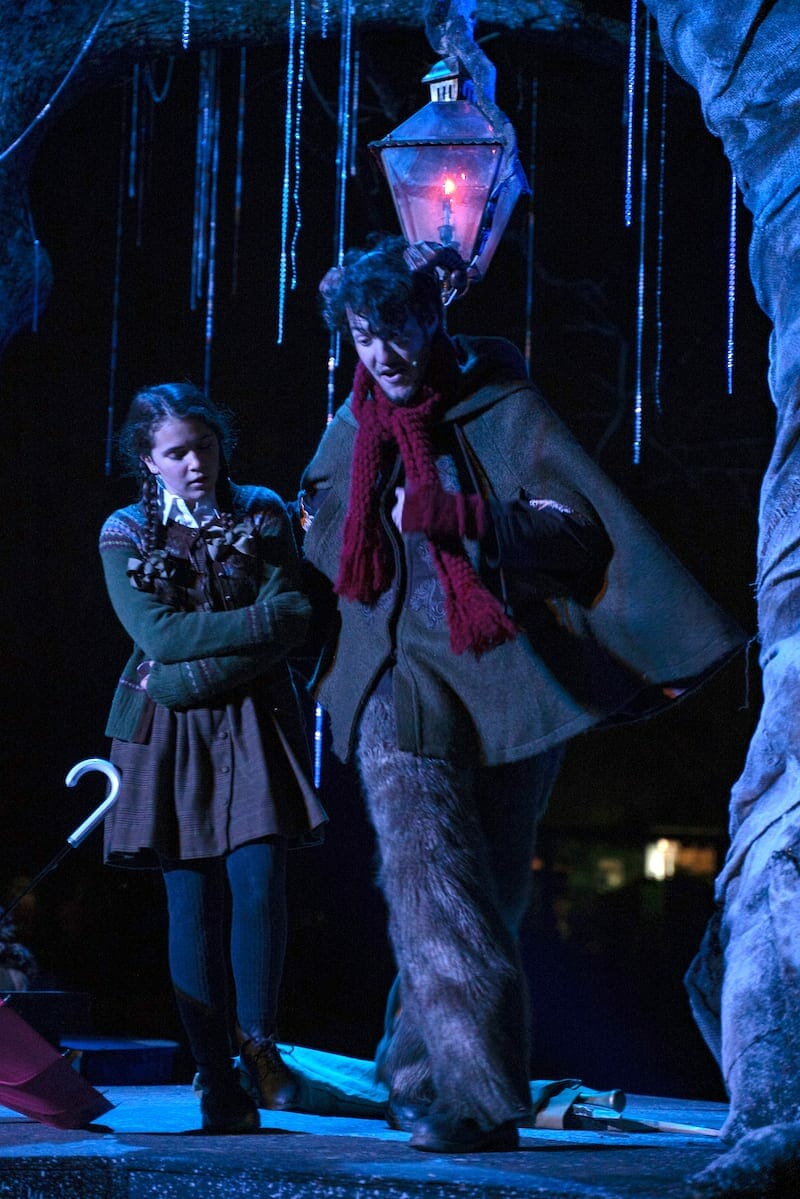 Eleanor Rocha as Lucy (left), one of four traveling siblings, and Micah Paterson in a scene from “Narnia.” Paterson plays multiple roles. (Photo by Lee Garmon)

The time is World War II, during the German blitzkrieg. Many Londoners are sending their children to the English countryside for safety. This includes siblings Peter (Barry Westmoreland), Edmund (Brandon Smith), Susan (Rebekah Larsh) and Lucy (Eleanor Rocha), who arrive at an eclectic cousin’s home and look for something besides reading to pass the time.

A game of hide-and-seek leads them through a mysterious wardrobe and into Narnia, a land inhabited by magical animals. The magic has turned dark, however, ever since the White Witch (Zuri Petteway) cast a spell over the land and dethroned Aslan the lion (Benedetto Robinson), the rightful king. With help from Father Christmas and a few furry friends, the children must find the courage to fight for justice and find their way home.

Joel Coady directs this adaptation and a cast of mostly young actors from the theater’s apprentice company. Narnia, in its first season here, replaces Hans Christian Andersen’s The Snow Queen, which had a five-year run under the leadership of founding artistic director Brian Clowdus, who recently left the company. Like The Snow Queen, it captures the childlike wonder and innocence we all seek during the holidays. The siblings banter and play off one another well, and Petteway, as the witch, manages to give a few small children in the crowd chills.

Coady and his creative team approach Narnia with remarkable attention to detail. Each location in the magical land has its own unique design, from the inside of the wardrobe to “icicles” on the trees to the glowing blue chips meant to represent a frozen river. Cole Spivia deserves a shout-out for her costume designs, especially the animal characters’ masks and the White Witch’s fur cape and silver corset. 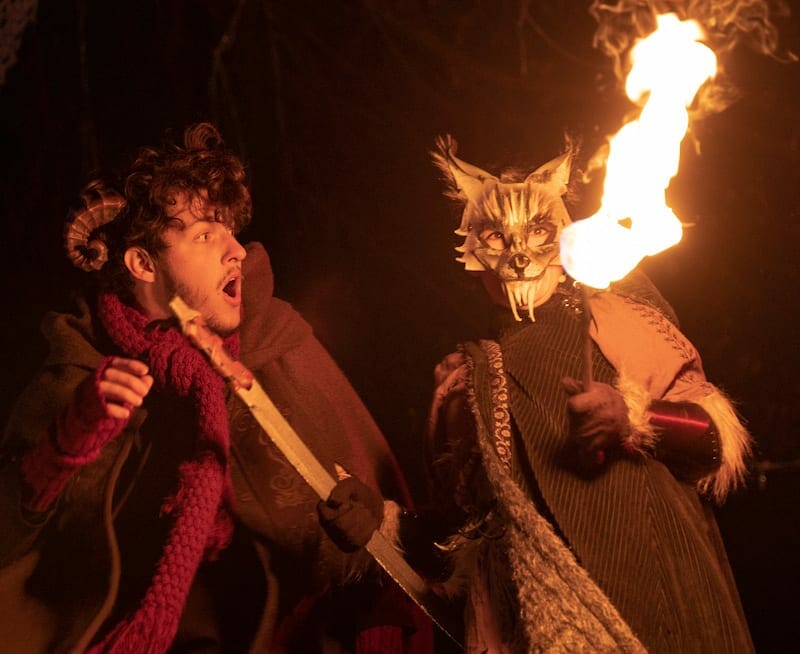 Jake Guinn’s fight choreography, which includes some impressive stage combat with fire, adds to the magic. The show’s few songs, however, feel unnecessary. In most musicals, the songs move the plot forward; here, they slow it down. And the speakers are subject to the elements, which can make the music difficult to hear.

Still, the Inn & Farmhouse Barn at Serenbe provides an ideal setting for this journey. As with most Serenbe shows, you follow the actors on foot, so wear comfortable shoes and dress for the weather. Following the young actors makes the story more vivid. To think that hundreds of children traveled alone to escape war 75 years ago would be unfathomable if it weren’t still happening at America’s Southern border today.

The Narnia experience is well worth the drive — it’s 35 minutes southwest of Hartsfield-Jackson Atlanta International Airport — for its hour-long run time and a few mud splatters. The chill in the air, the starry sky and the farm’s animals make the evening magical. And the story reminds us of the importance of compassion, something we could use more of year-round.