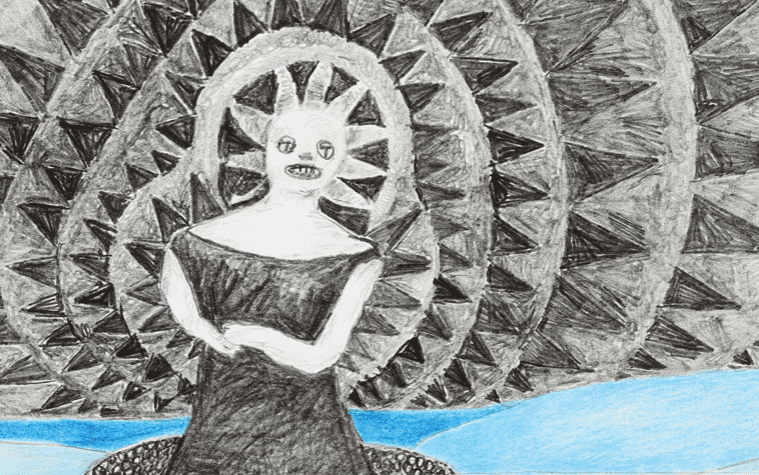 Detail: Benjamin Jones' "Salt Siren" (2018) is a new work on view at Whitespace. It's graphite and colored pencil on paper.

Benjamin Jones, who’s returning to Atlanta’s art scene after a hiatus of several years, gives an artist’s talk at 6:30 tonight (Thursday, December 12) at MOCA GA in support of his retrospective exhibition titled Benjamin Jones Speaking. The show, on view through February 15, looks at 40 years of his journals, provocative collage drawings and some new work. “The drawings are my way of screaming out,” says Jones, “hoping to make another person speak out, and then another.” On Friday (December 13), Jones opens Salt Island, a solo show of new work, at Whitespace. There’s an opening reception at 7 p.m. Friday. The show is on view through January 25. Jones now lives and works on Tybee Island.

The Goat Farm Arts Center holds its annual Open Studios and Holiday Sale on Friday and Saturday (December 13–14), a chance to meet artists in their workshops and collect one-of-a-kind artwork — and gifts — along the way. More than 25 artists are expected to take part, including sculptor and mixed-media artist Corrina Sephora and painter In Kyoung Chun. Open 4–9 p.m. Friday and noon–6 p.m. Saturday. Parking and restrooms on-site. 1200 Foster Street NW.