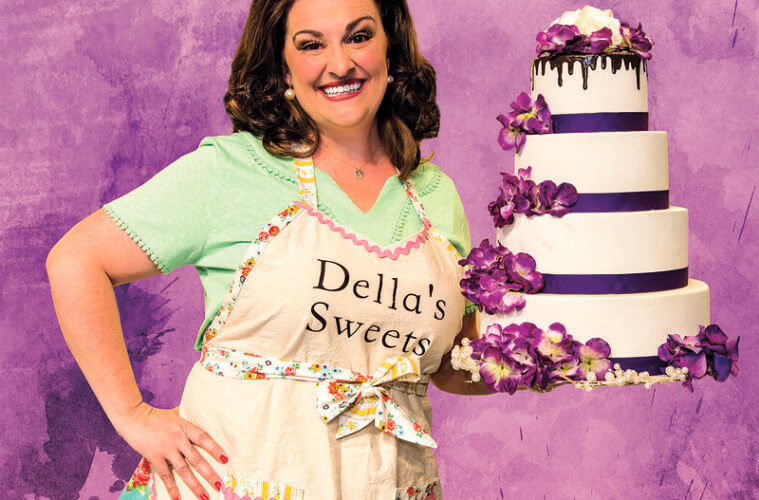 Marcie Millard stars as the baker Della in The Cake at Horizon Theatre.

Review: Supreme Court case inspires timely gay-themed “Cake” from “This Is Us” writer

Inspired by the Colorado case of a baker who refused to make a cake for a gay couple, Bekah Brunstetter’s The Cake sounds, at least on paper, like a play that could wind up well-intentioned but simplistic. It’s not. Onstage at Horizon Theatre through June 23, it manages to find empathy for all its characters thanks to some fine direction and performances.

Brunstetter, who for three seasons served as a writer for NBC’s This Is Us, comes from North Carolina, and her father — a state senator — voted against a same-sex marriage amendment seven years ago. This is personal material for the heterosexual playwright who has long been an LGBTQ ally and is turning her play into a film.

The central character here is Della (Marcie Millard), who owns a bakery in Winston-Salem, North Carolina, and is about to make her TV debut on a baking show. As she prepares, she’s visited by Jen (Rhyn McLemore Saver), the daughter of Della’s best friend. The two haven’t seen each other in years and Della agrees to make a cake for Jen’s impending wedding. That changes when Della learns that Jen is marrying another woman — Macy (Parris Sarter).

The Cake posits a much-debated question: Does a merchant have the right to refuse service based on religious grounds? The Colorado case made it  to the U.S. Supreme Court, which ultimately sided with the baker citing religious freedom and artistic expression. Brunstetter smartly examines both sides. 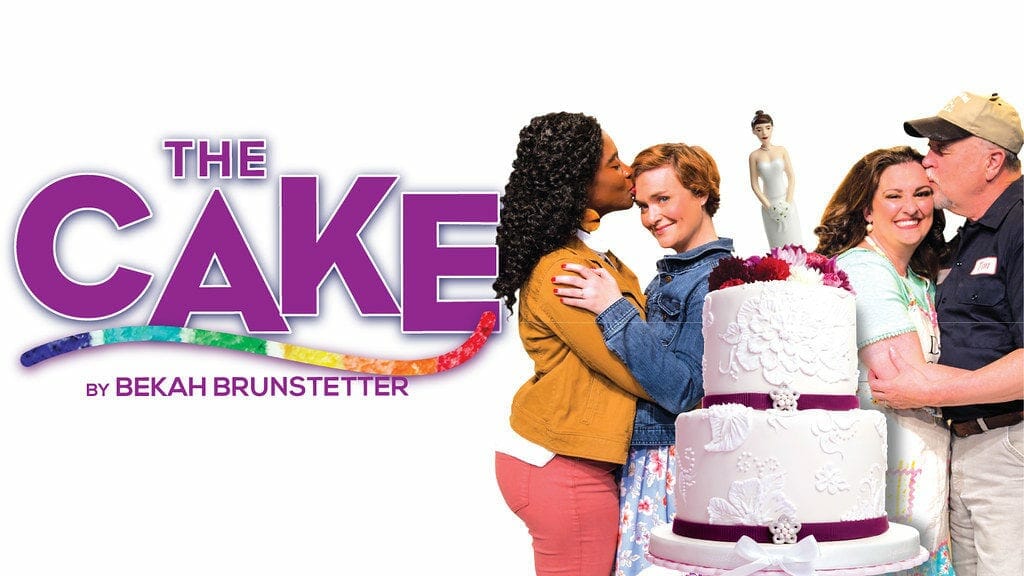 The niftiest element here is how Brunstetter gives depth to her four characters. Jen, for instance, feels shame in being who she is, while Macy — who is black, agnostic and a lesbian — is out and proud, although she can feel like she never fits in. Likewise, Jen feels protective of her Southern friends, while Macy can come across as dismissive.  Della and husband Tim (Allan Edwards), meanwhile, are having marital problems.

After gigs around the country the past three years, The Cake finally opened off-Broadway this spring in an uneven, often maddening production. Debra Jo Rupp played Della in a performance that made the lead character easy to root for. Macy, however, was played as hostile, condescending, vindictive and as an unexpected villain.

The drama’s major flaw is a late plot device that feels cruel and unnecessary. Brunstetter delicately balances things to give Della layers and prove she isn’t just a one-dimensional bigot. Her relationship with Jen is the crux of the show, and Della’s decision weighs heavily on her. But she’s ultimately punished personally and professionally, betraying the careful groundwork Brunstetter has laid.

Lauren Morris directs the Horizon production, which feels more authentic and real. A lot is going on with these four characters, and there’s as much conflict between Jen and Macy and Della and Tim as there is with the central dilemma. 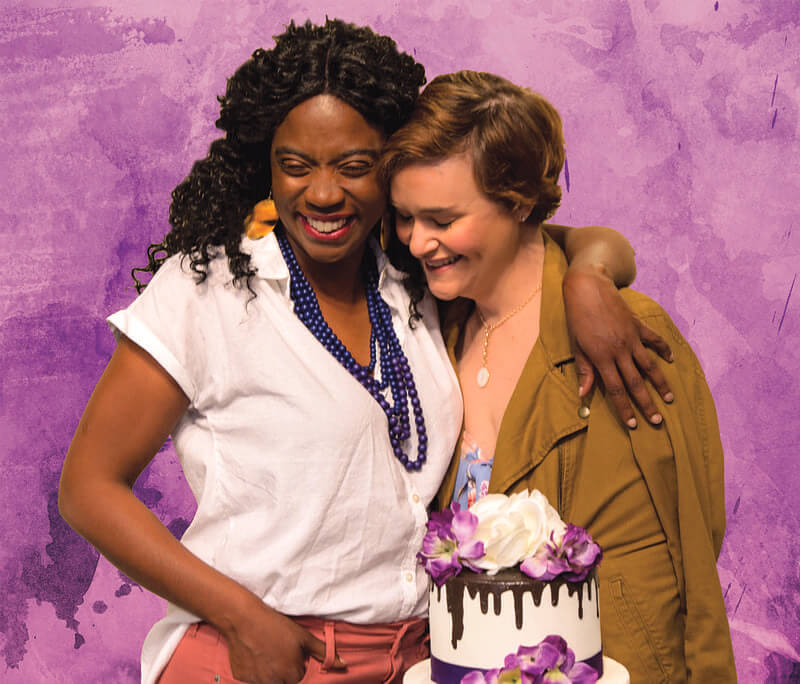 Despite the character’s biases, Edwards manages to make Tim sympathetic as he tries to support his wife amid their own setbacks. Saver plays Jen as a conflicted young woman trying to stand up for herself and not let the past weigh her down. It’s beautiful work.

Macy could come across harshly, especially for Southern audiences who know and have grown up with Dellas and Jims and Jens. In a tricky role, Sarter gets it just right. Her character may not understand the region and all that’s going on, but she does have the capacity for compassion and potentially to find common ground with those unlike her.

Millard, however, is the standout. She makes the most of her superb comedic timing and warm persona. She’s instantly likable but isn’t afraid to show the thornier, intolerant side of her Southern Baptist character. She’s alternately nurturing and maternal and blunt. Della has her beliefs and a chip on her shoulder. This clearly is one of Millard’s best performances to date.

The team of Moriah and Isabel Curley-Clay deliver another bang-up set. Della’s shop has cakes everywhere and self-help posters on the wall, while Jen and Macy sleep in a room with mounted fish and deer antlers. Those are the kinds of touches the New York production missed.

The Cake can be a little soft at times and have a few too many cutesy moments, but overall it’s timely and entertaining. Brunstetter may have a few questionable selections in her recipe, but ultimately her dessert is edible and bound to be a word-of-mouth success.