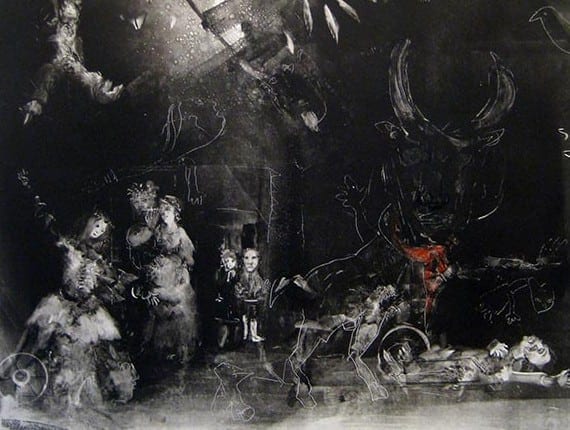 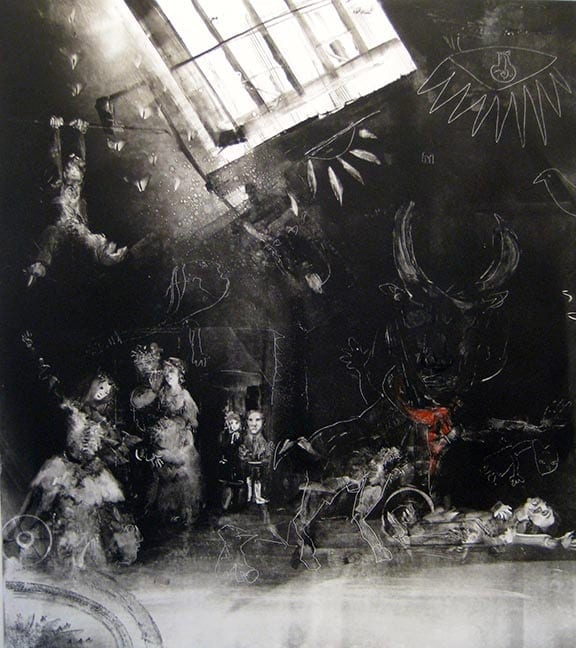 Randall LaGro, whose monoprints are on view at Alan Avery Art Company through May 9, has long been known for complex, dreamlike images in which intertwined faces and figures tug at the viewer’s memory of pictures seen in childhood.

The New Mexico artist’s recent works are no exception, evoking, variously, medieval knight-errantry, a profusion of flowers and a figure framed in a dramatic beam of light.

LaGro creates the vigorous gestural brushwork that serves as the background of his images by manipulating rags and a brayer (a roller) as much as brushes to remove parts of the layer of paint with which he begins.

The emotions these works evoke range from nostalgia to whimsy. At times cartoonish faces appear mischievously rendered in a corner of an otherwise serious rendering.

But most of the works maintain a hauntingly atmospheric tone. The Shepherdess is perhaps the most striking in this regard, as faces drift into view in an all-over pattern that invites extended study even as it defeats casual looking.

LaGro works in a wide variety of tones and strategies, but he is always in control of the visual paths down which his intuitions lead him. Working from his own unconscious, he stirs responsive echoes in the viewer’s.