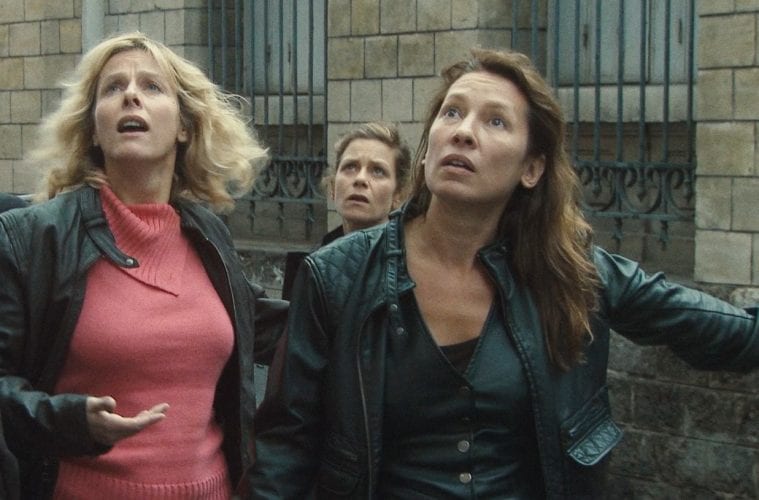 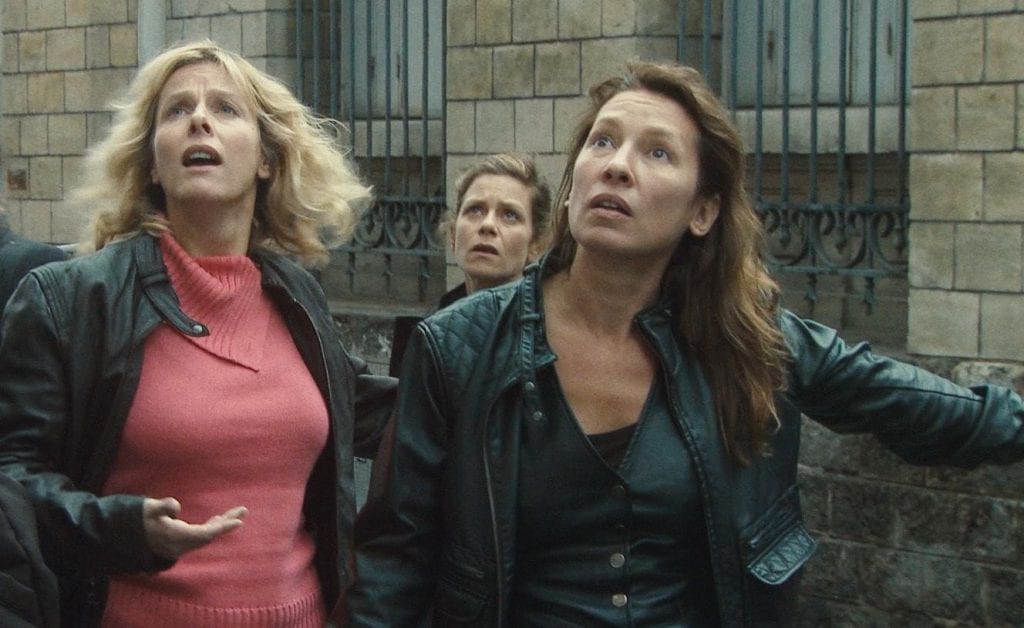 “Polisse” is based on actual cases from the Paris Child Protection Unit.

I’m showing my age by mentioning this, but there’s a scene in the French film “Polisse” that reminds me of Thomas Dolby’s music video for “She Blinded Me With Science.” Remember when the sexy nurse takes off her glasses? “Good heavens, Miss Sakamoto – you’re beautiful!” A similar bit happens in the movie, when a mousy photographer is urged to take off her specs and let down her hair by one of the cops she’s shadowing for a photojournalism project.

This coercion is viewed by the movie as very ooh-la-la, very sexy, very French. So is the affair between the characters that follows. It’s a stupid scene, though, and seems dated and beside the point. Then you realize — oh, of course! — that the lantern-jawed, Hilary Swank-like beauty who plays the photographer, Melissa, is Maïwenn, the movie’s director. (Cue the flattering close-up.)

By this point, though, you’ll have already spent an hour waiting for a central plot and lead characters to emerge. So you’ll be grateful for this whisper of focus. But hell, it pretty much falls apart again in a minute or two. What a shame. “Polisse,” the winner of the Prix du Jury from last year’s Cannes Film Festival, is unimpeachable when viewed from a distance. I mean, how can you criticize a movie based on actual cases from the Paris Child Protection Unit, especially as it hits U.S. screens during the Jerry Sandusky molestation trial?

Well, you can criticize it, because structurally it’s too shaggy, though minute by minute it’s also totally watchable. The actors deliver strong ensemble work as members of the CPU, even if it’s sometimes hard to figure out who’s who. Interesting actors and subplots come and go, including Louis-Do de Lencquesaing (from “Father of My Children” and the recent “Elles”) as a smug, politically well-connected fellow whose adolescent daughter gets her mother’s attention by saying that, um, Dad loves her too much.

There’s also good work from rapper-actor Joeystarr as Fred, the cop who gets the shutterbug to let her hair down. The most fascinating scene unfolds when a homeless woman brings her young son to the police station and leaves him there for the officers to place into a shelter. The child, understandably, freaks out at being abandoned. So Fred holds him, soothes him, kisses his cheek. And suddenly you realize the fine, blazingly subjective line that exists between an act of attempted comfort of a child and what could be interpreted as inappropriate behavior.

Here is where “Polisse” bumps up against potential greatness. But did the director (who co-wrote the script) recognize all the complications this scene contains? I don’t think so; nothing results from it. Instead, the movie continues to throw episodic scenes at us, then concludes with the violent death of one of its protagonists — a shocking moment mainly because we’re supposed to care about a character we never got to know well.

Probably I’m jaded. Film and television in the United States have been overrun for decades now by superlative dramas focused on law enforcement. For all its best intentions, “Polisse” by comparison can’t help but come off as a wannabe. It feels like a TV series that’s been boiled down, inexpertly, to feature length. Ah, but it’s set in Paris … and that fact alone, for some film lovers, can turn something so-so into a must-see.