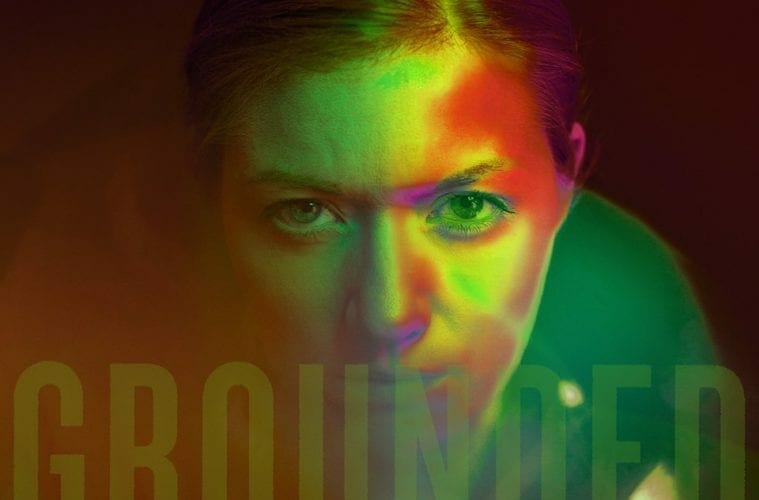 For FY 2019, the U.S. Defense Department requested $9.39 billion to fund more than 3,400 new drones. George Brant’s Grounded, staged by Atlanta Theatre Club (at 7 Stages through August 17), addresses the psychological impact that drone warfare can have on its pilots. The drama’s sole character is The Pilot (Courtney Moors), a strong woman with a filthy mouth. She prides herself on her ability to gun down enemies and drink with the boys, but her time as an ace fighter jet pilot crash-lands with an unplanned pregnancy.

Moors is a force, balancing uncouth and loud mannerisms with loving family life. As The Pilot slowly reveals the emotional toll of going to war each day and coming home to her family each night, Moors navigates the terrain with heartbreaking realism. 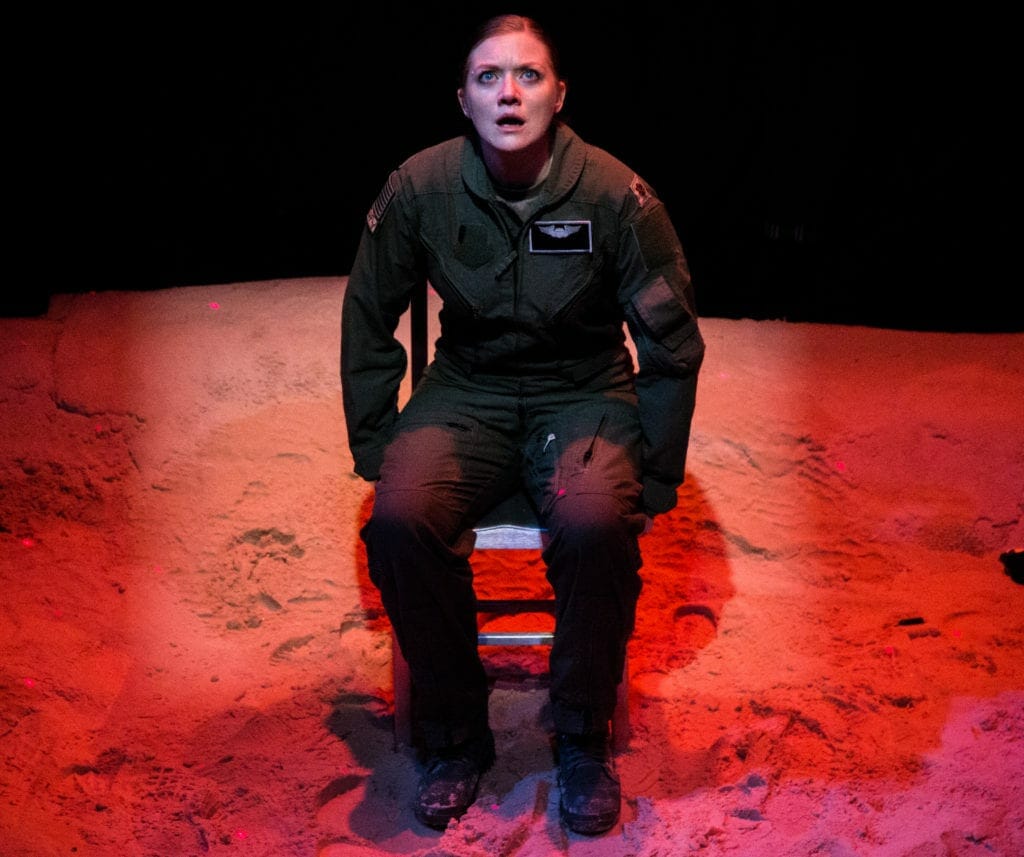 The Pilot (Courtney Moors) must negotiate who she is on duty and who she is at home. (Photo by Casey Gardner)

One-person shows can run the risk of losing their audience’s attention, and the 90-minute Grounded — which has no intermission — flirts with that possibility. Yet, Moors makes each monologue about the once-beloved blue sky and her present-day gray screen poetic. Her words breathe color and dimension into an otherwise dreary backdrop in a black-box space.

Grounded, which featured Anne Hathaway in a 2015 off-Broadway staging, breaks up the monologues with simulated dialogue between The Pilot and unseen scene partners. The Pilot, of course, speaks all the lines, but Moors uses expressive reactions and communicative body language that makes this easy to follow.

Director Rebeca Robles founded the female-driven theater company in spring 2018 and keeps us engaged by keeping Moors active. She establishes clear areas for home and work, with a careful pile of desert sand separating the two. As The Pilot journeys to and from duty each day, the sand clings to her boots and spreads. Eventually, it comes to represent the blurred lines between The Pilot’s work and home. 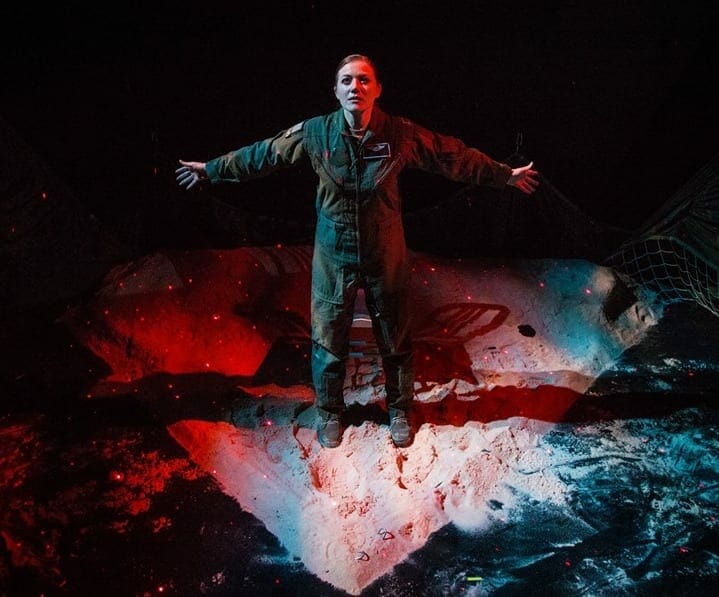 The Pilot (Courtney Moors) gives us a woman’s-eye view of military life. (Photo by Casey Gardner)

Grounded addresses post-traumatic stress disorder in the light of new technology. The Pilot once could fly into the blue and delight in the explosion of enemies behind her, but the drone’s gray camera puts her face-to-face with those she’s bombing. She questions the fairness of a fight in which she no longer risks her life, and struggles with the moral dilemma of who she is as a pilot versus a parent and spouse.

Grounded gives us a woman’s-eye view of the military. Moors, in true hero fashion, carries us through the highs and lows with constant energy. The drama may feel long at times, but her intimate, raw performance makes every minute count.