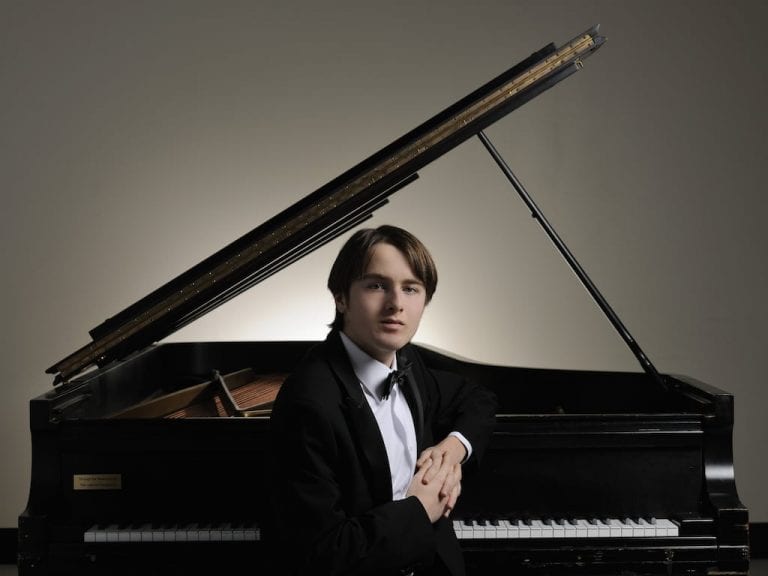 Daniil Trifonov, the 23-year-old Russian pianist lived up to his hype.

The Israeli-born Fisch became the principal conductor and artistic advisor of the West Australian Symphony Orchestra (WASO) last year, but American audiences might recognize his name from his seven-year post as principal guest conductor of the Seattle Opera, which he concluded by conducting the company’s Wagner Ring Cycle in summer of 2013.

Fisch and the orchestra opened with Liszt’s third symphonic poem, “Les préludes,” its programmatic thread based upon the poem of the same name by Alphonse de Lamartine. Completed in 1854, it’s a piece that enjoyed a great deal of popularity during the composer’s lifetime. The first ASO performance was in 1957 under the baton of guest conductor Arthur Fiedler, the most recent in 2006 with Roberto Minczuk at the helm.

In Thursday’s performance, Fisch drew a warm, well-rounded sound from the orchestra without mushiness, and together found what felt like a good pace for the piece. It was a good 17-minute opener for the orchestra that artistically bode well for its new year and was a good setup for the Rachmaninoff that followed.

Russian pianist Daniil Trifonov, who turns 24 years old in March, has been a kind of wunderkind phenomenon, especially after winning first prizes at both the Tchaikovsky and Rubinstein competitions in 2011. Not all acclaimed new artists live up to the surrounding media buzz, but Trifonov has done so and demonstrated his talent well in this concert.

Trifonov played physically close to the keyboard, face almost on top of the keys, almost as if he were intent on becoming a hunchback by age 40. But his performance of Rachmaninoff’s popular “Rhapsody on a Theme of Paganini” was no less than brilliant, an exciting kind of forward momentum with dynamic detail, incisive when needed but astonishingly expressive in the work’s most intimately lyrical moments.

There seemed good communication between Trifonov and Fisch, though a few looks and nods were slightly more emphatic than others. The musical interaction and balance between soloist and orchestra was good and the “Rhapsody” proved the highlight of the evening.

Trifonov returned to the stage to play one of his signature encores, Rachmaninoff’s piano arrangement of the “Gavotte” from J.S. Bach’s Partita No. 3 for solo violin. The performance was delightfully playful, much more so than the more austere, more careful recorded performance of Trifonov playing it at the Rubinstein International Piano Master Competition in 2011, which can be heard on YouTube. Thursday’s encore performance for the ASO audience felt much more personal and free, though no less detailed, by any means.

For the concert’s second half, the audience got another orchestral tone poem, “Ein heldenleben” (“A Hero’s Life”) by Richard Strauss. The ASO’s last performance — with music director Robert Spano conducting — was in 2006. Compared to Liszt’s “Les préludes,” it is arguably the more popular tone poem, one that seems to crop up incessantly in public radio broadcasts.

But this performance was a bit uneven in that the first two sections, “The Hero” and “The Hero’s Adversaries,” felt both muddled and anxious, pushing the front end of tempo, not allowing the music much of any breathing space. That particular problem ceased in the third section, “The Hero’s Companion,” which featured extensive passages for solo violin, representing the complex-personality of the companion, performed beautifully by concertmaster David Coucheron.

That section, perhaps due to Coucheron, allowed the work to become poised for a better-centered, breathable and less-rushed pacing for the remaining three sections. In addition to Coucheron’s wonderful featured solo, kudos are also due to associate principal horn Susan Welty for her horn solo passages. Overall, however, the performance of the Strauss did not generate the excitement of the Rachmaninoff.

The ASO will perform a truncated “First Friday” performance, absent the Liszt, at 6:30 p.m. tonight, and a repeat of Thursday’s full-length program on Saturday at 7:30 p.m., both at Symphony Hall.