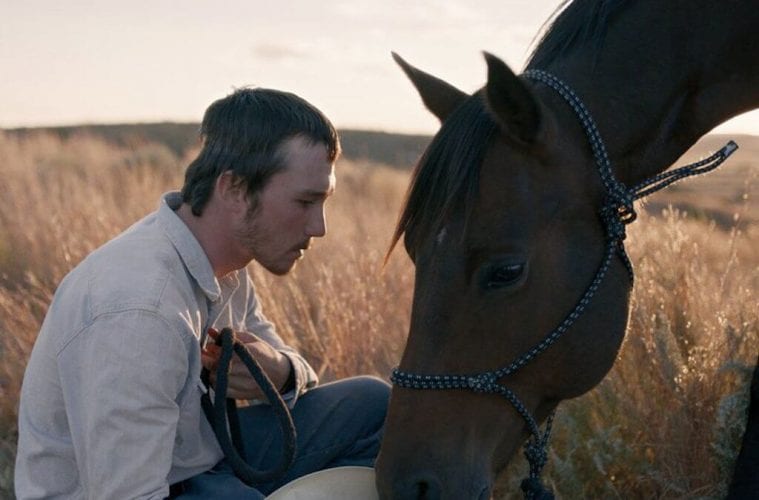 Going into a movie named Ghost Stories, you can guess that the supernatural debunker at its center, a bloke named Professor Goodman (cowriter and director Andy Nyman), is bound to have his nonbelief in the otherworldly totally shattered. What makes the film — based on Nyman and Jeremy Dyson’s hit West End play — memorable is the sneaky, unexpected way that happens. The big reveal is as much a shock to Goodman as it is to the viewer, though the clues are hiding in plain sight throughout the movie.

A devout skeptic, Goodman accepts a challenge from a mysterious ghostbuster he admires, Charles Cameron (Leonard Byrne), famous long ago for undermining some of Britain’s most famous “hauntings.” But now, Cameron gives Goodman three case files he believes are authentic, and challenges the younger man to prove them phony. 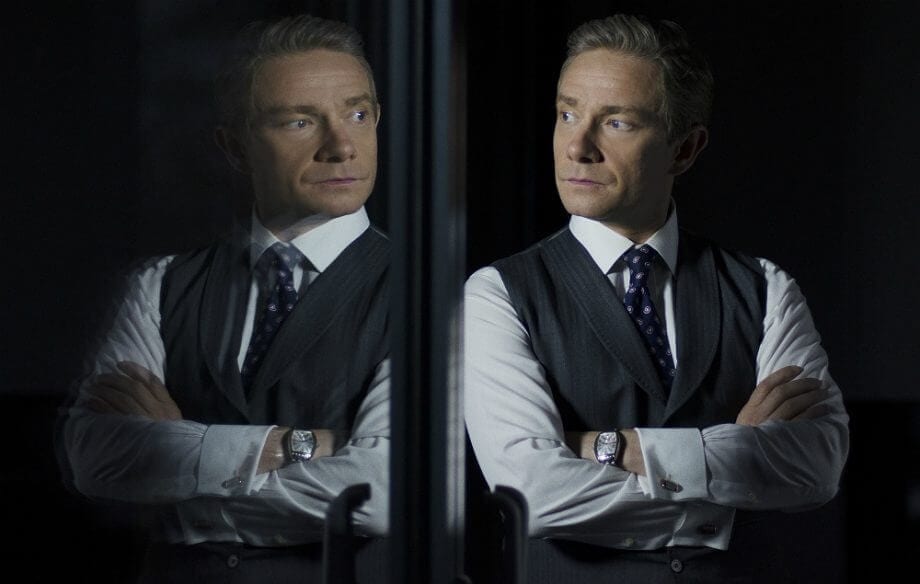 Where Ghost Stories goes a bit limp, oddly, is in these stories that Goodman investigates. The first is a run-of-the-mill, bump-in-the-dark yarn about a night watchman (Paul Whitehouse) at a former mental asylum, whose nerves are jangled from an encounter with the specter of a deformed creepy girl prowling its halls. (The scariest part of this segment is Whitehouse’s trigger-temper as Goodman tries to coerce him to recount his story.)

The second incident, less ghostly than demonic, centers on a panicky young man named Simon (Alex Lawther of Netflix’s The End of the F***ing World, going way over the top). Simon recalls an encounter while driving through dark woods at night with a goat-headed monster he accidentally strikes with his car.

The third story concerns a poltergeist in the nursery of a rich, smug, deeply unpleasant fellow named Priddle (Martin Freeman, enjoying a chance to play something other than his usual nice-guy roles). As with the other cases, this is only modestly scary. It’s really just the setup for the great unraveling that shows Goodman that everything he believes about his life and his work is an illusion. It’s a nifty reveal, a dramatic and visual sleight-of-hand that works in the moment but may leave you feeling a bit cheated once the credits roll.

A parable about having to get back in the saddle in the most literal sense, The Rider (opening May 11) begins as something I felt I would only manage to tolerate for 10 or 20 minutes. Then, unexpectedly, it transformed into one of the more moving things I’ve seen in a while. Don’t get me wrong. Parts of it feel like a slog. But if you stick with it, you won’t be sorry.

Audacious in its simplicity but also in the risks it takes, writer-director Chloé Zhao’s Americana tone poem is a close-to-the-(biographical)-bone tale of a young 20-something South Dakota kid, Brady (Brady Jandreau). He’s been riding horses since age three, and keeping his seat on bucking broncos at the rodeo in most of the years since then.

Living on the Pine Ridge Indian Reservation with his widowed dad Wayne and autistic teenage sister Lilly (played by real-life dad and sis, Tim and Lilly Jandreau), Brady’s recovering from a near-fatal rodeo accident. There’s a steel plate in his head, denoted by a line of medical staples, like a huge zipper, curving around the shaved right rear of his skull.

That’s real. Director Zhao first met Jandreau on the reservation in 2015 when he was 20 and she was shooting her film Songs My Brothers Taught Me. She became fascinated by the young man and his fellow Native American cowboys. The next year, while competing in the saddle bronc competition at a Fargo rodeo, Jandreau was thrown from his horse, which nearly crushed his head and sent him into a coma for several days. The fictional and real-life Brady face the same dilemma: What do you do when the things you’re best at — riding and taming horses — can kill you if you don’t stop?

The stakes are clarified when we meet Brady’s best rodeo pal, Lane Scott (playing himself). Handsome and cocky in old video footage, the Lane we meet at a rehab facility is semi-paralyzed, wracked with constant spasms, and able to communicate only through sign language. (This plot point entails a bit of dramatic misdirection; in reality, Scott’s injuries resulted from a car accident, but The Rider implies the cause was a major mishap in the ring.)

Seeing Brady’s loving patience is sweet to watch as he banters with Lane and helps him stay upright on a mounted saddle in the clinic. But what makes The Rider worth the price of admission is two outdoor sequences.

In each, Brady enters a corral with an untamed, rearing horse, furiously resistant to human touch, much less inclined to bear a saddle or human. With the first of these scenes, we watch Brady gentle the steed, slowly, patiently, into submission. By the end, the young man is straddling its back. The other horse he virtually terrorizes, yelling and swatting at it, until it, too, submits. It’s amazing to witness Jandreau’s intuitive physical and emotional connection with these animals. You understand the sacrifice he’s facing — onscreen and in life.

None of the Jandreaus are professional actors, and that’s distracting at first. Stoic and guarded, Brady mumbles a lot; it’s easy to lose some of his minimal dialogue. Sister Lilly, meanwhile, is so original and unpredictable — she constantly improvises lyrics and launches into happy songs — that she almost imbalances any scene she’s in. But the movie’s slow rhythms and the authentic, if sometimes stiff, performances sneak up on you.

Director Zhao follows Brady along a kind of stations of the cross as prosaic as it is heartbreaking. His buddies rib him about being too scared to ride again; he faces the boredom of stocking shelves at the Dakotamart; has to watch a beloved horse get sold so his dad can pay rent; and he copes with unrelenting symptoms of his concussion. The Rider is slow going in spots, but it will surprise you with moments of great, simple beauty. Climb onboard, and you’re not likely to forget it.

The Rider. Opening April 11. With Brady, Tim and Lilly Jandreau. Written and directed by Chloé Zhao. Rated R. 104 minutes. At the Tara.