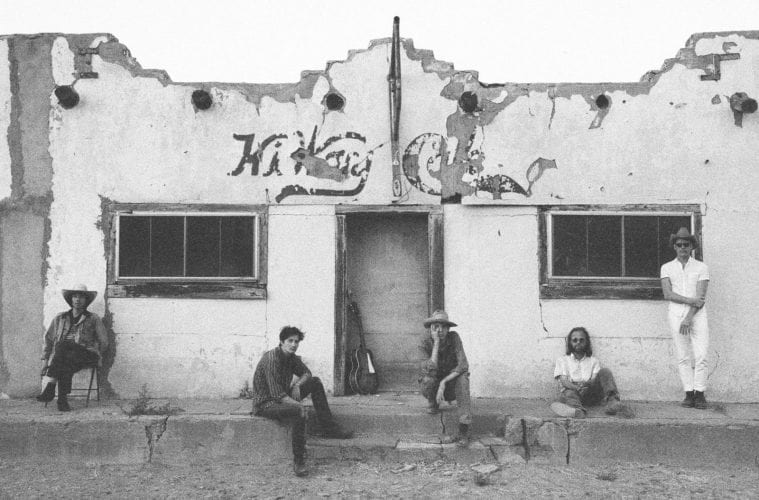 Deerhunter’s latest album, Why Hasn’t Everything Already Disappeared?, opens as a poignant love letter to death and carries on to explore nostalgia and memory through ambient synth and euphoric harpsichord. Recorded in Marfa, Texas, the album infuses bleak tumbleweed landscapes into the experimental — and often surrealist — soundscapes, revolutionizing the band’s approach to recording.

Songs such as “Death in Midsummer” make use of biblical symbolism to confront fear and temporality in today’s sociopolitical climate with lyrics such as, “May God’s will be done in these poisoned hills/And let the devil be cast out on his tail.” The theme continues in “No One’s Sleeping,” when frontman Bradford Cox sings, “In the country there’s much duress/Violence has taken hold/Follow me the golden void.”

Lyrically, the record aptly reflects the external desert environment in which it was recorded: pensive meditations on life and people who possess mirage-like qualities, vanishing just as focus is found. What remains is introspection, confronting the depth of a world in which everything fades with time.

Death is a ringing bell in the latest album — though birth is too, playfully dancing throughout the record’s harpsichord undertones. This seesawing motif is apparent in tracks such as “What Happens to People?” when Cox sings, “They’re only returning/The powers of youth,” deftly balancing a cheery horizon of melodies with sweeping lyrics that interrogate the darkest realities of life as fading.

At its heart, Deerhunter’s latest manifestation elegantly explores human purpose and existence in the face of inevitable dissolve — examined through an arid lens chock-full of experimental instruments, dazzling colors and brooding lyrics in contrast to joyful melodies with the bittersweet briefness of life.