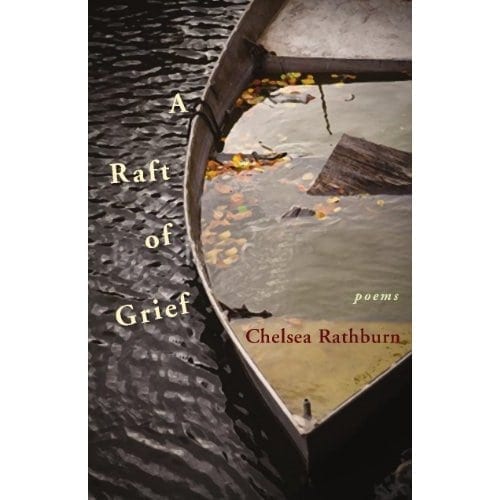 Review: Chelsea Rathburn’s poetry in “A Raft of Grief” examines nuances of love and loss 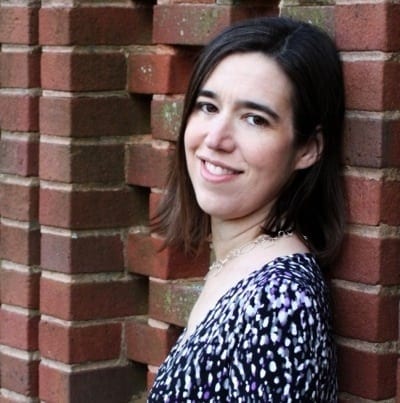 Chelsea Rathburn’s second book of poems, A Raft of Grief (Autumn House Press, 88 pages), bristles with rage, sorrow, poignancy and wit. The poems, written in both formal and free verse, are obsessed with different forms of travel: literal travel abroad, time travel through memory and dreams, and emotional travel necessitated by the poet’s evolving relationships. The book itself takes the form of a journey, from a dysfunctional marriage and divorce, through retrospection and relentless self-questioning, to new love and joyful remarriage.

The title poem, which begins the book, takes as its central conceit a play on the word “raft.” Here, a “raft” refers both to a large amount of grief and also to a vessel that could float that grief and bear it away from the couple that has endured it.

“If only there were a boat,” Rathburn writes, “low and long and loaded / with all we’d bought or built.” She imagines that the couple could “push it off together / then wade to opposite banks / . . . buoyant, watching it go.”

The book’s first section, “departures,” chronicles the dissolution of a marriage in poems both painfully direct and restrained. For example, “How to Cope” offers a grim litany of advice for the partner of an alcoholic, ending with “Do not wash the vomit off the steering wheel. You have to draw the line somewhere.”

In “Fire Ants,” Rathburn remembers when she stepped on an anthill and suffered painful bites. “I must have liked the pain,” she writes. “What else would make me prod again, again?” Though ostensibly a poem about an incident from childhood, “Fire Ants” subtly alludes to the pain of her marriage, which she likewise prods again and again.

This poem, in loose iambic pentameter and rhyming couplets, also illustrates Rathburn’s considerable formal skill, as do several others in this section. “English Sonnet,” composed in the Shakespearean (i.e., English) sonnet form, is a reminiscence about the couple’s time in London. It’s the only poem I’ve ever read that ends with a joke, a rhyming couplet and a devastating appraisal of a relationship: “What’s big and red / and sits in the corner? A naughty bus. / Not funny, I know. But neither’s the story of us.” And in another sonnet, “After Filing for Divorce,” Rathburn likens the filing of divorce papers to “the morning after / a party, the shaken survey of damage, / a waste of bottles where there was laughter.”

The second section of the book, called “in transit,” consists of a series of eclogues, imaginary conversations between the poet and her ex-husband about their trips abroad. The dialogue form allows Rathburn to portray the back-and-forth of two different 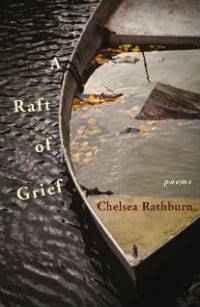 voices, their disagreements and misunderstandings. Many of these poems are more loosely constructed than those in the first section, often with irregular stanzas and line lengths.

Time and again, the romance of the European cities the couple visited is shattered by disillusionment and harsh pronouncements on both sides. Remembering her husband vomiting in Munich, the poet writes, “sometimes I think I’ll never be done wanting / to make you suffer” (“Eclogue With a Line From a Postcard”). About the poet’s regret that they didn’t honeymoon in Tuscany, the ex-husband declares, “if we’d gone to Tuscany, / you’d have something else to hate. / Happiness makes you nervous” (“Eclogue With Random Regret”).

The delights of falling in love with someone new dominate the third section, “arrivals.” In the poem “Acquisitions,” though the poet and her lover try to learn Polish together, they have more success with “what we can practice / and get right, returning to the breath, / the body, the beautiful, knowable bed.” But even as the poet celebrates her beloved, “the man / she believes she was born to love, that her body / was built for” (“Bad-Marriage Bop”), the suffering of her first marriage hovers over her newfound happiness. While sleeping with her lover, she dreams that she must live with her ex-husband again, though they have been divorced for two years.

Mortality also haunts this final section of the book, in poems such as “Counterparts,” “Small Deaths,” “The Rescue” and “The Mother of Beauty, Etc.,” in which the lovers, on a hike, stop to steal a kiss and discover the bleached bones of a deer. Though the poet has been given a second chance at love, she constantly sees reminders of the ephemeral nature of happiness as well as of existence itself.

But in the book’s tender final poem, “Surface Tension,” the now-married couple sails a miniature boat in a park fountain, which they imagine swells “sea-wide.” From the raft of the first poem, the book has traveled to “that blue craft we’ve named ours”; from the grief of the first marriage, the book has moved to gratitude “for the breeze that we can’t feel / that sends” that small boat “sailing home.”