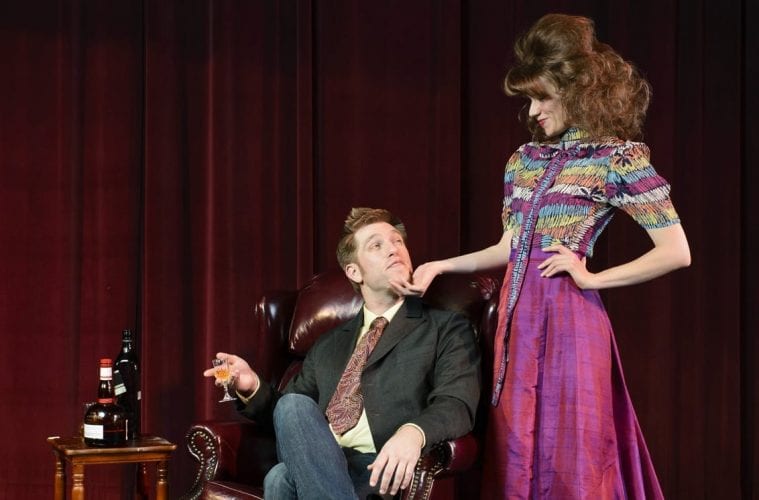 Review: The classic “Charley’s Aunt” is dated but retains its cross-dressing comic chops 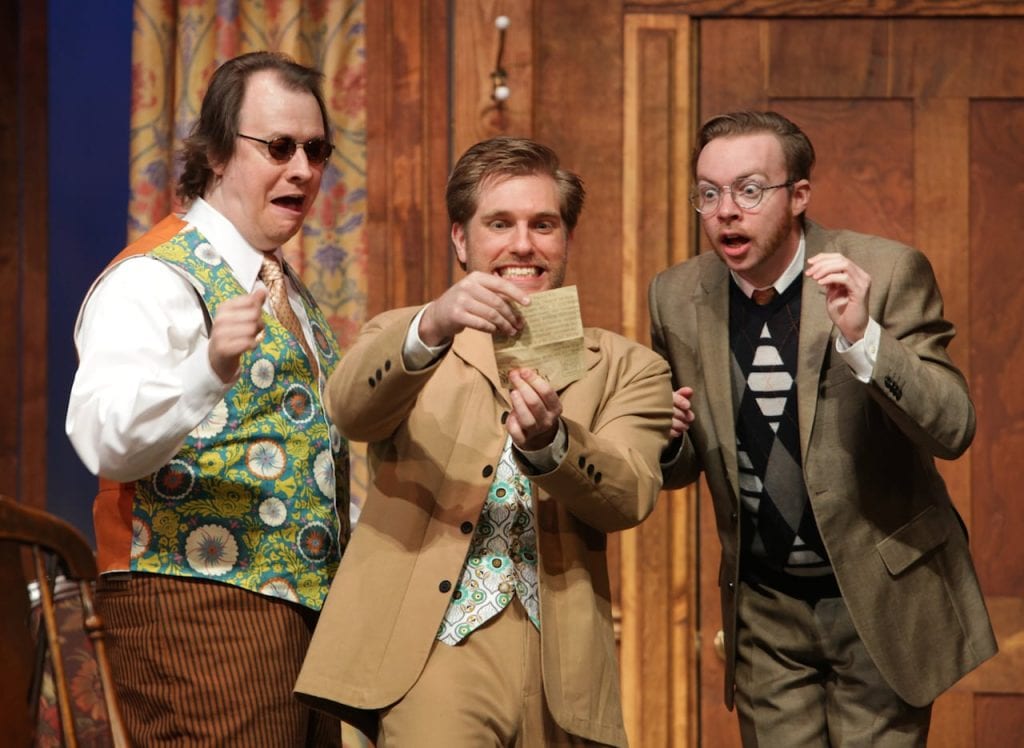 Charley’s Aunt is more than 120 years old, and it’s fair to say that the old girl is starting to show her age. The farce, originally written as part of the social festivities for an annual hunt in provincial England in 1892, eventually found its way to the London stage where it was a huge hit, followed by a ceaseless stream of revivals, musical adaptations, films, student productions and so on up until the present day.

The play was the first to lay out the framework for the cross-dressing farce, which has since become a surprisingly durable comic genre. The setup is usually this: Through a ludicrously convoluted set of circumstances, a masculine, heterosexual male is forced to disguise himself as a woman.

It’s a premise taken up by some of the most popular comedies of the 20th century, everything from Some Like It Hot to Tootsie and a billion others in between plus countless spins and variations on the theme (I believe there were about 400,000 of these in the 1980s alone).

What’s most surprising in watching a recent production of Charley’s Aunt, running at Georgia Ensemble Theatre through January 24, my first time seeing the classic show, is to learn that all of these works don’t just share a comic premise, but they also share comic situations, and in many cases the very same jokes. The disguised male always delights in the sudden new intimacy he finds with attractive women; he must deflect the unwanted attention of a male suitor; the ruse is nearly up when he momentarily can’t resist behaving in an unfeminine or aggressive way; and so on.

This is a too-long way of saying that, though the moving parts may creak with age now, there is something undeniably durable and functional about the machine itself. It works, and if you’ve ever found the jokes funny elsewhere, you’ll find them funny here because they’re so nicely carried out by the cast and especially by actor Hugh Adams, who plays Babbs, the central character who dons the disguise of a matronly old aunt.

When I say the thing creaks a bit, I don’t lie. The play is three long acts, and it takes forever for Babbs to don a dress. Contemporary audiences are willing to accept in about 10 minutes that a male character in a farce needs to put on a frock; late Victorians, I suppose, needed a bit more time.

Characters turn to the audience and speak in a leadenly antiquated way (“Blast it! I wish they’d leave!” that sort of thing). In the mid 20th century, there were several popular musical adaptations, and presumably they helped eliminate some of these problems: All the same jokes, a swifter script plus some songs would make for a real humdinger.

Director David Crowe does liven things up a bit with a soundtrack of 60s-era British pop and lots of physical humor, though the goings-on can sometimes become too Looney Tunes, which is a very different and occasionally discordant brand of humor from the sort in Charley’s Aunt.

The three lead male characters are meant to be Oxford students. Adams, who plays Babbs, is an accomplished veteran actor with remarkable comic gifts. But as with any actor over the age of, say, 28, he makes a distractingly unconvincing university student.

That problem disappears when he disguises himself as an old woman, but another emerges. Adams has Babbs use a rich, bosomy contralto — deeper, it seems, than Babbs’ own male voice — to speak as Charley’s aunt. It’s an amusing twist at times, but it seems an inexplicably and puzzlingly risky gambit for someone who could potentially be discovered as male, when the tendency — and the more durable comic trope — would of course be for the disguised man to speak at a higher pitch.

Still, Charley’s Aunt has its undeniably charming and funny moments. Though the central gag involves cross-dressing, you can nonetheless safely bring your aunt, your uncle, your niece, your grandma and so on. No one will take offense, and everyone will find something amusing. This was plainly evidenced by a delighted audience when I saw the production last weekend. Like it or not, the old girl will be with us for at least another 120 years.