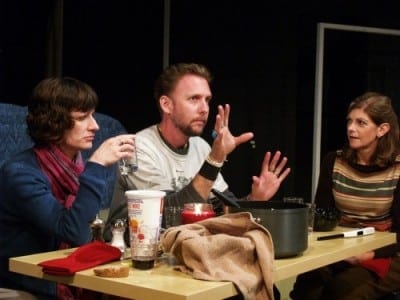 If you went to college in the past 20 years, Body Awareness Week was probably the type of event you remember avoiding. There was the hand-painted banner in the student union, the fliers inviting you to “engage in dialogue around the issue,” the guest speakers, the round tables, the diversity panels, the dance performance, the odd art exhibit and, at the center of it all, the organizer: a beleaguered, rumpled, well-intentioned, notecard-clutching psych professor. 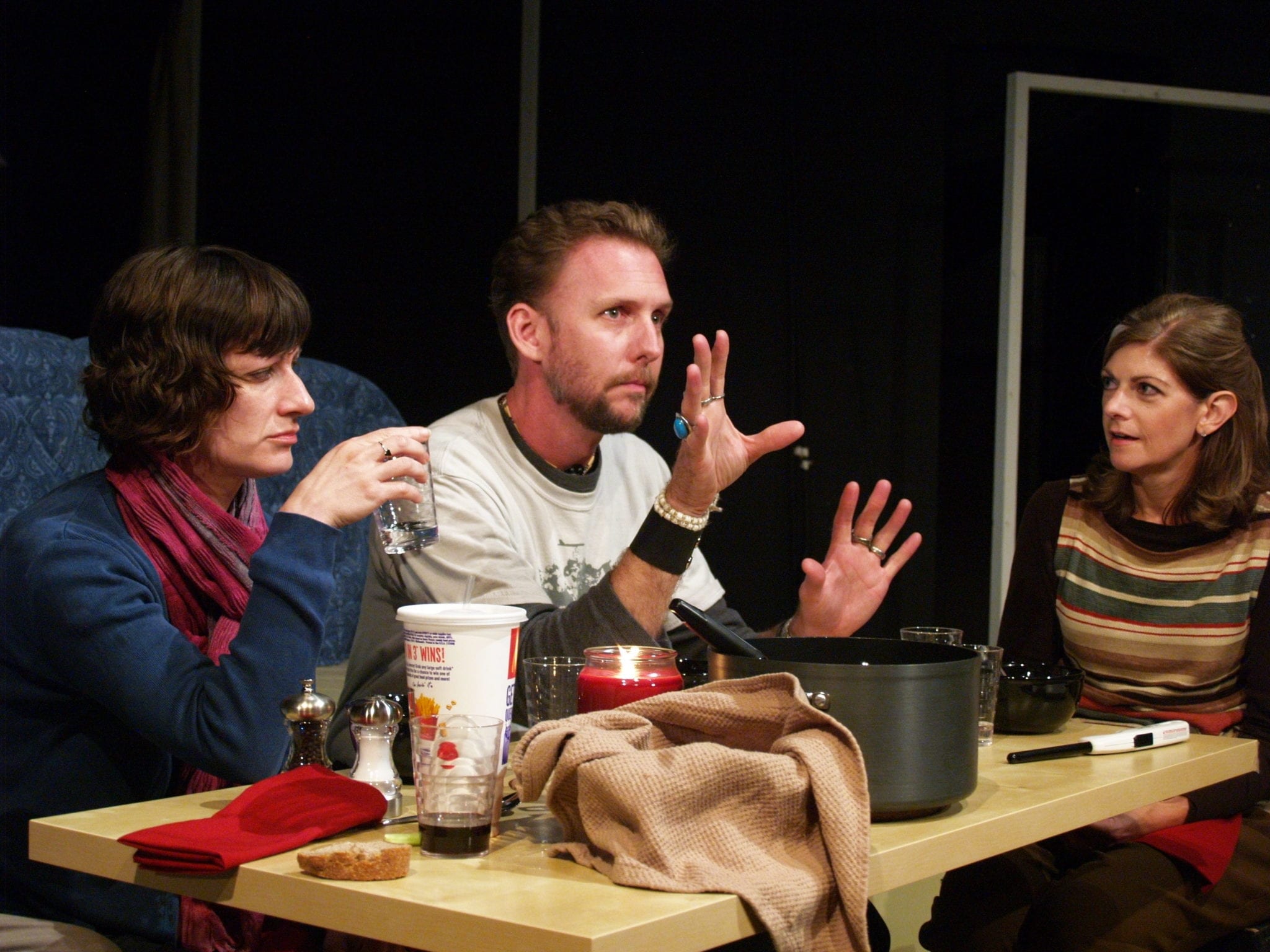 Written by Annie Baker, a young playwright with a clutch of awards to her credit, “Body Awareness” is basically a domestic comedy-drama about said psychology professor’s home life while the event she has created for her small state college in Vermont collapses around her. “Body Awareness Week isn’t turning out like I thought it would,” she sobs at one point, and that’s just on Wednesday.

The play opens with a speech welcoming us to the week of planned activities. Right away we see our professor’s earnestness, awkwardness, anxieties and desire to share her deep-rooted concerns about women’s subjugation, and the garbled, ineffective academic-speak she uses to describe it. Daryl Lisa Fazio as Phyllis brings humanity and humor to the role. The funny and likable narrative device of punctuating the central drama with Phyllis’ speeches — one humiliating disaster for each day of the week — is effective primarily because of her facility for gentle satire and comic detail.

During the week, Phyllis’ home life reaches what she herself might call “a time of emotional crisis.” She’s housing one of the guest artists for Body Awareness Week, a moderately sleazy, slightly dim, swaggering photographer (Jayson Smith) who encourages women to pose in the nude for him as a self-liberating act. Phyllis loathes him, but her partner, Joyce (Kathleen Wattis), is charmed and curious: she contemplates becoming the subject of one of his pictures. Phyllis and Joyce have also lately begun to suspect that Joyce’s son Jared (Barrett Doyle) has Asperger’s Syndrome; he responds to the diagnosis by lashing out, parading his odd behavior and giving voice to his lack of empathy — basically acting as if he has Asperger’s.

Overall, “Body Awareness” is a smart and funny examination of a weird and challenging domestic moment. Its hour-and-a-half running time clips along at a pleasant trot, and there are many genuinely funny moments. But it’s hard to buy into the central conceit: that a smart woman like Phyllis would object straightaway and so vehemently to an artist’s work. (It also seems hard to swallow as a plot point that he’s been invited into their home with the family knowing so little about him). The issues of the female body, the “male gaze” and so on, which are meant to be at the play’s center, never really come into focus as the subject of the drama; they feel tacked on.

The characters bicker, but the fights never develop real teeth and claws, and it all ends as easy, cozy quirkiness. The non-empathetic Jared actually becomes the most sympathetic character: in Doyle’s deliciously deadpan depiction of that weird fog of adolescent anger and self-loathing, we see the pain of Jared’s stigmatization, of his being conscious that he may lack the one thing that binds the rest of an imbecilic, illogical humanity together. His journey from shame and rebellion to a sort of blithe acceptance and gallows humor about his disturbed condition becomes the play’s most interesting narrative.

The troubles lie not at all with the cast, but with the script. Political correctness had its heyday 15 years ago, so the moment for a timely satire about it may have passed. And the attention and knee-jerk reaction that PC culture received in its day seems now, in hindsight, rather harsher than the issue merited. There are some genuinely very funny moments in “Body Awareness,” thanks to a smart and capable cast, but the material is simultaneously too spiky and too gushy to either hit — or cuddle up with — its target.