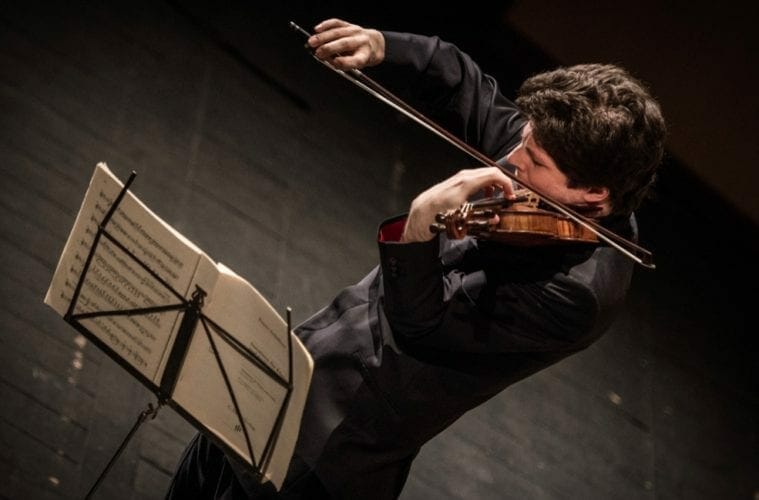 Grammy Award-winning violinist Augustin Hadelich joined the Atlanta Symphony Orchestra for the first time since 2018, in a program that combined two familiar pieces with an enchanting composition from an unfairly marginalized composer who is finally beginning to draw some much-deserved attention. The program premiered online Thursday and was conducted by Atlanta Youth Symphony Orchestra music director Jerry Hou.

The concert began with the overture to Mozart’s Le Nozze di Figaro. Period performance aficionados may have found Hou’s account a trifle measured. On the other hand, some interpreters have taken the overture’s presto quaver patterns at such a rapid clip that articulation suffers. Hou and his players zipped along as merrily as can be and dispatched all the rapid passagework with formidable precision.

Hadelich then made his appearance in a remarkable traversal of the Violin Concerto in A Major by Joseph Boulogne, Chevalier de Saint-Georges. Though passionately celebrated in his own time (and dubbed “the Black Mozart”) Boulogne is sadly all but forgotten today. President John Adams called him “the most accomplished man in Europe,” and that wasn’t empty hyperbole.

Born in 1745, Boulogne was the son of a minor nobleman by his wife’s African slave. He distinguished himself athletically with a reputation as one of the finest fencers on the continent and was later a revered colonel in the revolution. His artistic accomplishments were legendary. An extraordinary violinist and prolific composer, Boulogne’s unusual musical gifts and handsome appearance made him the toast of Parisian society, though due to his African descent his music became unjustly suppressed since his death. 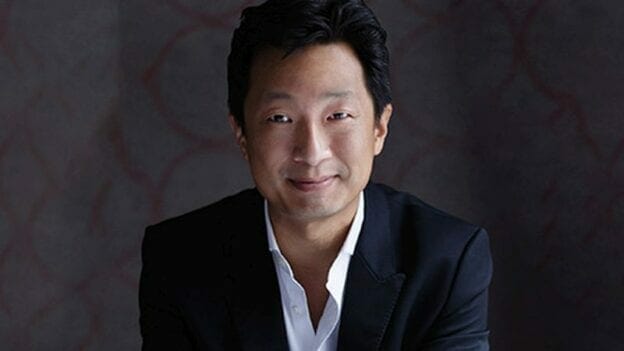 Hadelich has spoken about how surviving a life-threatening accident has made him fully appreciate every opportunity to make music — a philosophy that was everywhere apparent in his dazzling performance. Boulogne tailored the concerto to his own abilities. Thus, the solo violin line is almost impossibly virtuosic. Hadelich tore through the dizzying arpeggios of the Allegro Moderato with remarkable pyrotechnical flair. The oscillating tremolo in the Largo was gorgeous, while the final Rondo brought forth a vibrant and virile display of jaw-dropping dexterity. It is difficult to imagine a more effective ambassador for Boulogne’s welcome re-evaluation than Hadelich.

The evening concluded with Mendelssohn’s Symphony No. 4 in A Major, the “Italian Symphony.” If it were possible to travel back in time, one might be tempted to visit to Felix Mendelssohn and tell him to chill out with all his self-criticism — as was the case with his first piano concerto (performed in the ASO’s May 13 concert) Mendelssohn wasn’t too keen on the symphony. His ambivalence was so pronounced that after conducting the premiere in 1833, he didn’t even send it to his publisher. Several revisions discovered upon the work’s posthumous publication confirm that he got it right the first time, and the piece remains one of the most popular he ever wrote. Many listeners will recognize its themes in the intro music to the ASO’s Behind the Curtain series.

The orchestra’s joyous traversal was like re-encountering a beloved old friend. Those of a certain age will forever associate the symphony with the bicycle races in the coming-of-age film Breaking Away. The opening Allegro Vivace immediately engendered happy memories as the strings, horns and dancing woodwinds achieved a fleet, perfect balance. There was some particularly sensitive work in the second movement (inspired by a religious procession Mendelssohn had witnessed in his youthful sojourn to Italy) as the players floated gracefully above the plucked basses. The saltarello and tarantella rhythms of the final Presto were delightfully captured by the woodwinds which initiate the movement and later by the brass and the visceral timpani. It proved difficult to remain still on the sofa.

The concert was attractively captured by the production team, especially in the subtle shifts of lighting from mellow blues to sunny golds that deftly complemented the mood of various movements. Sound quality was excellent. For some listeners, this event’s clever juxtaposition of the thrice-familiar with the chance to discover some beautiful music that has been too long obscured just might have made for one of the Atlanta Symphony Orchestra’s most enjoyable streamed offerings to date.