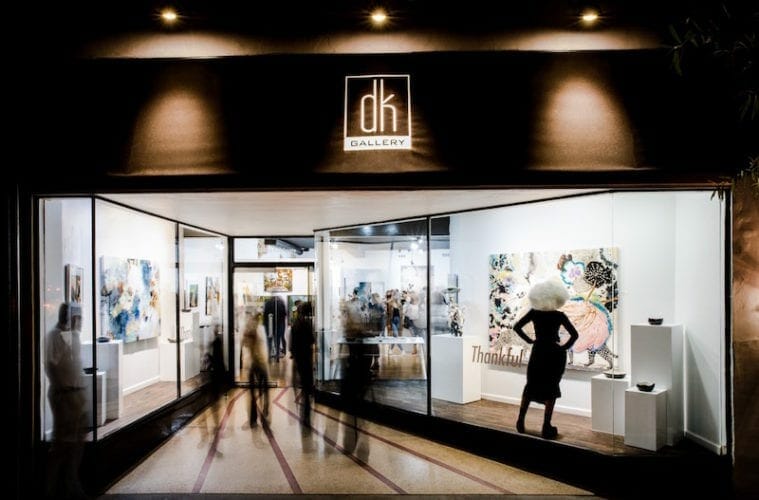 dk Gallery has a street-level storefront on the Marietta Square and two lower floors. Owner Donna Krueger opened the space 13 years ago. Today it represents more than 40 artists.

“It’s not just about selling art, it’s about touching lives,” says Donna Krueger, who owns dk Gallery in downtown Marietta. She and husband Kerry (aka “the minister of backroom logistics”) opened the 2,000-square-foot space 13 years ago. It dates to the 1800s and has been a photography studio and an antique story in two of its many lives. The “dk” in its name comes from Donna Krueger’s initials. 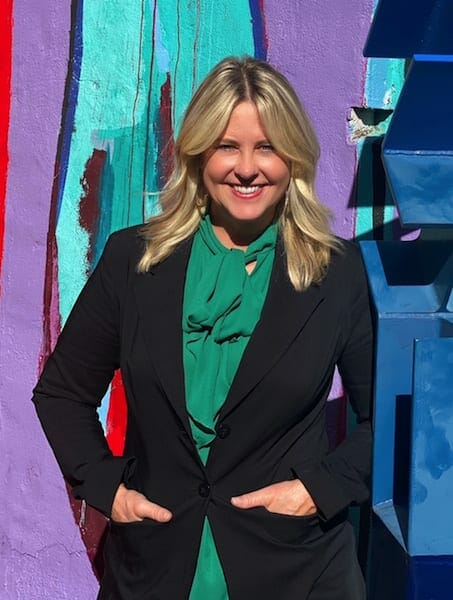 The artwork inside changes according to the gallery’s monthly themed show.  Can you say Onion? The multilayered (get it?) 2019 show included writings, markings and structures by South Carolina artist Shellie Lewis Crisp. Previous themes also have included A Thousand Words in 2017 (artwork based on the artists’ own poetry) and 5th Anniversary in 2013 (in which five floral and five culinary artists each chose a piece for the show featuring flowers or food.

Stop by — no appointment necessary – to see Alabama painter Catie Radney’s show The Space in Between through May 30. Boyz of dk Gallery, featuring work by six men that plays on the “manly” camaraderie of activities such as hunting. A show titled Commencement, planned for August 6–28, will introduce four artists.

Radney, one of the first artists dk Gallery signed, has been in more than 100 of its shows, but this is her first solo exhibit in the space. Her figurative and portrait work displays a love of doodles, paints and drawing. She tries to represent the “space”  between her mind and her thoughts on her canvases. A “journal room,” one of three spaces that show her process, holds materials like old prom dresses, pom-poms, paint tubes, jar jugs, Barbie dolls and mannequins. To can also see the show via an online “art walk.”

THE PARTICULARS: 25 West Park Square (across from the fountain and gazebo) in downtown Marietta. 770.427.5377. No appointment necessary. In accordance with new CDC guidelines, face masks are not required. Open 11 a.m.–5 p.m. Tuesday-Wednesday, 11 a.m.–8 p.m. Thursday-Saturday and 1–5 p.m. Sunday. Follow dk Gallery on Instagram and Facebook. 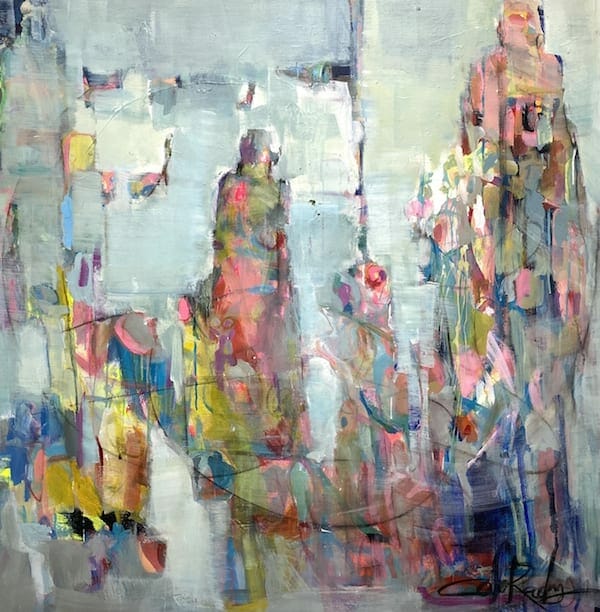 THE LOOK: Enter dk Gallery at street level. Two lower levels hold work from artists who aren’t in that month’s exhibit but is still viewable. None of it goes into a closet. Krueger, 58, calls it a “speakeasy kind of space.”

FOCUS: “Seeing” the story behind the story and art that goes beyond what’s seen on the surface. It’s the space between your head and your heart,” says Krueger, 58, referencing Radney’s Space in Between show. Our “art touches people, it’s emotive. The specialness elicits a response. It’s very much about beauty and joy.” The gallery represents more than 40 artists.

THE KRUEGER FILE: She grew up near Chicago in family that, while not wealthy, appreciated artists and their work. Her background is in advertising and branding, and she’s lived in Georgia for more than 30 years. Once her children were grown and gone, she was struck by the what-am-I-gonna-do-with-my-life-now question. A friend who has a gallery in Blue Ridge, told her she’s be great at it. 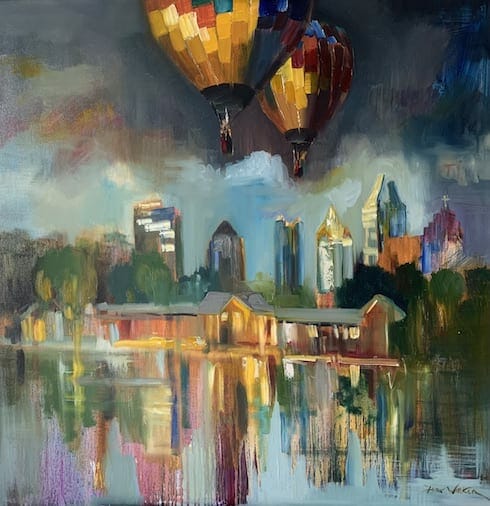 “Hot Air Ballooning Over Piedmont Park” by Dirk Walkere will be part of the “Boyz of dk Gallery” exhibit opening. The oil on canvas is 36 x 36 inches.

MOST MEMORABLE: A gentleman in his late 70s stopped in not long after dk Gallery opened in 2008. His wife had passed away and he shared the joy he felt from the art. “He would cry at some of the art,” Krueger says. “He even wrote me notes on a couple of occasions in appreciation of what we do. He said he’d never buy art because he wanted to leave his home as his wife had left it. Five or six years later, he looked at a painting and said, ‘I want to buy that.”

LAST WORD: “I think my job as a gallery owner is not just to sell the art,” Krueger says. “The art chooses who it’s going to live with forever. That’s probably one of my greatest joys, seeing people’s lives changed by art. The artists’ lives change, their body of work grows and the caliber of what they’re doing grows. It’s a full circle, and it’s a joy to be in every bit of it.”