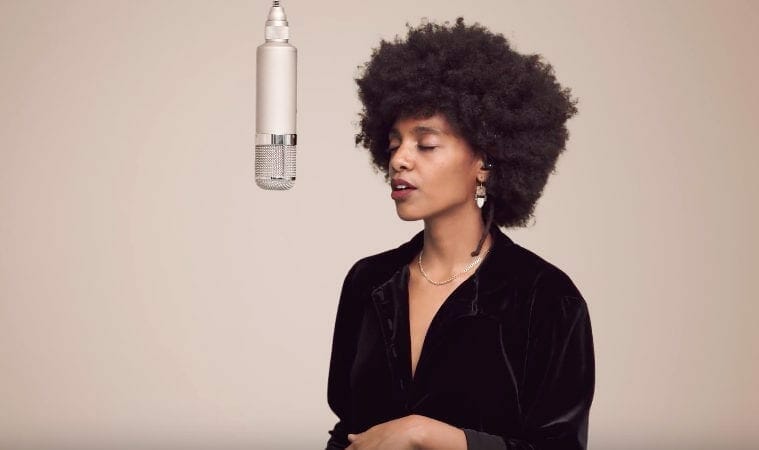 Growing up, the family of singer-songwriter-producer Marian Mereba moved around a lot, from Alabama and North Carolina to Pittsburgh and Atlanta. She also spent a formative year in Ethiopia, her father’s country of origin. Her 2019 major-label debut, The Jungle Is the Only Way Out, garnered wide acclaim. Last year, she joined Atlanta music collective Spillage Village — bringing together Earthgang, J.I.D., 6lack and other superstars across a swath of genres.

Influenced by Lauryn Hill and Joni Mitchell, Mereba has been mentored by music legend Stevie Wonder and teamed over the past couple of years with a range of performers, including rapper Vince Staples.

The full album, AZEB, comes out Wednesday. It’s titled for her middle name, translated as “where the sun rises,” representing light in the wake of a very dark last 14 months. Indeed, the striking and sexy dreamscape-desert scenes meld with Mereba’s mesmerizing vocals give the auditory sensation of throwing open a window and letting things shine again.

On May 14, the Atlanta-bred, Nashville-based band Ben Cramer, aka Old Sea Brigade, released 12 new songs on his latest album, Motivational Speaking. With his penchant for layered, deceptively complex compositions and subtle but piercing lyrics, Cramer has understandably been compared to singer-songwriters like Iron & Wine. Such lines as, “Feels like a toothache, but it’s dangerous,” get to the ache and longing of yet-unproved new love.

Though Cramer makes Music City USA his home now, his Atlanta credentials are indisputable. In 2016, in an interview with Global Yodel, he advised to “avoid I-285 at all costs” and described Willy’s as “like Moe’s but a billion times better.” Agree or disagree on the burrito hierarchy, we can agree he’s been around town.

If you mixed Café Tacuba with The Talking Heads and put Joe Strummer out front, you’d find Yukons, the self-proclaimed “Latin Expression Rock” band whose exciting and raw-sounding 2018 album South of the Equator should have turned into a bigger breakout success.

Lead singer and songwriter José Joaquín Izaguirre, whose parents are Venezuelan, lyrically explored Latinx identity and expression through an ATL lens. With Danielle Dollar on drums and Hannah Lenkey on bass, 2016 saw the band issue its debut cassette, Ice cream/Death, perhaps a nod to a famous Eddie Izzard bit (which was, technically, about cake or death). They proceeded to build upon their winning combination of emo, punk and good, old-fashioned garage band ethos.

In 2018, Izaguirre spoke about how growing up “there weren’t Spanish-speaking artists that I was looking up to in Atlanta or anything like that,” adding that the scene “still has a lot of space to grow.” Fingers crossed that the band won’t be gone forever — or at least may come back in some renewed form in 2021. That hope is why “Pa’lante” is our Vintage Track of the Week. The title, translated loosely, is Spanish for “onward,” “go ahead” or “go for it.”