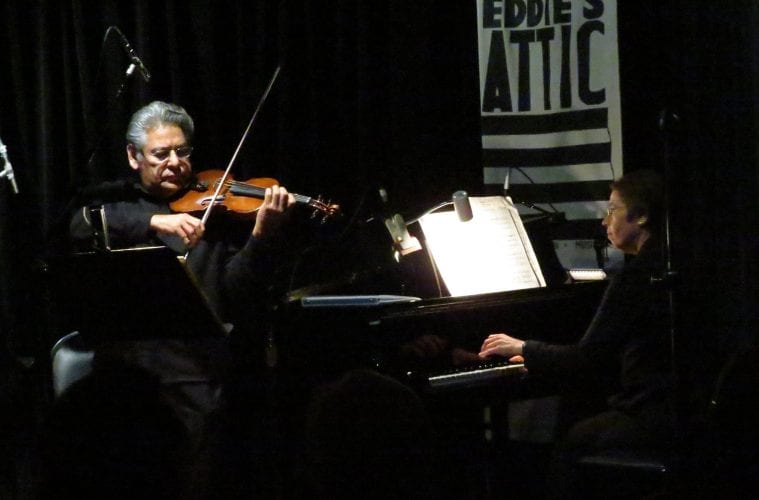 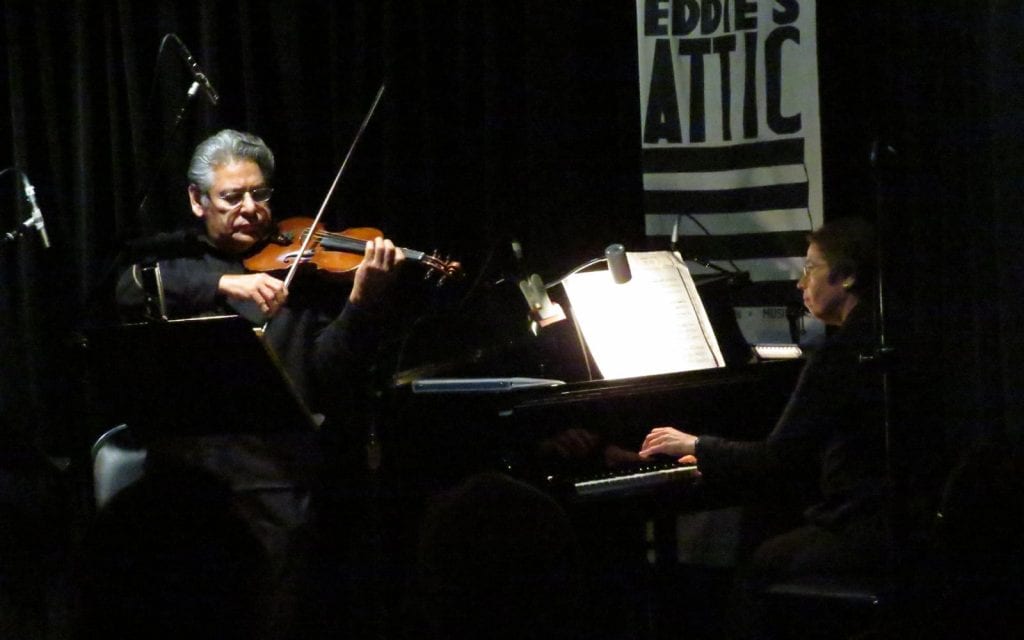 It was a rain-soaked Sunday afternoon as members of the ATL Symphony Musicians assembled to perform this year’s “United by Music” concert at Eddie’s Attic. Almost all of these musicians had just performed a 2 p.m. Atlanta Symphony Orchestra concert — the last of rapidly organized, post-lockout subscription concerts before the end of the calendar year.

Indeed, “specials” and seasonal holiday concerts will now occupy Symphony Hall between Thanksgiving and New Year’s Day. The ASO’s classical subscription concerts will return in January, with that entire month under the batons of guest conductors.

The ATL Symphony Musicians’ first “United by Music” concert at Eddie’s was held in the immediate wake of 2012’s contentious labor negotiations and lockout. More classical chamber concerts began taking place there in ensuing months, including a reprise of the “United by Music” theme last April. Then there came a dry spell, as musicians were not as organized or available to bring their chamber concerts to the venue.

Then came the ASO 2014 labor negotiations and subsequent lockout. As other ATL Symphony Musicians concerts were being planned, they also collaborated with Eddie’s Attic on producing a concert at Terminal West back in September..

For Sunday’s iteration of “United by Music,” which played to a capacity crowd, there was the additional advantage of two fresh features at Eddie’s not at the previous ones: a new Yamaha baby grand piano and a new sound system, both of which made their debuts in August.

What follows is admittedly less a review than a complete compendium of musicians and what they performed.

Cellist Larry LeMaster and bassist Gloria Jones opened the concert with Duet for Cello and Double Bass in D major by Gioacchino Rossini, a challenging gem for this rare duo combination.

ASO violinist Sharon Berenson is equally versed as a pianist and performed in that capacity for this concert. Berenson and clarinetist John Warren, who is not himself an ASO member but is married to bassoonist Laura Najarian, performed the somewhat klezmery “Viktor’s Theme” from John Williams’ film score for The Terminal. Berenson then played a piano solo, “Andalusa,” one of the “12 Danzas Españolas” by Spanish composer Enrique Granados.

Flutist Robert Cronin brought one of his own compositions to the stage, playing it on unaccompanied alto flute: “Music for an Old Movie,” the third movement of his new sonata for solo flutes. Then violinist Juan Ramirez and Berenson performed “Libertango” by Ástor Piazzolla. Carl Hall and Berenson followed with Georges Hüe’s charming “Fantaisie,” well known amongst flutists but deserving of wider public exposure.

After intermission, harpist Elisabeth Remy Johnson performed three pieces: “Hiraeth” by Grace Williams, “Expectation” by Carlos Salzedo and her own transcription of a choral motet, Aaron Copland’s “Help Us, O Lord.” She was joined on stage by Cronin, who returned to perform another of his own compositions, “Remnant” for flute and harp.

Ramirez again took to the stage, but not as violinist. This time he surprised many who only know of him as violinist by playing some really hot flamenco guitar — three traditional dances: bulerías, zapateado and fandango.

Bassoonists Keith Buncke, Laura Najarian and Juan de Gomar concluded the evening with Eugène Bozza’s “Divertissement” (1954) and three of Julius Weissenborn’s six trios for bassoons: “Polonaise,” “Turkish March” and “Polca,” demonstrating well that the noble bassoon is well geared for music that is at once fun and serious.

Rumblings, postconcert, are that Eddie’s Attic is once again interested in regular presentations of classical music, perhaps as much as once a month. That was the case in 2012, but the musicians were not as solidly organized for it as they may well be now with their ATL Symphony Musicians Foundation in place. Whether and how that comes together remains to be seen, but would definitely be welcomed.