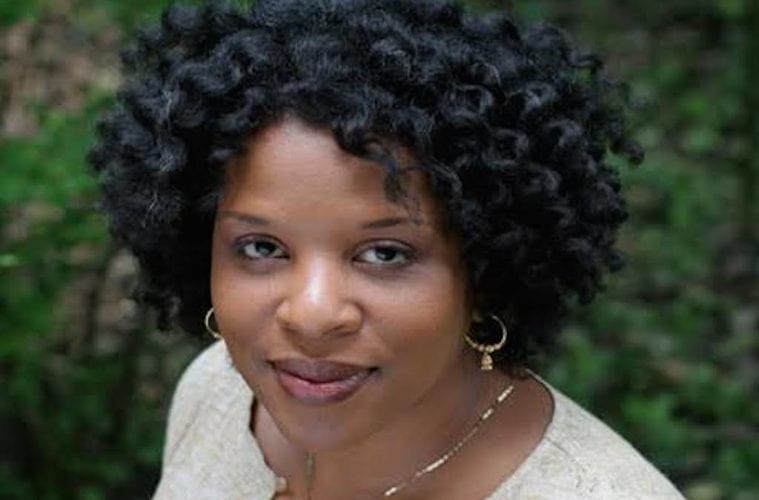 Review: “Atlanta Noir” anthology takes a deep look at the dark and dirty side of Atlanta

Noir in film and fiction has served up menace and mayhem for almost a century. About a decade ago, Akashic Books launched a series of noir anthologies with a twist, delivering crime, gore and violence set in different locales. Beginning with a bang in Brooklyn, where the publishing house is based, the anthologies have visited the land of crumpets of tea in London, dashed around the vibrant city of Rio de Janeiro and even landed among the casinos and revelry of Las Vegas.

Now comes Atlanta Noir, an anthology that masterfully blends a chorus of voices, both familiar and new, from every corner of Atlanta. Three-time author and native Atlantan Tayari Jones edits the collection, consisting of 14 stories, including her own Caramel.

The magic of Atlanta Noir is readily apparent, starting with the introduction Jones pens. It doesn’t rest solely upon the breadth of writers but on how their words, stories and references are so Atlanta — so very particular, so very familiar and so very readily, for those who know the city, nostalgic. And for those who don’t? The sense of place it captures inspires a desire to get to know Atlanta and its stories. The 249-page anthology is divided into three sections: The Devil Went Down to Georgia, Kin Folks & Skin Folks and Nose Wide Open. Its narratives weave throughout pockets of Atlanta.

They travel to the Southside, popping up in College Park and Cascade Heights, and shoot north to Grant Park, Little Five Points, Inman Park, Midtown and Virginia-Highland. They take us to East Atlanta, East Lake Terrace and Stone Mountain and swoop around to Peachtree City, Mechanicsville, Buckhead and Vinings.

Readers begin their journey in Buckhead, as an impending snow storm necessitates a trip to the neighborhood Publix in Tananarive Due’s Snowbound. Readers will proceed to Dallas Hudgens’ Terceira, set in College Park, a story of stealth and deception. The rest of Part One moves swiftly forward with Brandon Massey’s Prisoner, whose protagonist is held captive even after leaving prison. Sheri Joseph’s Kill Joy tells the story of a protagonist feeling stuck but wanting to move forward, while the protagonist in Gillian Royes’ One-Eyed Woman hungers for a better future as a less than satisfactory past is in view.

If the pace of the first part is fast, frenzied and suspenseful, the other two are much slower. Part Two features editor Jones’ Caramel, which muses about a woman desperate for family answers at any cost, as well as Anthony Grooms’ Selah, David James Poissant’s Comet and Daniel Black’s Come Ye, Disconsolate. In the last part, works from Jennifer Harlow, Kenji Jasper, Jim Grimsley, Alesia Parker and John Holman feature grimmer, more solemn writing with a hollow, saddened energy flowing through the words.

My own Atlanta history, my Atlanta lineage I could even say, explains my nostalgic reaction to the words spilled upon the pages of Atlanta Noir. I was born in Atlanta and raised in Stone Mountain, minutes from the monadnock of Stone Mountain and Stone Mountain Park. In the evenings as a child, I recall being able to hear the loud booms and echoes from fireworks at the nightly summer laser shows, held on a massive lush lawn in front of the mountain’s carvings, from our back deck. If I was fast enough, myself or my sisters would dash to the top of the hill of our street and be able to see the streams of colors from the fireworks. The thrill of watching them and the panting of my breath as the booms ricocheted in the distance delighted me each time.

In reading Poissant’s Comet, all these memories, thoughts and emotions surfaced like the thrusting of a thousand rivers. Atlanta Noir is a body of work that captures sensory snapshots of an ever-changing city, an ever-changing metropolis. That’s the magic I felt and the magic I believe others less familiar to Atlanta will be able to access as well.

The authors in Atlanta Noir will appear at the Wrecking Bar at 7 p.m., Tuesday, August 1, for readings and discussion as part of the Writers@TheWrecking Bar series. This event is free.