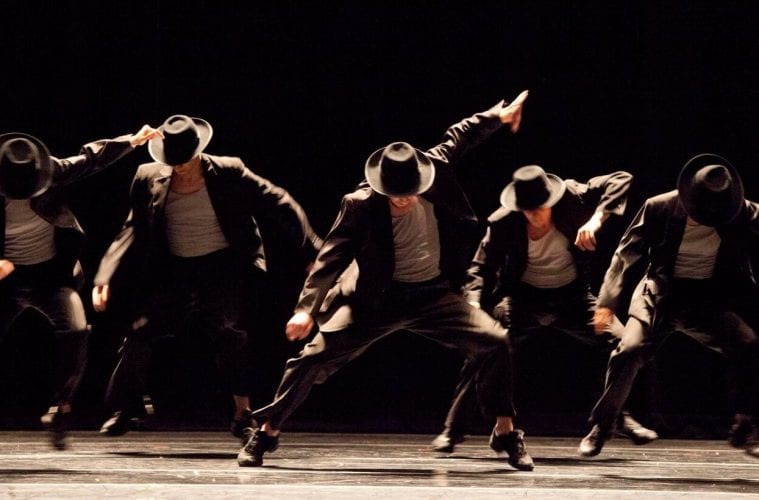 In 2012, then-Atlanta Ballet artistic director John McFall announced a three-year partnership with Israeli choreographer Ohad Naharin in an effort to modernize the company’s repertory and attract a younger crowd. Despite the real risk that producing more contemporary work could alienate the ballet’s core audience, the board of trustees signed off on the long-term agreement. In March 2013, current president and CEO Arturo Jacobus (then executive director) told the Atlanta-Journal Constitution he believed the leap of faith would pay off at the box office. “Besides,” he said, “a steady diet of ‘safe’ programs will eventually bore the audiences. We want to excite them.”

McFall brought in works and commissioned world premieres by such cutting-edge choreographers as Helen Pickett, David Bintley, Jean-Christophe Maillot, Wayne McGregor and Jorma Elo, and the company pushed the audience’s concept of what ballet and contemporary dance can be.

Fast-forward five years, and the tune has clearly changed. New commissions under artistic director Gennadi Nedvigin’s watch have adhered more closely to a classical aesthetic. There is not much boundary-pushing as far as choreographic style or subject matter is concerned. The push now seems mainly in dancers striving to gain technical prowess.

“Tu Tu,” choreographed in 2003 and hailed as “an irreverent look at ballet” in a program note, might have been unconventional in the 1960s. Despite its gaudy, gilded costumes — more reminiscent of circus tents than the Gustav Klimt paintings that inspired them — the ballet felt as safe as they come. Set to a recording of Maurice Ravel’s Piano Concerto in G Major, dancers executed clean, classical steps in symmetrical patterns with the occasional head bobble thrown in, apparently, for irreverence. A highlight was some sparkly partnering by Erica Alvarado and Sergio Masero-Olarte, who found their groove on opening night.

Lee’s “blink” edged slightly farther out of the safe zone, especially in a series of solos beautifully timed to Johannes Brahms’s “Variations on a Theme of Paganini, Op. 35,” played live by pianist Di Wu. In her choreography, Lee knocked the classical vocabulary off its vertical axis, adding supple spines and lifts that carried undulating bodies horizontally through space. With “blink,” which took its inspiration from heavenly stars, Lee shined a light on each dancer’s individual strengths, playing up Nikolas Gaifullin’s voluminous torso, Jackie Nash’s sweeping upper body, Francesca Loi’s sharp and detailed quickness. A starry backdrop rose and lowered as dancers clad in bright white appeared from the darkness, swirling and darting through fast moving floor patterns. Lee’s keen sense of musicality as a dancer is clearly evident in her choreography, and she proved her ability to craft a sophisticated ballet that felt joyous and spontaneous.

Tara Lee’s “blink” was a highlight of the program. (Photo courtesy Atlanta Ballet)

“Minus 16,” which has become the token “contemporary” work in many a ballet company’s repertory, closed Tu Tu & More. Carefully structured and full of surprises, Naharin’s masterwork is a global crowd pleaser, but its roots run much deeper, and companies must prove their dancers can do it justice. Part of learning Naharin’s work includes taking classes in Gaga, his signature movement language that, through imagery-based improvisation, unlocks patterns held in the body and allows the mover to access almost any kind of movement. Essentially, dancers must unlearn the rules of ballet.

As McFall knew when he pushed for a three-year commitment, dancers cannot master Naharin’s movement style in a few short weeks of rehearsal. And because most of the current company members were not around from 2012 to 2015 (in which Atlanta Ballet performed “Minus 16” twice and Naharin’s jaw-dropping “Secus” once), I had my doubts.

They surprised me. But more importantly, they floored the audience. From the moment Jared Tan took center stage during intermission, standing stone-faced like a security guard in front of the curtain, the audience was all in. Cheers and laughter erupted as the curtain opened and Tan wowed us with a series of daredevil tricks, which included toe-walking and other cheeky nods to classical ballet. Like a vaudevillian preshow act, the solo is usually improvised and intended to entertain and warm up the audience. Tan accomplished the task with goofy charm. “Minus 16″ lies in its ability to shift the mood completely with every section, taking the audience on an emotional ride. In its signature image, 17 dancers slump forward on folding chairs arranged in a semicircle. Set to “Echad Mi Yodea,” a traditional Passover song, the dancers, dressed in identical solemn black suits, explode into exalted backbends, chomp the air, fling out their limbs in lament and rip off one piece of clothing at a time, tossing them high into the air until all have stripped down to underwear.

I have seen this section performed by a number of companies, including Naharin’s own Tel Aviv-based Batsheva Dance Company. When it is performed at full throttle, I am two inches off my seat, heart pounding as the dancers scream the song’s Hebrew words, their bodies contracting with effort as if their lives depended on the universe hearing. In Tu Tu & More, the Atlanta Ballet dancers missed some of the work’s urgency, hesitating for a millisecond too long, perhaps too concerned with getting it right. But the range of physicality was impressive. And if they lost some of the work’s fire, they found its heart.

In the signature duet of “Minus 16,” Alexandre Barros delivered the evening’s highlight. He approached veteran Nadia Mara with head bowed, hands clasped in a ritual offering or perhaps a plea for solace. He slammed his head on her chest. She slipped away then reappeared sitting at attention on his shoulders. Desperate but resigned, he hopped on one foot, melted then exploded off the floor. She performed this, albeit beautifully, as a ballet dancer. He lived it, and the result was a stunning display of humanity.

Authentic human connections are a staple of Naharin’s choreography, which often employs direct contact with the viewer. In “Minus 16,” dancers leave the stage and return with a chosen audience member turned new dance partner. On opening night, Atlanta Ballet handled this often-unpredictable section with grace and reverence. In the end, the dancers dropped to the floor, leaving one unsuspecting audience member standing center stage. Charmed and elated, the woman took a dramatic bow and walked to her seat, followed by a spotlight as we cheered for her.

Part of the appeal of “Minus 16” for ballet companies is that it stands in stark contrast to the lofty dehumanization and fantasy of classicism; it reminds us who we are. By calling “Minus 16” an “Atlanta Ballet signature work,” the company joins a growing number of ballet institutions that have tokenized Naharin’s new classic.

Five years ago, Atlanta Ballet was primed to establish a national reputation as a leader in innovative choreography. Today, with its turn to safe programming, the company risks losing the unique and forward-thinking identity that it worked so hard to create.