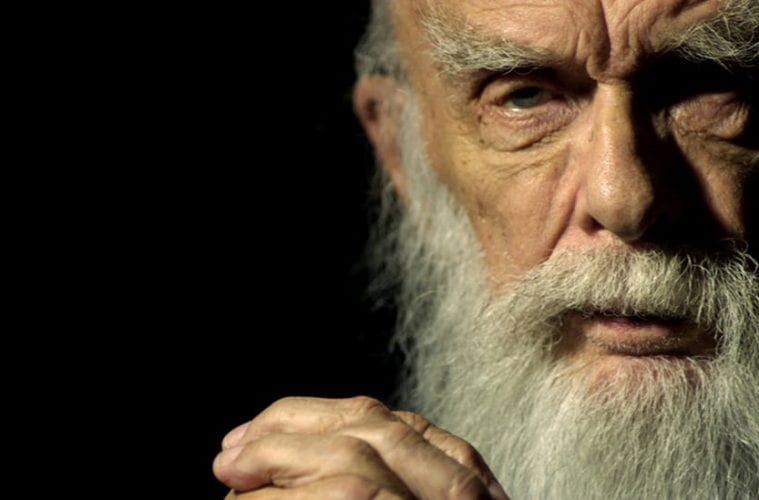 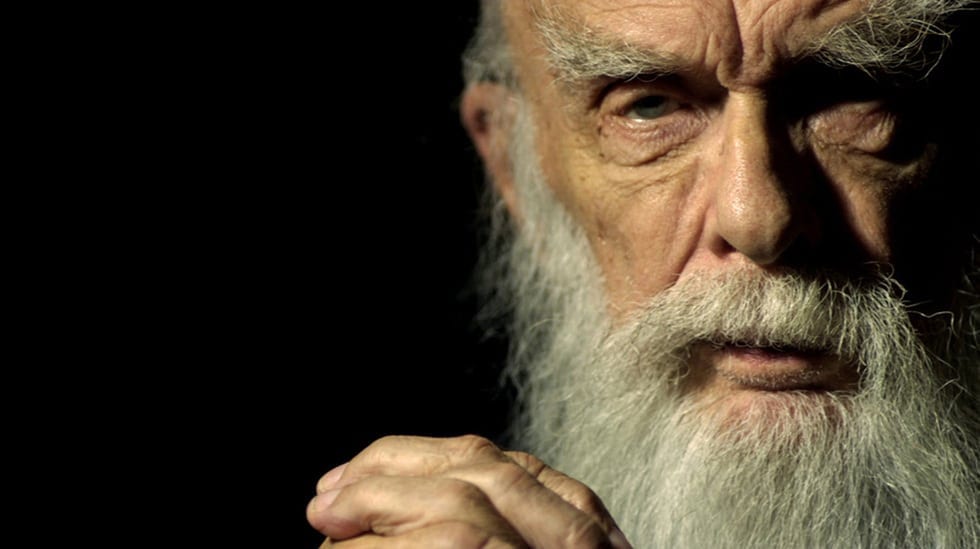 As a magician, the Amazing Randi followed the path of his hero, Harry Houdini.

At first, the title An Honest Liar seems a little odd (it did to me, anyway). But the longer you watch Tyler Measom and Justin Weinstein’s fascinating and entertaining documentary about the magician known as the Amazing Randi, the more it fits. And the more the title’s meaning deepens and expands.

Born in Canada in 1928, James Randi had a thriving midcentury career as an internationally celebrated magician and escape artist. He modeled himself on Houdini and lived by the legend’s own motto: “If a man can make it, I can break it.”

A slight, wiry, balding fellow, we first see him in his prime hanging upside down, straitjacketed, on a live, black-and-white TV broadcast from the 1950s. As he wriggles, a lady in a shimmering party gown watches from nearby, crooning “(You’ve Got) The Magic Touch.”

You can’t make this stuff up. But what you can make up becomes Randi’s focus in the second half of his career when (also like Houdini) he reinvents himself as a professional debunker of magicians who cross a moral/professional line and pretend to have actual supernatural powers. 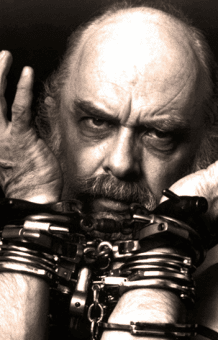 In the 1970s, he becomes the scourge of charlatans who prey on the gullible, whether their targets are ailing churchgoers seeking miracle cures or TV hosts hunting ratings. Randi spends much of the 1970s in pursuit, via the talk-show circuit, of famous spoon bender Uri Geller (who, to his credit, agrees to an interview for this film).

Randi counters Geller’s claims of being psychic by duplicating, on-camera, his cutlery tricks with good, old-fashioned sleight of hand. Barbara Walters is notably distraught to realize she’s been gulled by Geller during his appearance on her show — a reminder that even smart, ambitious people sometimes have a murmuring urge to believe the unbelievable.

Randi and some assistants also crack the code of “faith healer” Peter Popoff’s scam, revealing how he’s deceiving (and getting rich off) the sick and desperate people who flock to his revival meetings. Randi even gets into the charlatan biz himself, creating a perfectly phony  “channeler” in the form of Jose Alvarez, a young South American he meets in Florida, whom he trains to speak in voices and claim to remember previous lives.

In no time, Alvarez is making the news, and making dupes of the journalists (particularly 60 Minutes Australia) who broadcast his claims with scarcely a speck of skepticism. In return, Randi exposes his own fraud, and does it again, later, after fooling Stanford Research Institute scientists into believing they had found two genuine psychic men (young magicians he planted with them).

Randi also cut off Alice Cooper’s head nightly for a while, as the onstage illusionist for the rocker’s elaborate spectaculars . . . but that’s just a brief, bloody sideline.

An Honest Liar intelligently explores the themes of trust and deception, showing how magicians court and befriend their targets — audiences, scientists — only to betray that seeming friendship in fulfillment of their jobs as illusionists.

No one can feel bad about Randi’s exposure of moral scum like Popoff. But you do understand why illusionists Steve Shaw (aka Banachek) and Michael Edwards, the young guys recruited by Randi to pose as psychics, began to feel queasy about the Stanford scientists they were all too easily tricking (under supposedly controlled laboratory conditions). After all, the scientists’ belief and faith in these prodigies’ gifts are what allowed them, unwittingly, to be bamboozled.

There’s an intimate relationship between the con and his mark, a seduction wed inseparably to betrayal. That same threat of betrayal — this time between Randi and the directors of this film — detonates in the last act of Liar. Without giving it away (and you should try to avoid spoilers), the movie takes an unexpected turn, exploring a large deception at the heart of Randi’s personal life.

(And no, it’s not that he’s gay; he came out, if belatedly, five years ago.) At one point, Randi threatens to walk away from the documentary, insisting that one interview in particular never be publicly screened. (It is.)

There may not be magic involved in the film’s celebration of keeping a clear head. But irony and synchronicity sometimes seem to be at play. A snippet of the game show To Tell the Truth early on turns out to be a kind of depth charge that goes off many years later. Watch the movie, and you’ll see why. At the risk of being repetitive: you can’t make this stuff up.