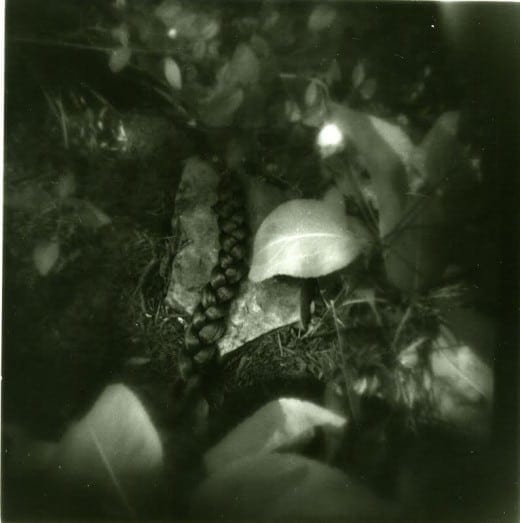 How do we remember the past and process its impact on our present? How do we record, protect and keep that which is beloved but gone? Is there a meaningful way to document ephemera? Or are our unreconciled emotional histories and identities a perfect metaphor for the transience of the human condition?

Kevin Sipp has pondered these questions for the entirety of his 20-year career as an artist and arts administrator. When he became project director of Gallery 72, he already had a clear vision for his first show, Ephemeral Eternity: Memory, Ritual and Personal Myth in an Age of Dissolution.

“I wanted to encourage dialogue between the viewer and the viewed . . . between the past and the present,” says Sipp, former curator at Hammonds House, as we walk through the city-run exhibit space in the AJC’s former downtown digs.

“The past is only true to those who experience it. To everyone else, it is legend and myth. And the lack of empathic belief in another’s experienced past keeps human beings in conflict.”

The exhibition, on view through May 1, includes the work of Atlanta artists Wendy Phillips, Robin Bernat, Karen Tauches and Jessica Scott Felder. (The artists will speak from 6 to 8 p.m. on April 2.)

“I see it as a symphony,” says Sipp. “Each artist brings their emotional weight, style and media to the show.”

Inspired by “maternal, ancestral narratives,” Jessica Scott Felder created Compass Rose to honor Harriet Tubman. The all-black installation consists of a Victorian-style slipper chair draped by a veil hanging over a chandelier above it. The chair sits atop a north-facing compass painted on the floor.

The intent, says Felder, is to “revere yet humanize [this] diminutive woman whose reputation looms so large that we risk overlooking her humanity.”

Time is a theme of Karen Tauches’ Window World, a contemplative series of nine still photographs of a single view from a window superimposed with time-lapsed film of those images.

The works are meant to evoke “interior and exterior spaces, the passage of time and presence of time, and the interior womb-space contrasted with the outer world of the birth space,” she says. “They become the liminal space between life and other possibilities of existence.”

Memory, loss and recollection are recurring themes in Robin Bernat’s work. The subject of her 12-minute film, Your Chapters Here Are Now Mine, is mourning the death of her cat — an invitation to expand definitions of love and reconsider the unspoken hierarchies that come into play when one considers the value of a life.

The small intimate photos from Wendy Phillips’ La Sombra series are ghostlike and infused with an ancient feel. They are informed by her studies among women of African and Native American descent living on the Pacific Coast of Mexico who believe, she says, “that illnesses and instances of spiritual disharmony and disequilibrium occur when an aspect of an individual called La Sombra — also known as the soul, or shadow — becomes lost or endangered.”

Also on display, her View Box series pays homage to her parents and the loving home they built through assemblages comprising vintage photographs, diary entries and vinyl records that once belonged to them.

Sipp sees a connection between Phillips’ art making and her psychotherapy practice. “Wendy is adept at pulling things from spiritual depths and, in doing so, reveals things to us about ourselves we might not have seen otherwise.”

Which speaks to one of Sipp’s prime motivations as a curator. “We need art in our lives to remind us that the world we see is not the only world there is,” he says.

“We bring so many assumptions to the world through our own baggage and experience. But art has a way of making us expand our vision.”

He recounts this encounter to make his point. “A city worker came in on opening day and looked at Compass Rose. He told the artist, ‘After having had one of the worst weekends of my life, I came to work very angry this morning. But I let all of that go the minute I saw your piece. It has totally made my day beautiful.’”