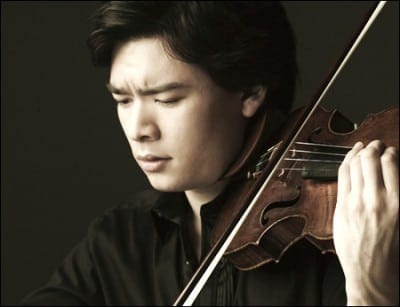 In some quarters, Stefan Jackiw is being called a stupendous performer and even a genius. His Atlanta debut, Saturday night at Kennesaw State University’s Bailey Center, showed the young violinist to be more of a great artisan — a master of his noble craft — than a creative force.

Born in 1985, Jackiw — pronounced “jah-KEEF” — is of Korean and German descent, and both parents are physicists. He studied at Harvard and the New England Conservatory and is currently making the rounds as soloist with major orchestras across the world. Earlier this year, he played a concerto with the YouTube Symphony Orchestra, a concert that tallied some 30 million online views. (Here is Jackiw’s excerpt.) 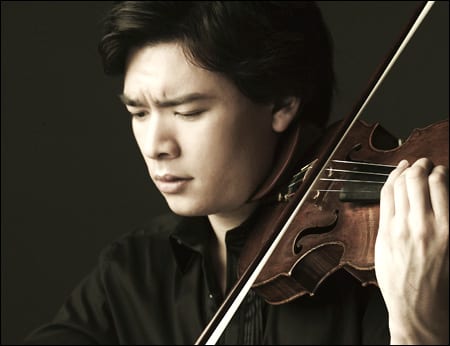 Suddenly, he’s everywhere. He’ll even return to Atlanta this season, performing Bruch’s “Scottish Fantasy” with the Atlanta Symphony in May 2012. (He’s already getting into that Georgia frame of mind. Yesterday on Twitter he tweeted, “I’m in Kennesaw, GA, where I’m told residents are required by law to own a firearm. I’m walking around with my hairdryer.”)

Partnered by Anna Polonsky, a fine pianist, Jackiw offered an elegant recital in the splendid acoustic of the Bailey Center. The core of the program relied on their balanced partnership, with Brahms’ mature G Major Sonata and Richard Strauss’ youthful Sonata in E Flat. The playing, as billed, was sensationally precise, full of zeal. Polonsky, an interesting artist, was at once understated and bold, supple and commanding — an ideal chamber musician.

Jackiw’s fiddling was youthfully confident, controlled and brilliant. Although he takes few risks, his playing was never glib. The emotions felt genuine, and there’s nothing showy about his technical chops: everything is in service to the music.

The only thing he lacked was “voice,” the sense that his communication and interpretations are unique. It used to go without saying that it is the performer’s job to make an audience feel that a concert is an event, that, oh boy, we’ll never hear it like that again. Instead, much of the recital was a reminder that somehow we’ve slid down a funnel in the culture of violin playing, where the premium everywhere is on technical skills and almost all interpretations sound alike.

The most memorable parts of the recital opened each half. Their take on Stravinsky’s “Suite Italienne,” which transforms tunes from his ballet “Pulcinella,” was exhilarating — lustrous in tone, foreboding in attitude and very alive.

“Subito” (1992), by the late Polish master Withold Lutoslawski, was composed near the end of his life as a test piece for a violin competition. Across its five minutes, the work is angular, impassioned and cubistic — as much a piece of music as a study in light and shadow. A recent work without a fixed interpretive standard helped the duo on stage. Jackiw and Polonsky played it with the same polish and commitment as the Brahms, but in its contemporary spirit found something attractive and new.