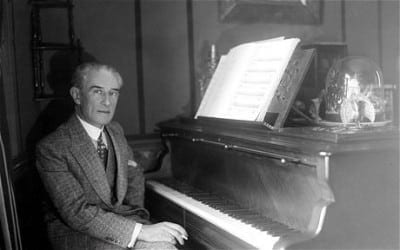 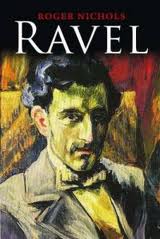 Could it be that three-quarters of a century after the death of Maurice Ravel — the epitome of cool French sophistication, the creator of the hypnotic “Boléro” and the ecstatically sensual “Daphnis et Chloé” — we still know almost nothing about him?

His music is heard all over. The Atlanta Symphony Orchestra, for example, will offer his Piano Concerto in G next week (October 6 and 8), his orchestration of Musorgsky’s “Pictures at an Exhibition” later in the month (October 20-22), and his “Mother Goose” Suite early next year (February 2-4). Then there are the musical progeny of the Frenchman — arguably a very fertile family tree — such as suave Finnish composer Esa-Pekka Salonen, whose “Nyx” will receive its American premiere also next month (October 27 and 29).

Mysterious behind an exquisite facade, in both musical style and personality, Ravel created fastidious worlds that seemed to afford him some emotional distance, finding the safety of fairy tales in “Mother Goose” or in neo-Baroque dance with “Le tombeau de Couperin.” That these popular works can bite, with dark undercurrents and subtle innovations, speaks to Ravel’s motto, “complex but not complicated.”

But for the biographer, vividly describing the intoxicating harmonies and rapturous textures of the music, while setting the works in their cultural context, is only part of the task. The composer, who died in 1937, ensured that the private parts remain hidden. Even Roger Nichols, an acclaimed expert on French music, is left without answers in “Ravel.” But it’s one of just a few major biographies in English and is now the most authoritative and exhaustively researched book on the composer.

Throughout, Ravel’s personality, his motivations and private concerns, remain elusive. Colleagues from his artistic circle — it’s impossible to say whether he had any close friends — rarely failed to mention his unusual disposition. Pianist Ricardo Viñes, whose diary is the best record of Ravel’s youth and early career, called him “secretive about the least details of his existence.” Decades later, poet Paul Valéry observed that Ravel’s tobacco habit “served to increase the smokescreen between him and the fools of this world.”

It’s a central theme. “The skill of the clockmaker has obscured the artistic daring of the pirate,” Nichols writes. At times, the frustrated biographer must throw up his hands: “He was his own worst enemy, since the technical expertise of his music has too often misled listeners as to the emotional turmoil that lies beneath.” 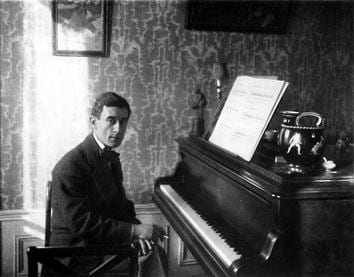 But “misled listeners”? His place in the repertoire suggests otherwise. Nichols argues that Ravel, born to a Swiss engineer father and an illegitimate, fishmongering mother from France’s Basque province, struggled in his music to reconcile the social and intellectual gulf between his parents. By this reasoning, he was torn between expressing (maternal) emotion and (paternal) technical skill.

His expulsions from the Paris Conservatoire and failure to win the career-making Prix de Rome, which he entered repeatedly until he was 30 and already a much-praised composer, led to scandal that shook up musical education in France. He was still living with his beloved mother and younger brother at age 40, in what seems not just bachelorhood but a prolonged childhood. He collected toys as an adult and was never known to have had a romantic relationship, or even a sexual encounter, with anyone.

Musically, Ravel is often paired with that other genius Frenchman, Claude Debussy, among the early moderns. For much of the 20th century, where artistic innovation was prized above all else, Debussy was seen as the visionary and Ravel the perfectionist. But in anticipating musical trends, Ravel was often there first, with musical Impressionism (“Jeux d’eau”) and neo-classicism (“Menuet antique”). There’s often a striking imbalance between the discarnate and a very human tension in Ravel’s music, and the conflict is never resolved. It can leave you both uneasy and needing more, which is a strong element of his enduring appeal.

He tried to enlist at the outbreak of the Great War but was rejected as too short and frail; he eventually drove an army supply truck. In the late 1920s, a triumphant tour of America validated his international reputation and finally confirmed his standing back home. “I like jazz far more than grand opera,” he told the Americans. And he meant it, with just two one-act operas to his credit but many brilliant evocations of the American sound. The G major Piano Concerto organically sets the raucous rhythms of jazz next to the elegant operatic lyricism of Mozart. The central section of Ravel’s Violin Sonata is marked “Blues,” which he hoped would prompt Americans to take jazz seriously. (He later considered his efforts at persuasion a failure.)

The “sheer beauty of his surfaces,” musically speaking, had a parallel with the man. On a visit to Vienna, Ravel stayed with Alma Mahler. While not always a reliable memoirist, she nevertheless paints a bright portrait of his dandyism. “As a guest he was remarkably interesting,” she writes. “He was a narcissist. He came to breakfast rouged and perfumed, and he loved the bright satin robes that he wore in the morning. He related all things to bodily and facial charms. Though short, he was well-proportioned, with such elegance and such elastic mobility of figure, that he seemed quite beautiful.” 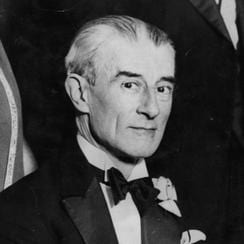 One of Ravel’s students dismissed the gossipy nature of such descriptions: “So What? There was no call to be shocked by it. It was merely an entertainment and he himself was entertained by it.” This rings true, since on his American tour the Maître packed 57 neckties and 20 pairs of pajamas. Nichols suggests that the sartorial excess was another form of camouflage for a tortured soul, just as his letters relied on an antiquated grammatical style (heavy on the subjunctive) that gave them a sepia tint, a mask on what stirred beneath.

Readers of music history have come to savor British scholars who write with the wise humanity and flair of a novelist: David Cairns on Berlioz and Stephen Walsh on Stravinsky are notable recent examples. Nichols is more the journalist, with a comprehensive view of the literature and countless shrewd observations that beg a little more analysis. Ravel’s debonair neo-classicism, for instance, was a style that fit the go-go 1920s but less so the austere Great Depression. But Nichols doesn’t develop such chewable ideas; mirroring his subject, he keeps us at arm’s length.

Nichols’ final chapters, on Ravel’s debilitating brain disease — and moments of lucid awareness — are heartbreaking. The doctor decided on exploratory surgery. Always dapper, with his silver hair shaved off, Ravel pleaded with the nurses to take him home as he was being wheeled into the operating room. He was dead just days later.

“M. Ravel’s charm is something elfish and inscrutable,” a critic surmised way back in 1923, in a judgment that seems current. “It is grotesquely detached and vividly true.”