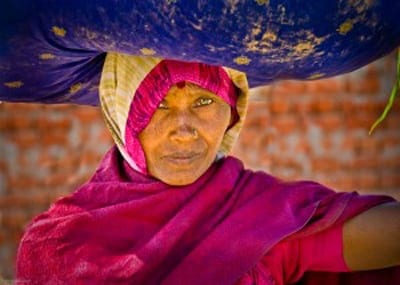 You have to hand it to the organizers of the 35th annual Atlanta Film Festival. The festival has struggled over the years to establish an identity, floating preciously between a locally driven event, a regional outpost and one with a national presence. There’s plenty of room for debate about the ambitions of previous organizers, but certainly the economy and the shifting nature of the whole film-festival concept in recent years make it a challenge for a market like Atlanta to establish just the right niche. This year, a new regime has made some tweaks that suggest a nod toward a leaner and possibly more focused program, fewer venues and a stronger local emphasis. With such a move toward greater simplicity, it’s ironic that the marketing hook this year is “There Are 101 Reasons to Go.” (Above: An image from festival entry “Get Real! Wise Women Speak.”)

Here are five reasons of my own.

Before we get into what exactly is being offered this year, the festival deserves serious kudos for a refreshing marketing campaign that could go a long way toward tapping into the local market. It can be found in the silly but engaging “101 Reasons to Go” gimmick, but also in the shrewd decision to partner with Creative Loafing, Atlanta’s alternative newspaper, to print and carry the program guide as an insert. Georgia on Our Minds

To be clear, there has always been a local component to the festival, so this is nothing new. But it’s always intriguing to see what’s happening with Atlanta and Georgia filmmakers, and this year’s offerings are especially compelling. Previous festival entrant Bret Wood (“Psychopathia Sexualis”) is back with “The Little Death” (image at left), a period piece about the sexual psychopaths (hey, wait a minute!) milling about a brothel. The cast includes local theater stalwarts Courtney Patterson and Daniel May.

Network — and Not Just the Movie

Every year the festival tries to crack the industry codes of success. This year’s CINformation Seminars might just do the trick, especially considering Georgia’s emergence as a place of choice to make movies. But this isn’t just about networking. While attendees can learn at such events as the Saturday Seminars (e.g., “The Impact and Importance of Film Tax Incentives”), there are also screenings of films such as topical local documentary “How to Stop the Candy Shop.” (As for the movie “Network,” see below.) This is the festival’s most comprehensive partnership with the Plaza Theatre in recent memory, and the films are beautifully in keeping with the spirit of that movie house since Gayle and Johnny Rej took over about three years ago. The delightfully diverse spectrum of genres: documentary (“Rejoice and Shout,” on the roots of African-American spirituals), foreign film (“Incendies,” a 2010 Academy Award nominee for Best Foreign Language Film), even local flavor (“Disabled But Able to Rock,” Blake Myers’ profile of Atlanta’s self-proclaimed Danger Woman; image above). But the true highlight is the 35th-anniversary programming of the 1976 classics “Taxi” and “Network.”

From the city so nice they named it twice come two of the most compelling documentaries in a festival loaded with quality nonfiction works. Andrew Rossi’s “Page One: Inside the New York Times” (one of several Gala Presentations) provides unique access to life at The Gray Lady as it grapples with challenges in the print industry and its controversial decision to collaborate with Julian Assange and his WikiLeaks project. Celine Danhler’s “Blank City” offers a history of the “No Wave Cinema” and “Cinema of Transgression” movements in New York in the 1970s, which were inspired by artists such as Andy Warhol and helped launch the careers of such indie-film notables as Jim Jarmusch. Along the way, viewers get an inside look at the mixing of film, art and the burgeoning punk-rock and hip scenes in the East Village and beyond.