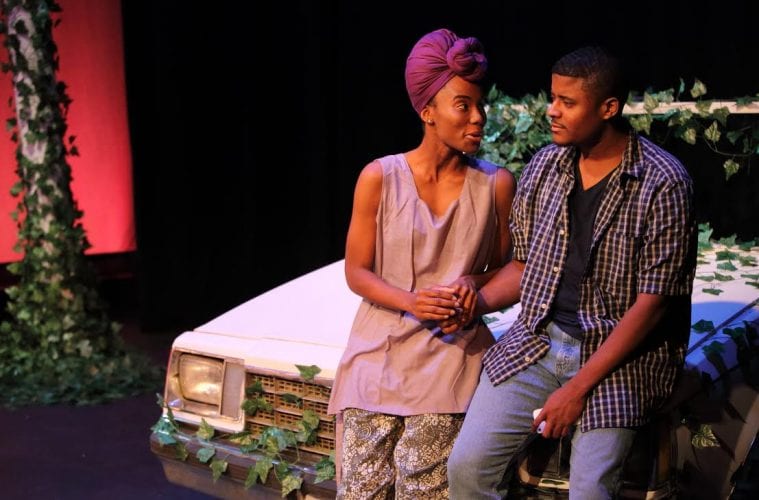 Matthew Kellen Burgos first got into theater while playing football in his hometown of La Crosse, Wisconsin, because a friend told him it would be a good way to meet girls. He couldn’t have known when he tried out for Cabaret that theater would become his lifelong passion and that he’d start a theater company. And, he certainly could not have known that theater would take him all over the country — graduate school at Florida State University, teaching at Mt. San Antonio College in Los Angeles and now relocating to Atlanta.

Burgos got into directing while he was in college studying theater at the University of Wisconsin. By his senior year, he found it difficult to be in the show without having an opinion about the rest of the show. So he begged the department chair to direct a show, and after hearing “no” a dozen times, they finally gave him a small budget to direct a one-act play called Zoo Story. That experience motivated him to get his MFA in directing at Florida State University, and from there, he moved to Los Angeles thinking he would be an actor, but he found much more.

Today, along with his cofounder Sam Ross, Burgos runs Vanguard Repertory Theatre Company out of the Windmill Arts Center in East Point. The theater is currently staging its debut performance, Atlanta playwright Amina S. McIntyre’s new drama On the Third Day (through August 19) about a family that must decide whether the boys who killed their son and brother should be sentenced to life or death. Ross owns the building, which is also home to Fly on a Wall dance company. The two founded Vanguard 10 years ago and named it after a French battalion that went to battle ahead of everyone else. By dropping anchor in East Point, they hope to bring that same spirit to Atlanta and work with local playwrights to tell daring stories. 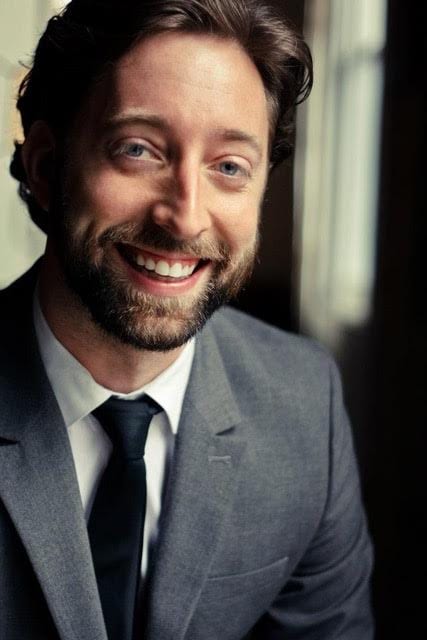 ArtsATL: So, take me back. How did Vanguard Rep come into existence?

Matthew Kellen Burgos: As I started to gain traction as a director, I got a gig at The MET Theatre in L.A. directing George Bernard Shaw’s Saint Joan, and I cast Sam Ross in that play. He was far more experienced than myself, which happens a lot as a young director, and what happened in that process is that we both knew that we could do things a lot better. In L.A., a lot of people act onstage just as a showcase, but after that process, we started thinking about what came next. That was the inception of Vanguard.

ArtsATL: Why did you move to Atlanta?

Burgos: Trying to find space in L.A. is hard, so we started talking to mayors and city planners around the country about a possible relocation. Sam is from here, and he and his wife were relocating here, so we started talking to the City of East Point, and it just worked. We found a building that no one wanted because it was a weird shape, but it worked perfectly as a black box theater if you ripped out the second floor. We’ve all been working full-time jobs and getting this going. Sam is the real estate investor, and the rest of us volunteered our time. We gave up our nest eggs for this; it’s definitely a passion project for all of us.

ArtsATL: What type of plays do you like to produce?

Burgos: We like telling stories from a perspective we’re not familiar with. We want to be a home for people who need a platform and produce plays that would not have had a shot otherwise. Atlanta’s a big enough city; there’s definitely enough talent, and there’s an already rich arts scene that’s growing. There’s good theater going on in Atlanta, but there are gaps in the type of theater being produced. We felt welcomed and that there are lots of stories to tell. We want to work with people who are from the Atlanta community.

ArtsATL: What would you like to see Vanguard Rep become?

Burgos: We want to have a season that doesn’t require us to pump out five shows to keep the company going. The long-term plan is to put up two to three high-quality shows a year, teach our master classes and foster other artists. We want people to patronize us because they know it’s good. We’re going to do our Rosetta series where we develop new work. We want to help produce other people’s work too — we want to have a Humana Festival model where artists from all over come to your space and their work forms your season. We’re collaborators. We like other artists, and we want to help the most talented hungry artists become the best they can be.