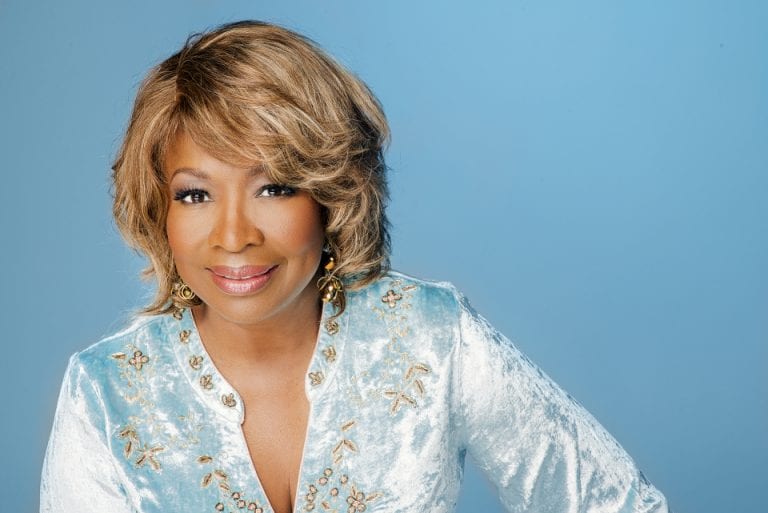 Q&A: Kathleen Bertrand on the importance of the BronzeLens Fest

Ten years ago, Kathleen Bertrand and her colleagues at the Atlanta Convention and Visitors Bureau took stock of Atlanta’s burgeoning film industry and started wondering if there was a platform for African Americans to be a part of it. Everyone knew about Tyler Perry’s Atlanta-based empire, but Bertrand and her colleagues wanted to see broader engagement in the industry for people of color and in a way that showcased Atlanta and its history and culture.

The BronzeLens Film Festival — which will run August 22–26 at the Atlanta Marriott Marquis — was born. Bertrand drew on her networks to get early sponsorships and creative direction.

Now in its ninth year, BronzeLens brings people of color from across the film industry to Atlanta to build community, create networking opportunities and celebrate film. With this year’s festival rapidly approaching, Bertrand — now executive producer of BronzeLens (and moonlights as a jazz singer) recently sat down to discuss the festival’s origins, its meaning and importance in Atlanta today, as well as this year’s programming highlights.

ArtsATL: Why is it important to have a festival specifically by, for and in promotion of people of color in the film industry?

Kathleen Bertrand: There are actually two layers to that. Layer one: our community has important stories to tell and to share, and who best to tell them from our perspective than us? The experience is one of being underserved in terms of having stories reflect what your life really looks like. So that’s the first part.

Layer two has always been to expose our community to this great, new industry that is happening right in our midst, and why should we not be a part of it? Ten or 15 years ago, our young people coming through high school and college were not saying, “I’m going to major in film.” We were not like the NYUs, Berkeleys, USCs or any of the others who were feeding people into the industry.

With Tyler Perry showing the Atlanta skyline and referencing the city in his movies, and with Will Packer, Rob Hardy and Rainforest Films right here on Edgewood Avenue doing amazing things, it felt like it was a natural fit to promote Atlanta as the destination for people of color interested in TV and film production — and to provide a platform for these people to be entertained, enlightened and educated about film and television.

ArtsATL: How do you see BronzeLens’ relationship to Hollywood?

Bertrand: BronzeLens holds an important place because we give filmmakers that first shot at being in a film festival — not everybody that comes to BronzeLens is a neophyte or amateur but many have never had a festival experience before. So we try to give them as much information as we can so that they can go off and do great things and then bring that knowledge back to BronzeLens for the next generation of filmmakers, which is our ultimate goal.

We are an independent film festival, so the hope is that someone will bring a film that is awesome enough that it gets picked up by a distributor or major studio and goes to the next level. We are also an Academy Award-qualifying film festival for short films. But the industry is changing, and filmmakers are going to other streaming platforms besides studios. One takeaway from that is there is room for everybody, you just have to find where to get in. So we try to expose our filmmakers to as many opportunities as we can through our sponsors like Turner or BET.

ArtsATL: As submissions rolled in and with your group of final selections, are there common themes or genres that jumped out to you?

Bertrand: We’ve had a number of films submitted that deal with women’s issues, women out in the world and the experiences they’re going through. Another issue that’s surfaced quite frequently this year: social justice and criminal justice. In fact, each year since the beginning we’ve done something called “Cinema and Social Justice Sunday.” It started because I wanted to do something that was distinctly Atlanta and to show that film can be a platform for speaking about these issues within our community. Film can change lives, film can influence.

ArtsATL: What panels do you look forward to this year?

Bertrand: We have a panel called “Mature-ish: Never Too Late for a Career in Film or Television.” You know the 92-year-old matriarch from Black Panther? She’s going to be at BronzeLens. Another panel we have is hosted by BET, and it’s called “Killer Creativity: A New Breed.” BET is bringing some of the new, exciting, nationally acclaimed producers, directors, writers to give their perspective on what they do and how they’ve gotten where they are. We’re really excited about this because, you never know, the next Ava [DuVernay] could be here.

ArtsATL: Looking back over the past eight festivals, what makes you the most proud of BronzeLens?

Bertrand: I can say without question it’s when I hear from filmmakers about the experience of being here and how much it means to them. You hear that over and over. The experience that we create for each one of them, they feel valued. So that’s what makes me feel best — it means everything to me.