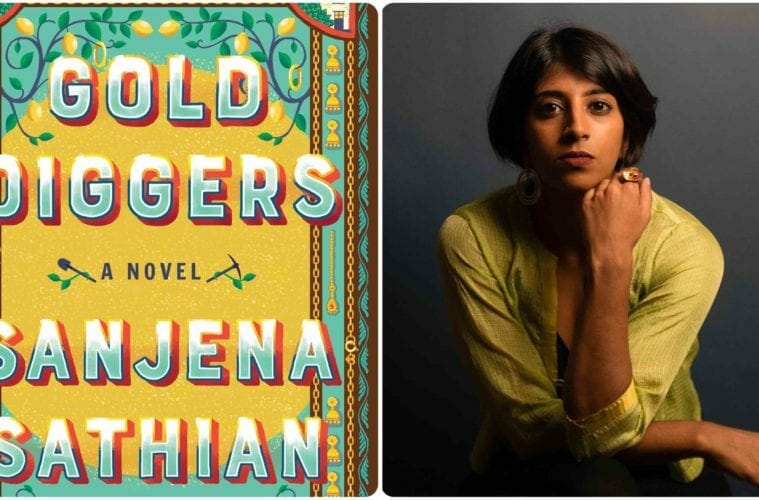 Q&A: Sanjena Sathian on the magical realism of her debut novel, “Gold Diggers”

Gold Diggers, the gilded debut novel by Atlanta-based author Sanjena Sathian — already decorated with rave reviews from the likes of the New York Times, Kirkus Reviews, Publishers Weekly and NPR — is about many things all at once.

It’s a satirical, sardonic coming-of-age story about those disaffected teenage years when one is forced to confront what life might hold after high school. It’s about the constraints and curiosities, pressures and prescriptions, of a multicultural identity, how it feels contending with the narratives often told about the immigrant experience.

In Gold Diggers, readers meet Neil Narayan, a high-school student and second-generation Indian American whose parents settle in suburban Atlanta. He feels constantly at the mercy of their lofty expectations and resents the assumption that he should have an answer for the ever-present question of “what it means to be Indian American.” Neil can’t much fathom his future, can’t see further than his teenage desire for his neighbor, Anita Dayal. 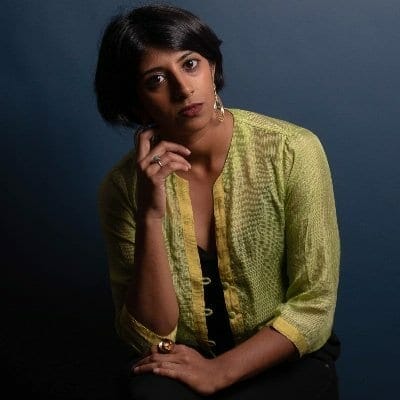 Underlying the plot of Sanjena Sathian’s “Gold Diggers” is a look at the struggles of cultural identity.

It’s Neil’s relationship with Anita that acts as the catalyst for the events that allow the novel to unfold across decades, continents and history.

Sathian was raised in metro Atlanta by Indian immigrant parents. She is a graduate of The Westminster School and the Iowa Writers’ Workshop, an alumna of the Clarion Writers’ Workshop and a former Paul and Daisy Soros Fellow. She has written previously for The New Yorker, The New York Times and The Washington Post.

Sathian recently spoke with ArtsATL about writing Gold Diggers, making magic, and the beauty and burdens of what she calls the “immigrant condition.”

ArtsATL: How did Neil and your other characters first come to you? What was it that compelled you toward this story?

Sanjena Sathian: I started with the conceit on this one. I had been really interested in the idea of gold thefts. I don’t know if you remember hearing about this, but they were happening in the suburbs where there were a lot of Indian Americans living. They happened in the suburbs of Atlanta — I think some in the suburbs in New Jersey, California, Texas. It was like this spate of robberies, and people outside the community were held criminally responsible. But I remember my mom saying, “I think Indians were involved in some way,” because how else did these robbers know exactly where to go in the house to get all the gold? How did they know all the habits of how Indians keep gold in the house?

ArtsATL: The story is, in part, a kind of coming-of-age tale about cultural identity and family, but you chose to tell it through the mode of magical realism, infusing the quotidian in your character’s lives with actual magic, alchemy and mysticism. Why magical realism as the vehicle here?

Sathian: I write magical realism. It’s about half of what I do. I’m a big fan of Salman Rushdie and he’s written about how, for an immigrant or for the immigrant condition, magic is reality. The fracturing of your logical and continuous experience that migration causes, that being “other” causes, it opens up space for new realities — because you need them. And I think that’s kind of how this book happened. 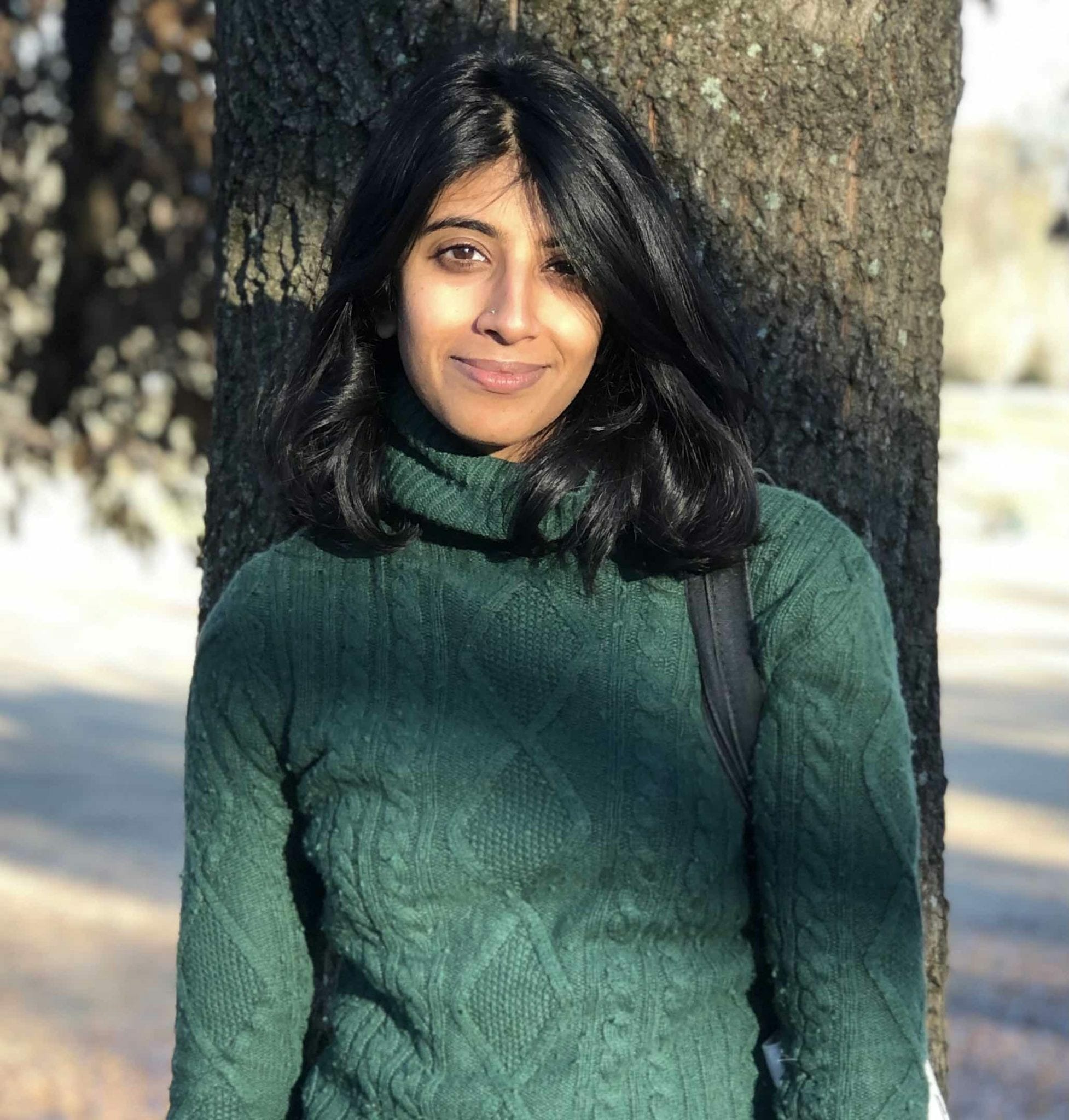 “Gold Diggers” is partially set in metro Atlanta, where Sathian grew up and still lives.

It was clear to me as soon as I imagined these gold thefts that my characters weren’t doing it just for money. There was something else at stake — achievement, assimilation, belonging. But that’s too abstract unless you dramatize it. Magical realism allowed me to give some shape to forces that might otherwise seem sort of generic. You can’t write about them on the nose, unless you find this sideways way in.

ArtsATL: The settings — Atlanta, Silicon Valley, Bombay — feel like characters themselves because they’re so fully drawn. They aren’t just landscapes, stages, where events unfold. They are actors in that unfolding. What can you tell us about writing about these places?

Sathian: Hammond Creek is a kind of fictionalized suburb of a bunch of Atlanta suburbs. It’s a mash-up of Alpharetta, Johns Creeks, a little bit of Gwinnett County and Dunwoody, which is where I partially grew up. It took me a long time to be OK with writing about that kind of place. These are unromantic spaces that I did not have a connection to. I was in graduate school and I had writer friends who were writing about Port-au-Prince, about picking salmonberries in Alaska, these beautiful off-kilter barns in western Kentucky. And I was like, “Am I about to write about strip malls with TCBY’s and Kumon Math Centers?”

But the truth is, there’s this Joan Didion quote about how in order to claim a place, you have to lovingly write it and wrench it from itself and stake your claim. And I realized early on that that’s what I was going to have to do with the Georgia suburbs, and that changed my relationship to them. The same thing happened when I started to write about Silicon Valley, where I lived when I was in my early 20s. Again, a bunch of sort of no-places like strip malls, highways, things that are unromantic but are also so essentially American. Those came to life for me.

ArtsATL: Parts of your book are set in Bush-era 2006, part of it is set in 2016 — both politically contentious times. What drove the decision about the time periods of the novel?

Sathian: Some if it was kind of by accident, because those were the times that I grew up. I grew up in Georgia. I was in fifth grade when 9/11 happened, and our neighbors, White people who lived next door, came to my parents the week after 9/11 and said, “We have contacts in the Bush administration if you’re ever in trouble.” I think we understood that the way that people looked at Brown people in the South was already fraught and then it just got worse. I watched my dad and brother be harassed at airport security. It was a thing we joked about, but it was also very real.

It’s not as though I chose those settings to evoke certain sentiments. I was writing the book, and that was just part of the fabric of reality. The magic and the humor ends up needing to have something serious to bump up against.

ArtsATL: You pose the question of what it means to be Indian American. Neil is constantly confronted with this question, and while some of the people around him are interested in what it means, Neil resents it, is annoyed by it. He resents the assumption that he should be thinking about it and negotiating it all the time. Can you speak to that? 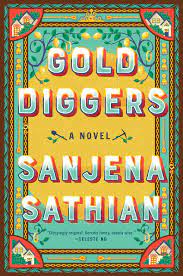 Sathian: I empathize with both types of people — those who are obsessed with this question, and Neil, who disdains this question. Because the truth is, there’s no way around it. I feel critical of some of the ways that people make things like samosas and Bollywood movies stand in for culture. But I think there is a rich version of this question that sends us to history, to who shaped the Indian diaspora as it stands today, what shapes it as it stands today — which is obviously where Neil looks for some of these answers.

It’s this constant doublespeak of thinking about identity — whether it’s being a woman or being a person of color or being queer. It’s a thing you have to think about all the time, but you also get so tired of thinking about it. The characters weave between those feelings and never come to any conclusions. So it’s a burden, but it’s the kind of burden that if you find an interesting way to shoulder can be a big gift.

ArtsATL: What about the irony you build in the book that exists between ambition and success in the immigrant story — the simultaneous constriction that ambition and the pressure to succeed has on your characters? For example, when the older mother character was growing up in Bombay, she was told that America offered the freedom of a different way to be, this notion of expansion and opportunity. For Neil, growing up in modern-day America is suffocating by what he perceives as the one and only way he’s allowed to be Indian American.

I think for many immigrants, it’s “get [to America], be safe, have a home, have your visa status settled.” Have roots. That’s their “moreness.” And for Anjali, growing up in India the ’80s, the “moreness” is materialistic. It’s, “Oh my gosh, they have Campbell’s Soup there.” It was economic possibility.

I think for the second generation, and for people in the second generation like me who have bristled against the idea that the only purpose of our lives is to become higher on the ladder of upward mobility, the “more” that we want is — dare I say it — spiritual. It has more to do with, “Can we make art? Can we do journalism? Can we be organizers?” It’s wanting to feel a freedom of internal choice. And I’m pleased to see that happening with people of my generation. There are more of us getting to try different things. And we all free each other in that way.